We had 13 folks out last night and four games running. 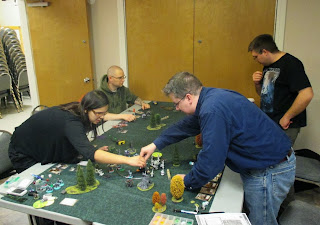 The was a huge and welcomed cast of relative newcomers playing Warmachine and (I think) Malifaux (not sure--too busy with my own game). 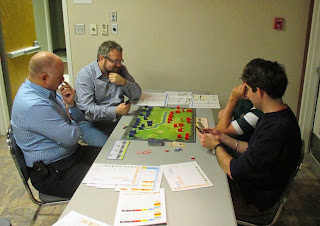 The rest of us clustered around a game of Commands and Colours Napoleonics, freshly stickered and mostly still unpunched. 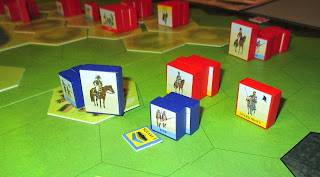 We played twice with the French and British each getting a win. The left side of the British board was the sight of some rather nasty action each time, with the terrain dictating an initial push there. 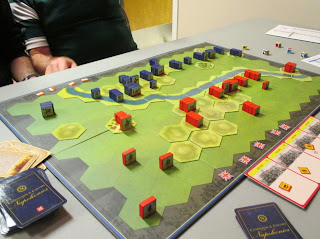