I took a small commission awhile back and I've finally moved the first part of it off the painting table. These are 28mm Malifaux hill-billy gremlins (from the Outcasts faction). 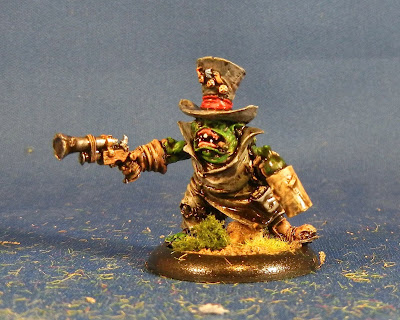 These are metal figures and were very nicely cast. There was almost no flash and most pieces fit together perfectly. First up was the boss hog character. The challenge with him was getting the glass bottle of hooch to look right. I eventually opted for a wet-on-wet blend of greens to suggest light reflecting off translucent glass. 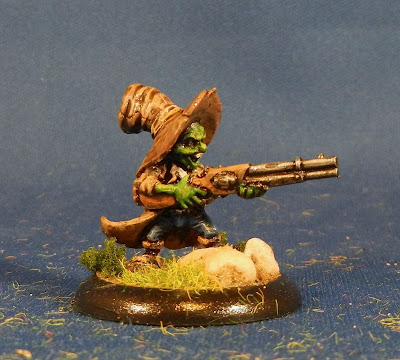 There were then a couple of meat-shields wielding some sort of revolver long-arm. The fellow below was particularly bijou, in my view. 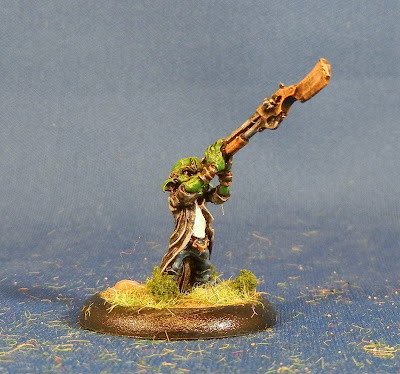 The guy below is listed as a taxidermist. Behind his back he's holding a very nasty set of pliers and a bunch of other blades. I enjoy his monocle and tricked out hair. 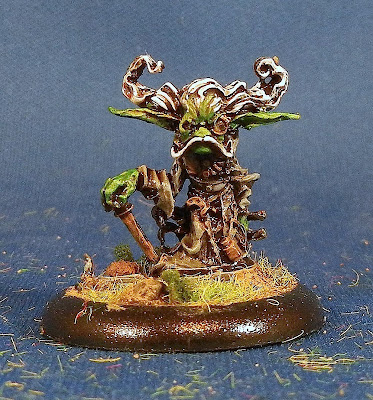 Then a couple of more expendables. How often do you get to paint a banjo, in miniature gaming? This is my second in nearly 30 years--the other being a wild west extra. The guy on the right is looking through a telescope. 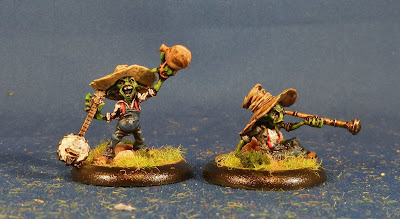 Finally, we have the run-away war pig with the poor fellow just trying to hold on. I love the character of this sculpt. 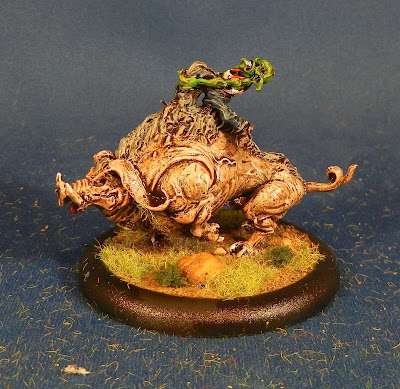 Up next: I have a couple more piglets with dynamite strapped to them about half done and I've just started the flesh on a series of olde timey hookers from a different faction. I hope to finish up this commission this week and then move onto some 28mm lizards with ray guns that I traded Tim for.
at 8:37 AM

Very nicely done! Lots of character in the models

You mentioned "most pieces fit together perfectly", that's encouraging as one of the things that has been putting me off getting into Malifaux was the impression that they were fiddly models to put together

Kingsleypark: Not too bad. I used a gel-style crazy glue and licked one of the piece immediately prior to assembling to accelerate the crazy glue. I also production-lined assembly so I could do another model or two while the bonds set up on the first figures. THere was one of the goblins (can't recall which) where I did a small amount of surgery with a knife but nothing too difficult. Much easier that drilling out hands for spears (which I detest).