We had 10 guys out for the second last club night before MayDay and two games ran. 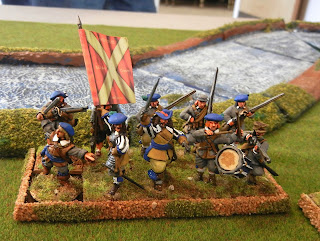 Dave hosted an ECW game using a version of Warhammer. No idea how this turned out but they were done in two hours and I heard Dave say "I've never seen that happen before" to Terry. Looks like Dave's game is ready to roll for MayDay! I believe Chen, Will and Guy also played in this game and Kevin popped in for a visit. 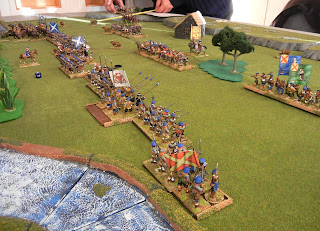 I hosted Alan, Scott and Bruce in a game of 1812: The Invasion of American. We played 3 on 1 in the first game and I thought things were going well for the Americans as I pressurized Montreal. But then Napoleon gives up the ghost early and things started to go downhill. 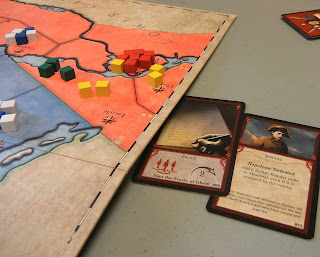 Oddly, a small battle at Oswego cost me the game as the Canadian militia rolled south and bagged one of my deployment zones. This was a terrible, terrible drubbing! 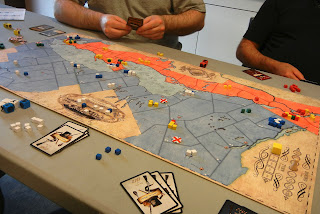 We played a second game and, near the end, the Brits were up four objectives to none. Then suddenly Alan and Scott catch fire, grab a bunch of territory and play their last truce card. Sonofabitch, I lose again! A good time and I much appreciated the patience of the players with my rules knowledge (and poor play!)

Up next: Some 28mm renaissance have the base colours blocked in so I'm moving onto the fiddly details. I may also have a 10mm commission inbound. And I might do some terrain work on the weekend.
at 6:12 AM

For reference, the scenario was Alford 1645 pitting Montrose versus Baillie. Covenanter muskets shot a unit of Gordon horse out of their saddles at long range- takes a lot of 6s to do that. But in the end it didn't help the government and the other unit of horse broke the right flank and Baillie fled the field.

This was a mere warm-up to MayDay, I have twice as many troops to field for the Battle of Inverkeithing!