Following ritualistic sacrifices to the Gods (i.e., having my in-laws over to Christmas dinner), my wife consented to a games day with eight guys from the Edmonton Wargame Group. Our plan is to have a three- (or four-) year campaign with eight players tomorrow. There will be map moves using rules derived from Tim Brown's various HoTT campaigns with tabletop battles resolved using Dave's and Mark's 1/72 armies and Basic Impetus. 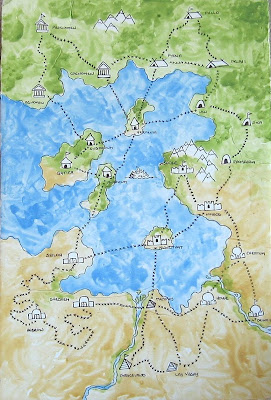 In the category of Christmas miracles, I emerged from the basement on Boxing Day to find my wife and daughter playing a wargame. Now, admittedly it was Battleship, which is mechanically defective (no CnC, no morale mechanics, ahistorical fleet deployment, simplistic combat system) but it is a step in the right direction! 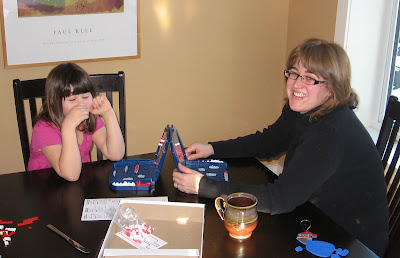 There is also an interesting variant in the rules called Salvo! which allows a bit fast resolution by using a more realistic combat mechanic and step-reduction in fire power. It is not Victory at Sea or Flat Top, but getting there!