I've just finished basing a 15mm Hittite army I painted up. Need to do a camp and all, but I think the overall effect is quite nice so far. these are all Old Glory figures. 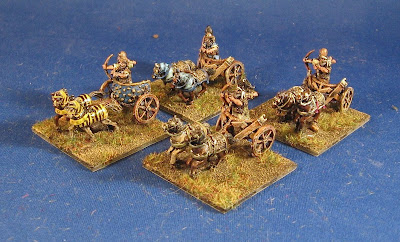 The army comprises four units of chariots, including a chariot general. 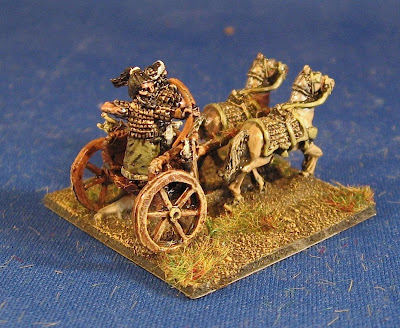 The chariots looked a bit clunky when I was building them but then got much better when painted. 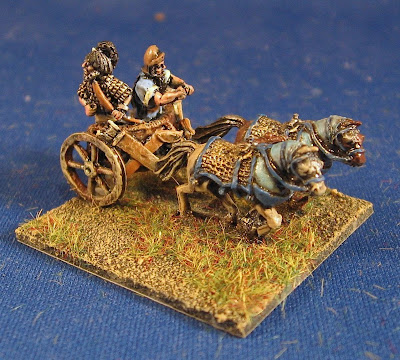 Dave and I split a couple of packs of chariots and I think I got one Hittite and three Seas People chariots in the end. Anyhow, these guys give the army some speed and punch.

There are also nine bases of 3Sp. I chose some subdued colours for these fellows as I am also building a New Kingdom Egyptian army which will be brighter.

The details turned out pretty well with the dip. 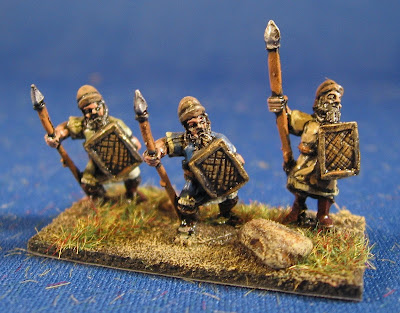 Hard to get a good shot upclose but this one turned out okay. 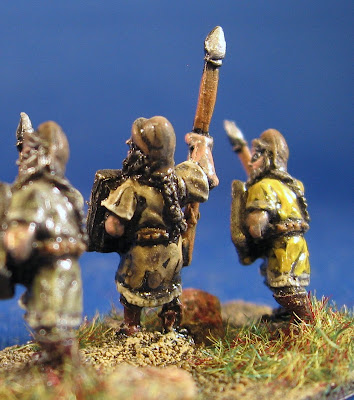 There are also a pair of Ps that I used bows to represent. 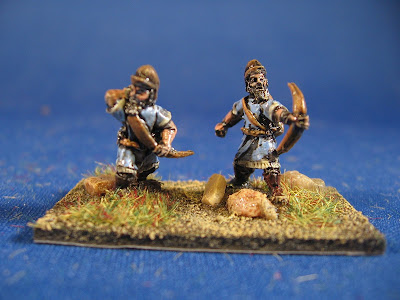 And one base of hordes (arab allies?) 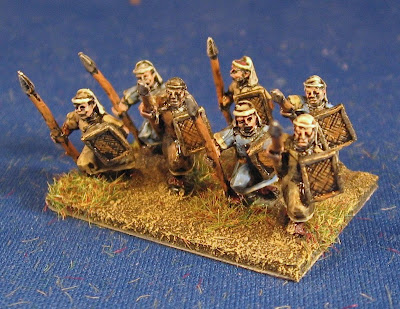 Overall, I'm pretty happy with how they turned out. Now to figure out what kind of camp I should build and get their opponents all painted up! 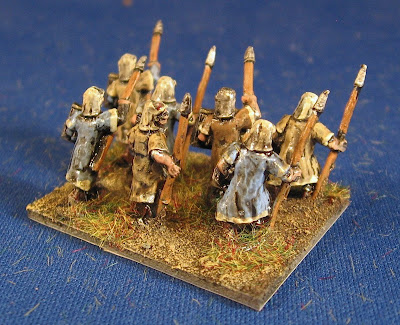 Up next: Some Basic Impetus with Bruce to test out the map mechanic for my MayDay game. And then onto some NKE!
at 11:50 AM

Holy Crap, Bob! You are a DBA army painting MACHINE!

Yes, if only I was this focused at my job! But seriously, DBA is the perfect size for an army. I can knock one off in a week and then move on. What a nice change from monster armies for other rule sets.

Preach it, Brother! for the cost of one army in another system you can do a whole campaign in DBA! BOO-YAH!

WOW! the word verification on the last post required me to type "undead"!? Bob, you have the coolest blog ever!?

Anonymous said...
This comment has been removed by a blog administrator.
November 3, 2015 at 1:24 PM

Whoops! Hit delete on a :nice work" comment when I meant to hit reply! Sorry Cama4! And thanks for the note..