With the temperature at -40 and my wife occupied with a computer problem, I finished an all-option 15mm Marian Roman (II/49) army that I would like to move out for $55 (postage in US or Canada included). The figures are all Museum Miniatures (excepting three mystery bowmen figures) and were hand-painted by my over a black undercoat and then hard-sealed. The army includes 55 figures on 16 bases. First up is a 4bd general. 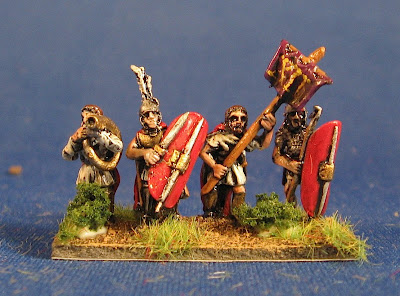 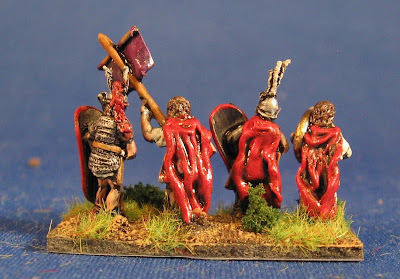 There is also an optional 3Cv general stand. 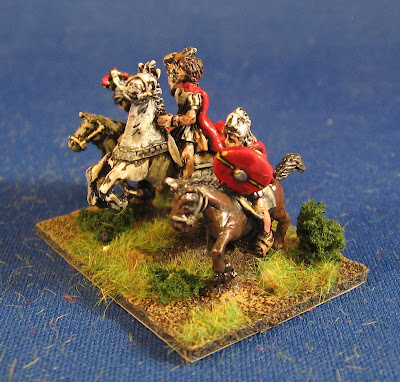 Then there are eight more 4Bd stands. These are the core of this army and give it immense punch against other foot armies. 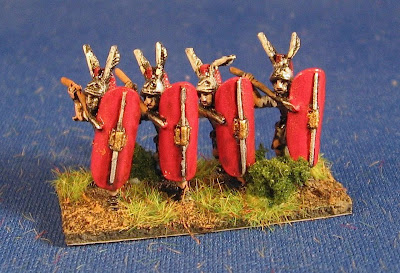 There are two 2Ps to give you some skirmish capability. 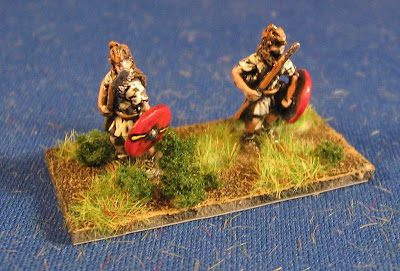 There are also one 3Ax and one 4Ax stand if you find yourself in some rough terrain. 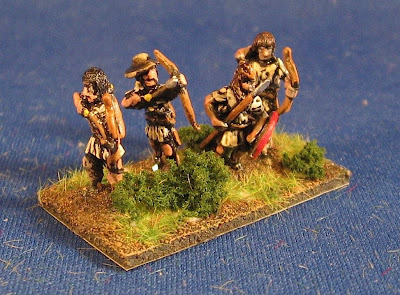 The bowmen on the 4Ax stand are of an unknown manufacturer. 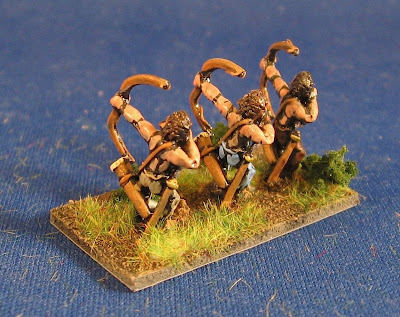 Finally, there is one 3Cv. 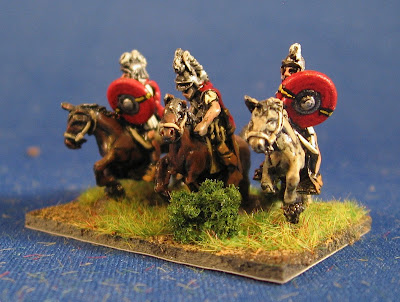 And one 2Lh in case you want some additional mounted power. 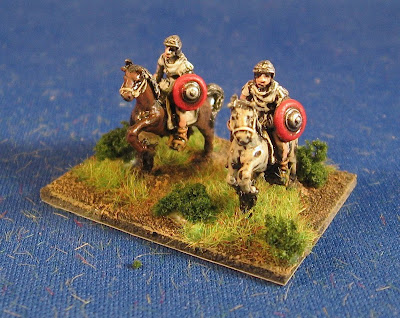 This is a good starter army for DBA. They fought almost everyone (including other Romans!) and are fairly easy to handle. Put the legion in a line (with psiloi supporting) and anchor your flanks on terrain or with some cavalry. Then roll high! All come from a smoke- and pet-free home. The sttic grass is GW which nicely matches the new Citadel game mat.

Contact bob.barnetson@shaw.ca , Payment by paypal. if you are interested in buying. Proceeds go towards a new gamin... errr... pool table for the basement.
at 3:07 PM

Hi, this are the set that Museum sell as "marian roman"?

I think so? This post is from 2009 so things may have changed.