Bruce hosted a miniaturized game of Panzergrenaider last night, expanding upon the play test he ran at the club last week. The Allies entered the board on the left and there were Axis forces coming from the bottom and right of the board. 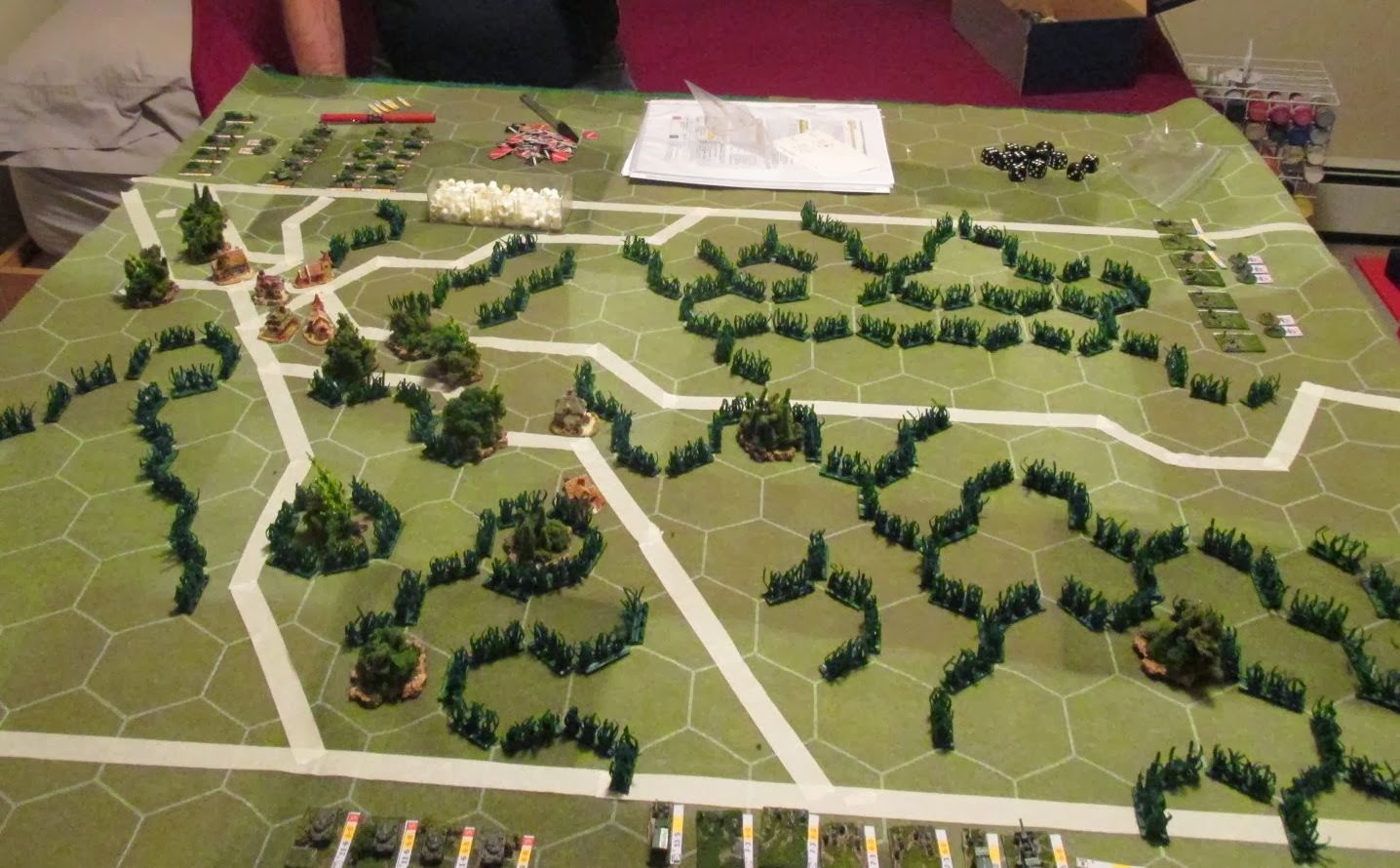 The Allies had to get off the left side of the board in 12 turns and the Germans had to prevent that. I've never played Panzergrenadier before but the rules were reasonably easy to pick up. Below you can see the flood of Allies entering the board (Shermans were indeed cheap and plentiful!). 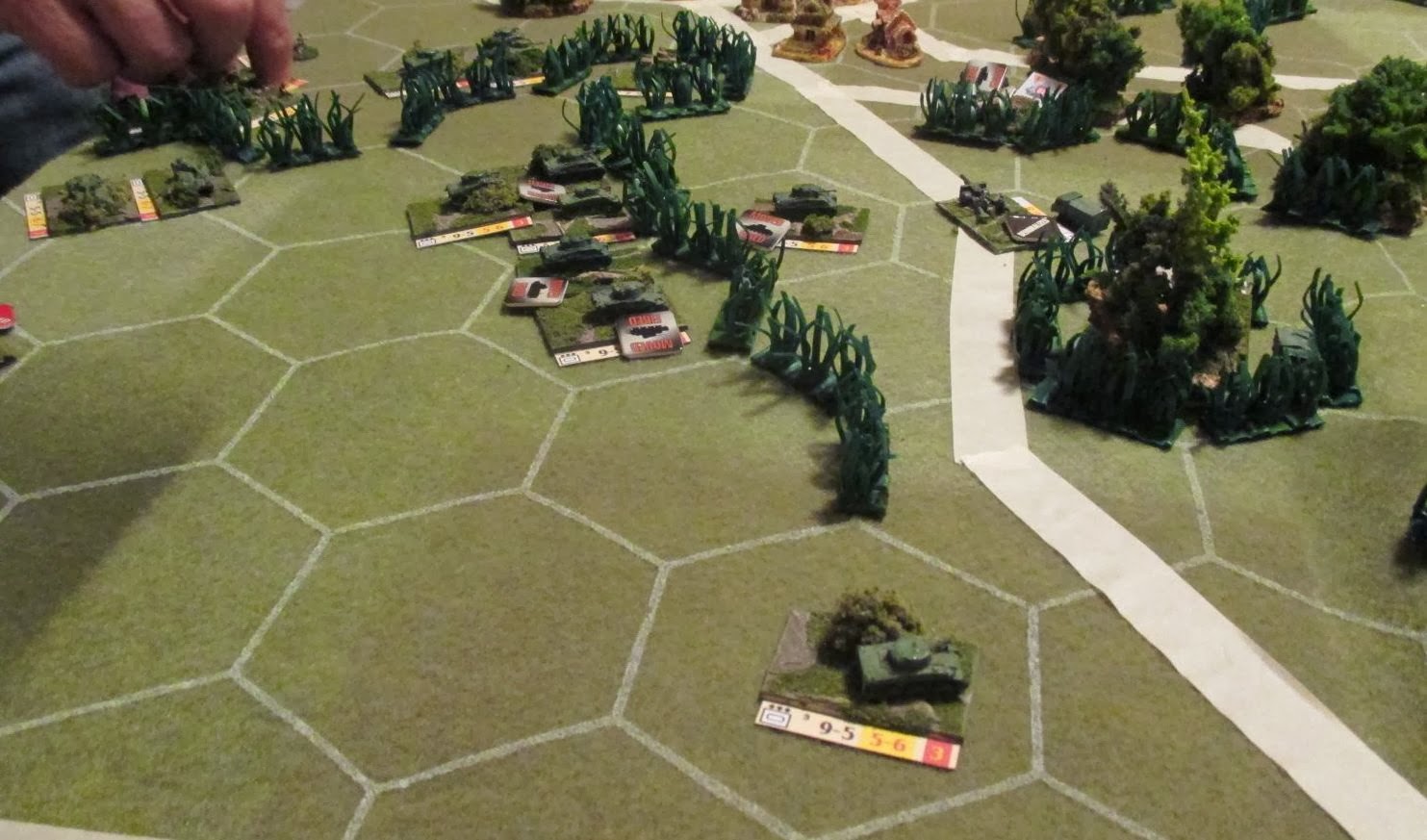 I managed to tie up the Allied advance in three places with close combat. One I won against expectations (yay dumb luck), one I was in the process of losing (because I was stupid about it) and one I won by feeding troops in (good tactics!) and rolling high (good luck!). Both of us rolled a huge number of snake-eyes (including two in a row for me--about 1 in 1300 chance)

Tactically, this game was a German win (lots of Shermans burned and the drive stalled). Strategically it was likely a German loss--I lost about half my force, which would have been irreplaceable in the context of Normandy while the Allies would have been back with new tanks and troops the next day. The rules had some interesting features. The combat results table takes advantage of the binomial distribution of 2d6 in a way I had not seen before (although I'm no expert on CRT).

Up next: Some board game pieces are underway and some more 15mm Germans have also shown up. Then back to some 1/72-scale ancients.
at 8:16 AM