I picked up a small 15mm WW2 commission and managed to finish almost all of it this weekend. These are Battlefront model.

There were a pair of eight-wheeled armours scars. One of them had two turrets so I paint both and will let the owner choose which vehicle he wanted to field. 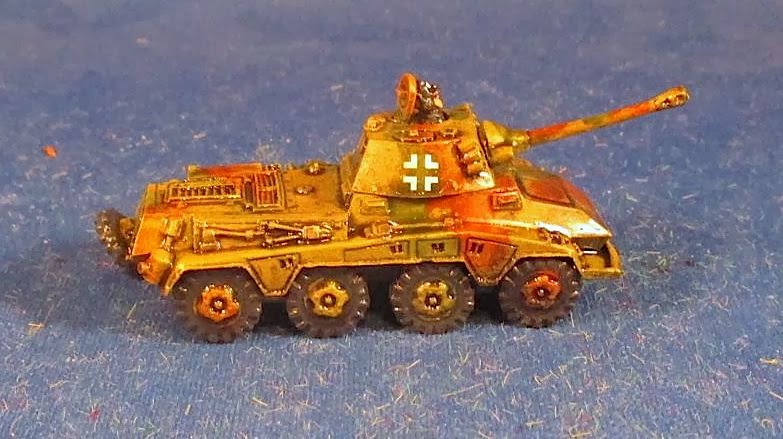 There was also a battery of four half-tracks sporting rockets. 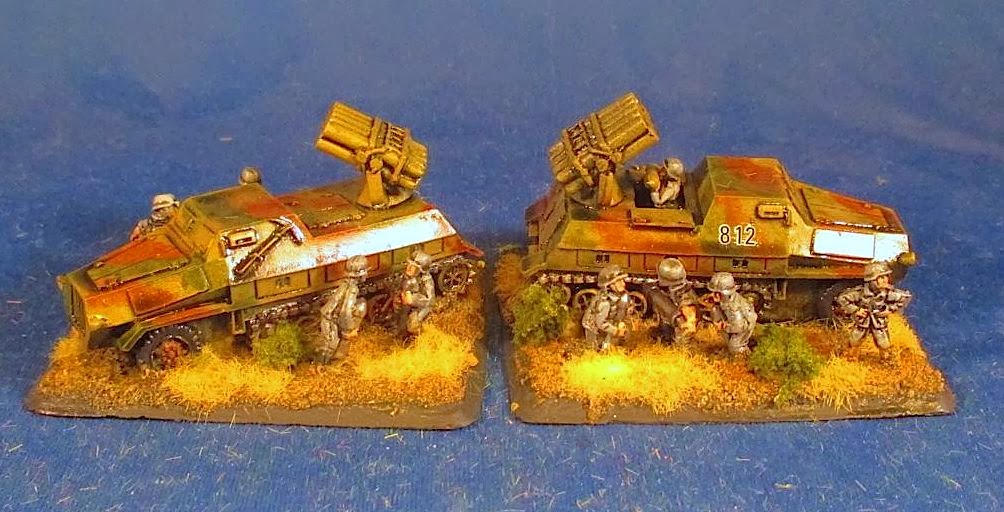 These were interesting models (I've never painted these before) with crew. 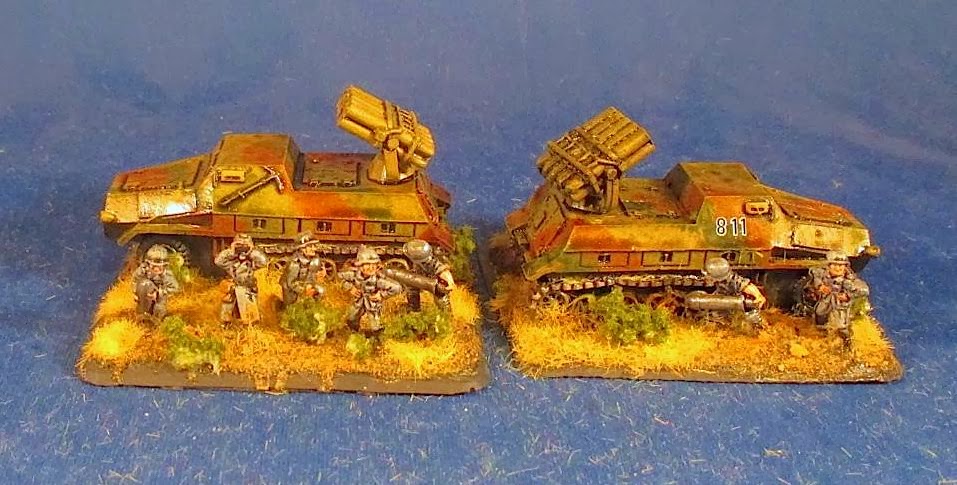 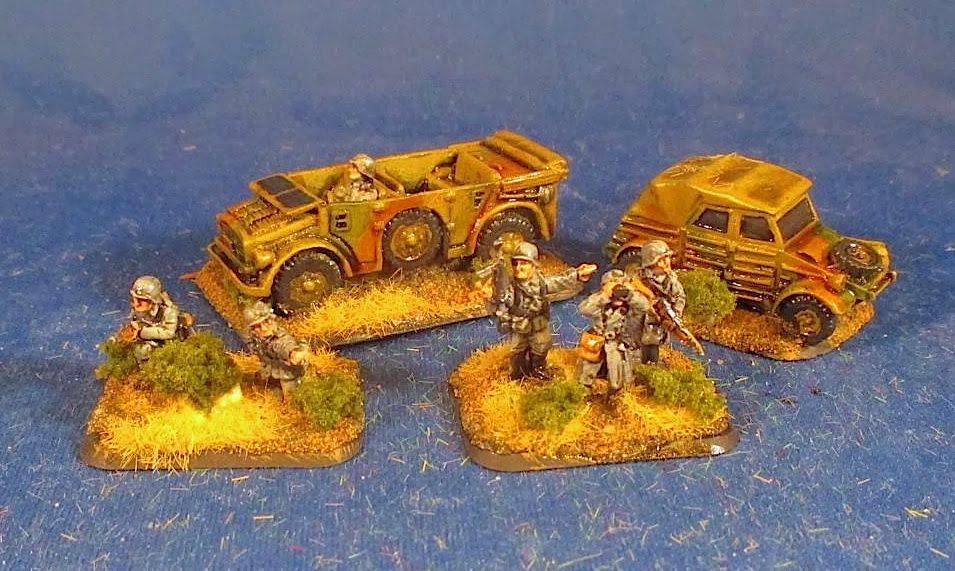 Up next: Some 15mm artillery and a plane plus some gaming with Bruce on Tuesday night. Then onto some board game pieces.
at 5:00 PM