We had 15 players out at the club last night, with three games of War Machine, a game of Fireball Forward and a Napoleonic block game underway. 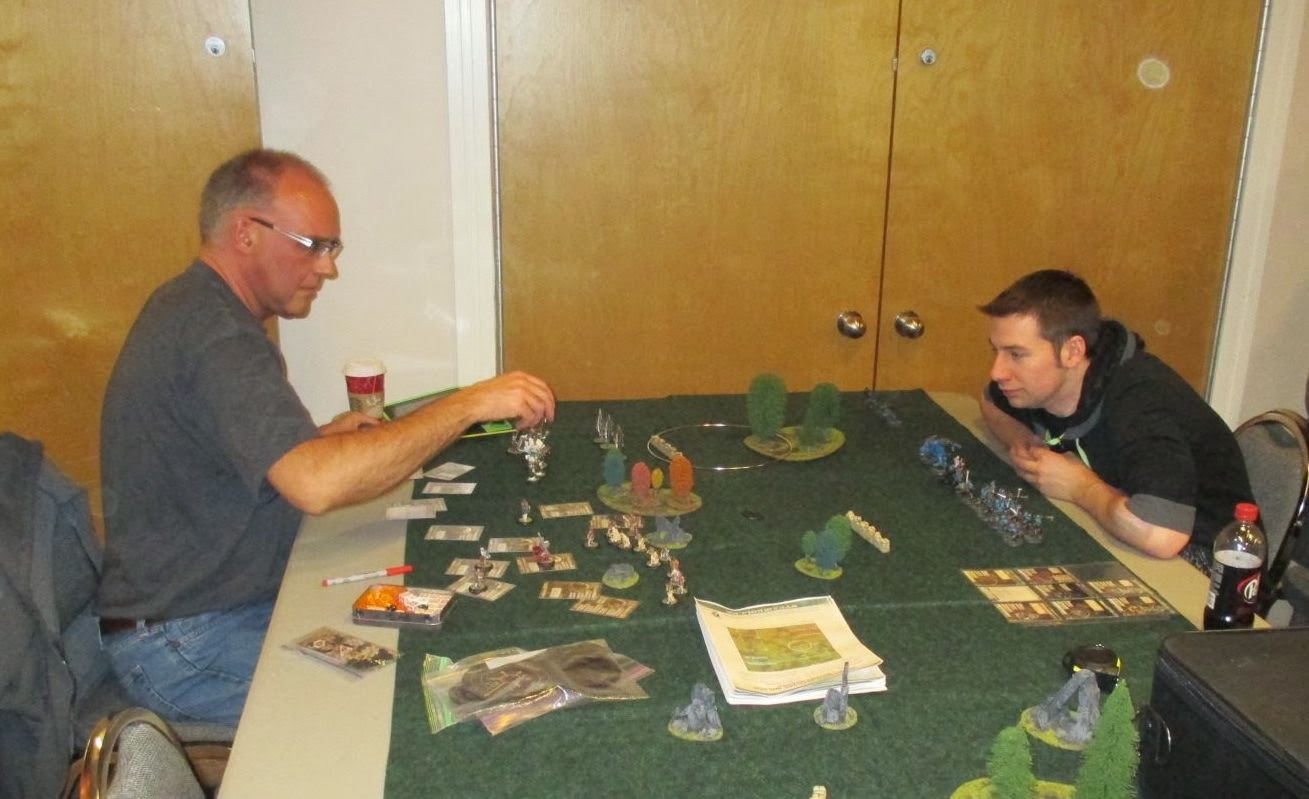 There was BBQed schnitzel during the first play of Fireball Forward as the might of early war Russian armour lit up Terry's tanks. 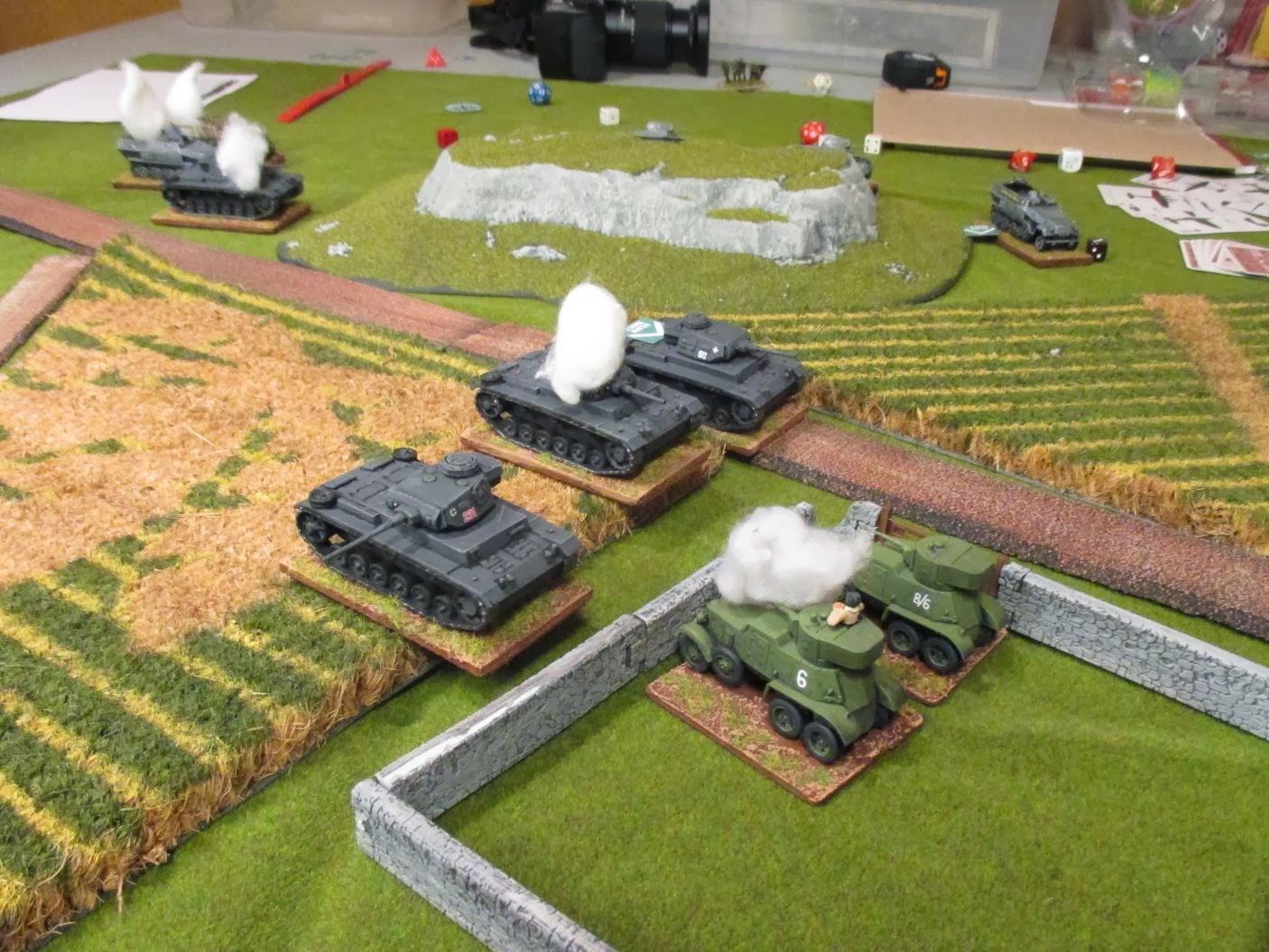 I drew the French on this play test of Bruce's new Napoleonic block game. 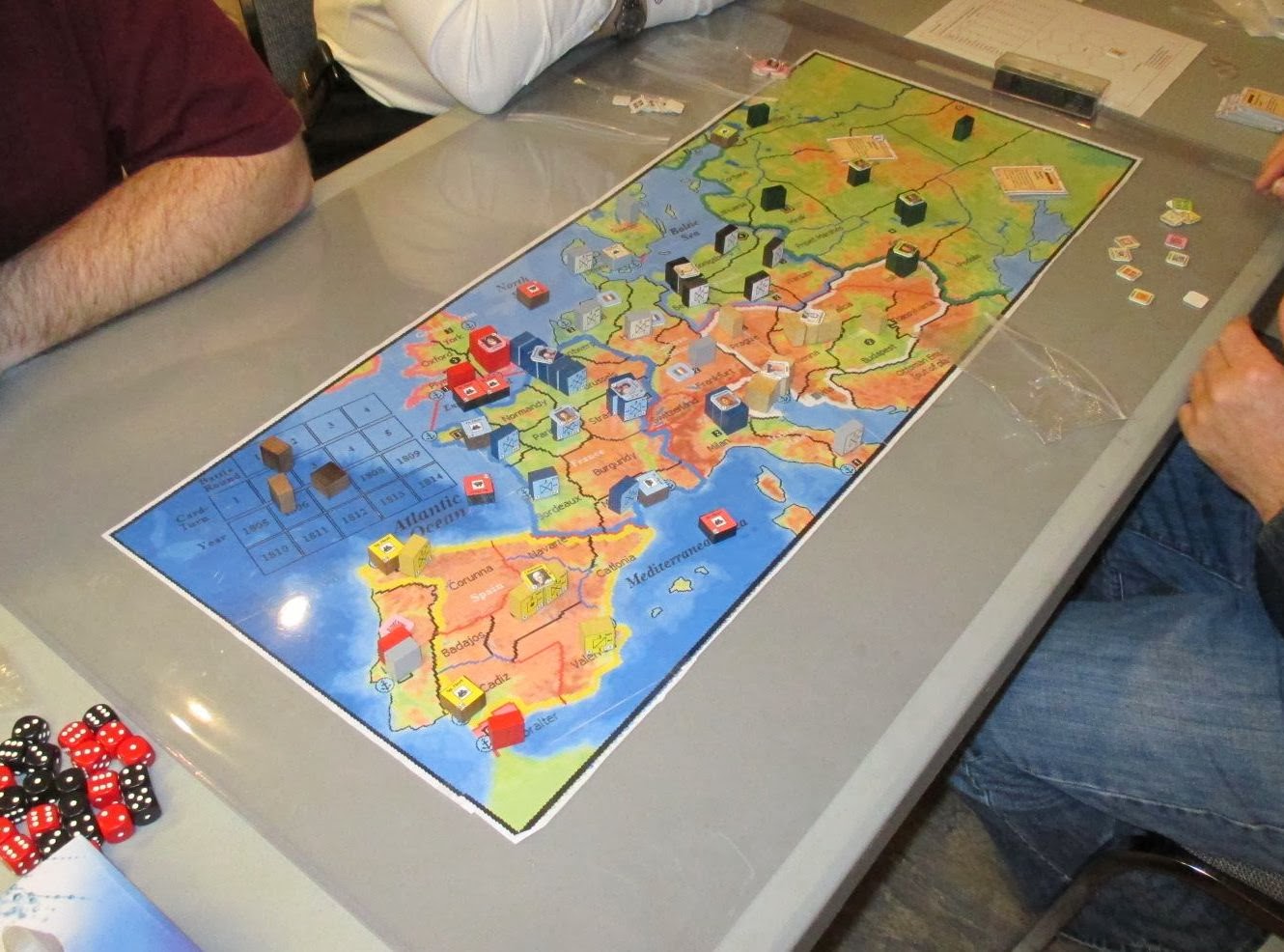 After pushing back and joint Austrian-Russian attack on the peace-loving French, I extended the (mailed) hand of Friendship to the Austrians. Only to be stabbed in the back by the dastardly English! The French are so misunderstood. 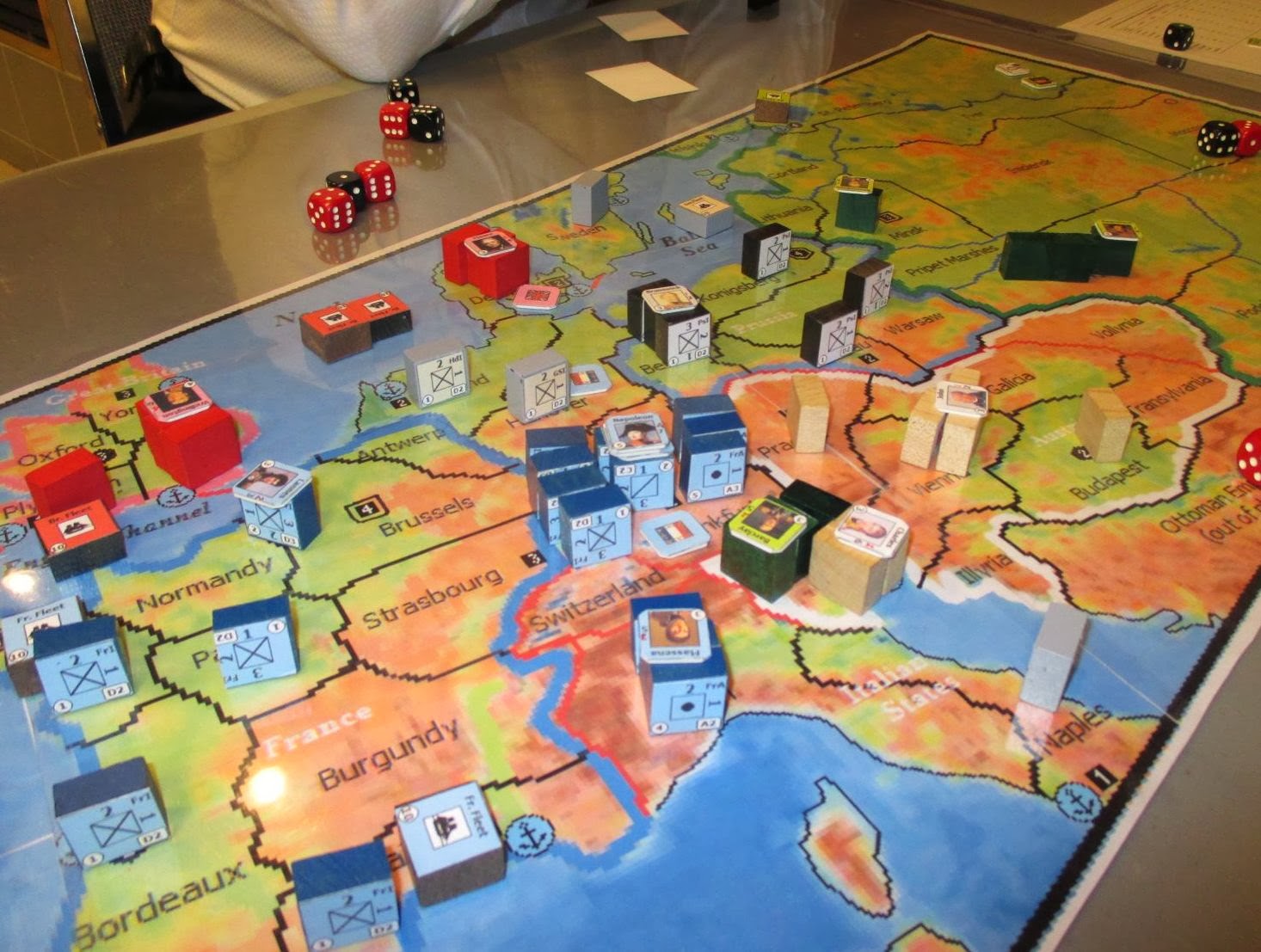 Up next: I have some dystopian wars ships to decal. I've also started block painting a 1/72 Theban army (HaT figures(.
at 6:38 AM