We had an awesome turn out at the club last night with 15 or 16 players showing up. There were eight (I think) war machine players prepping for a weekend tournament. There was also a game of Battlefleet Gothic in the far corner (too crowded to get to for a picture). My CCA game didn't attract any players so I packed up at 7 and went home to bed. But Bruce's game of Panzergrenadier ran (been awhile since I've seen his micro armour). 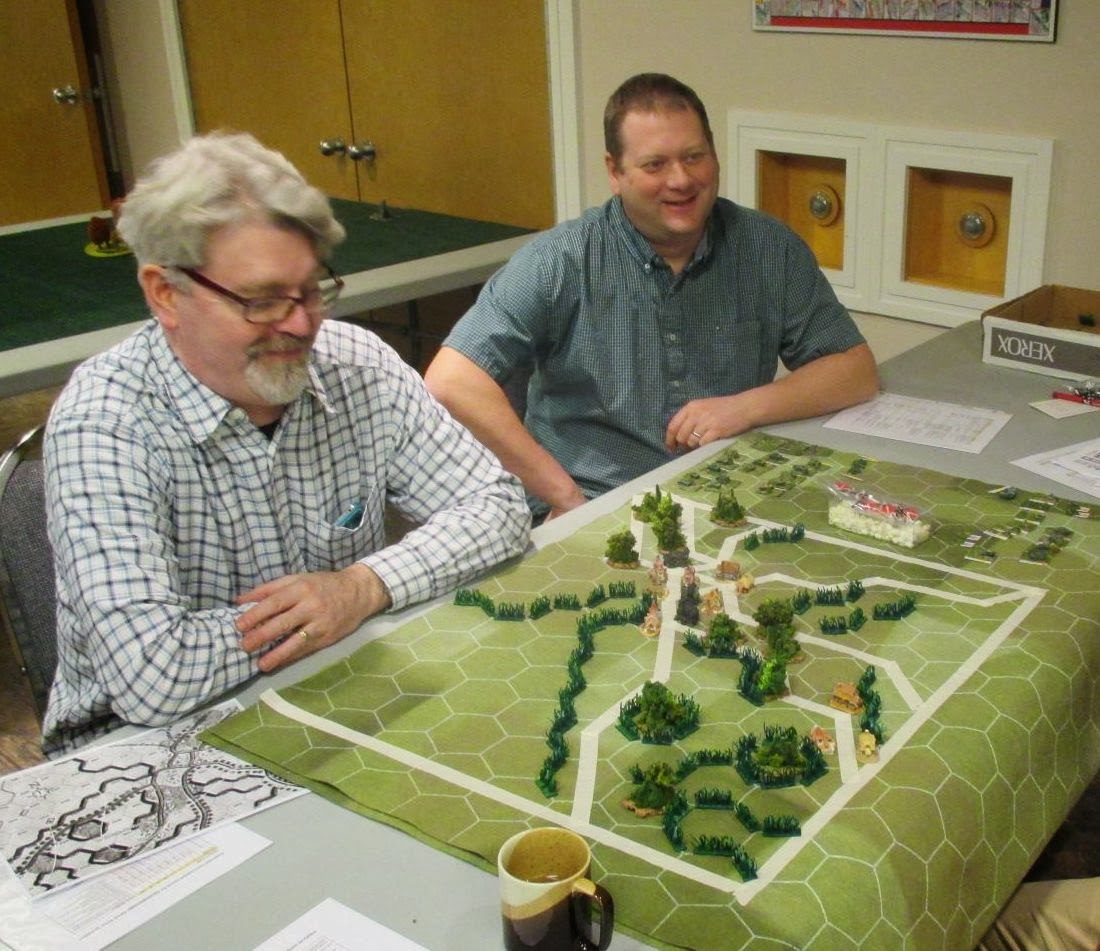 There was also a game of Battlelore. 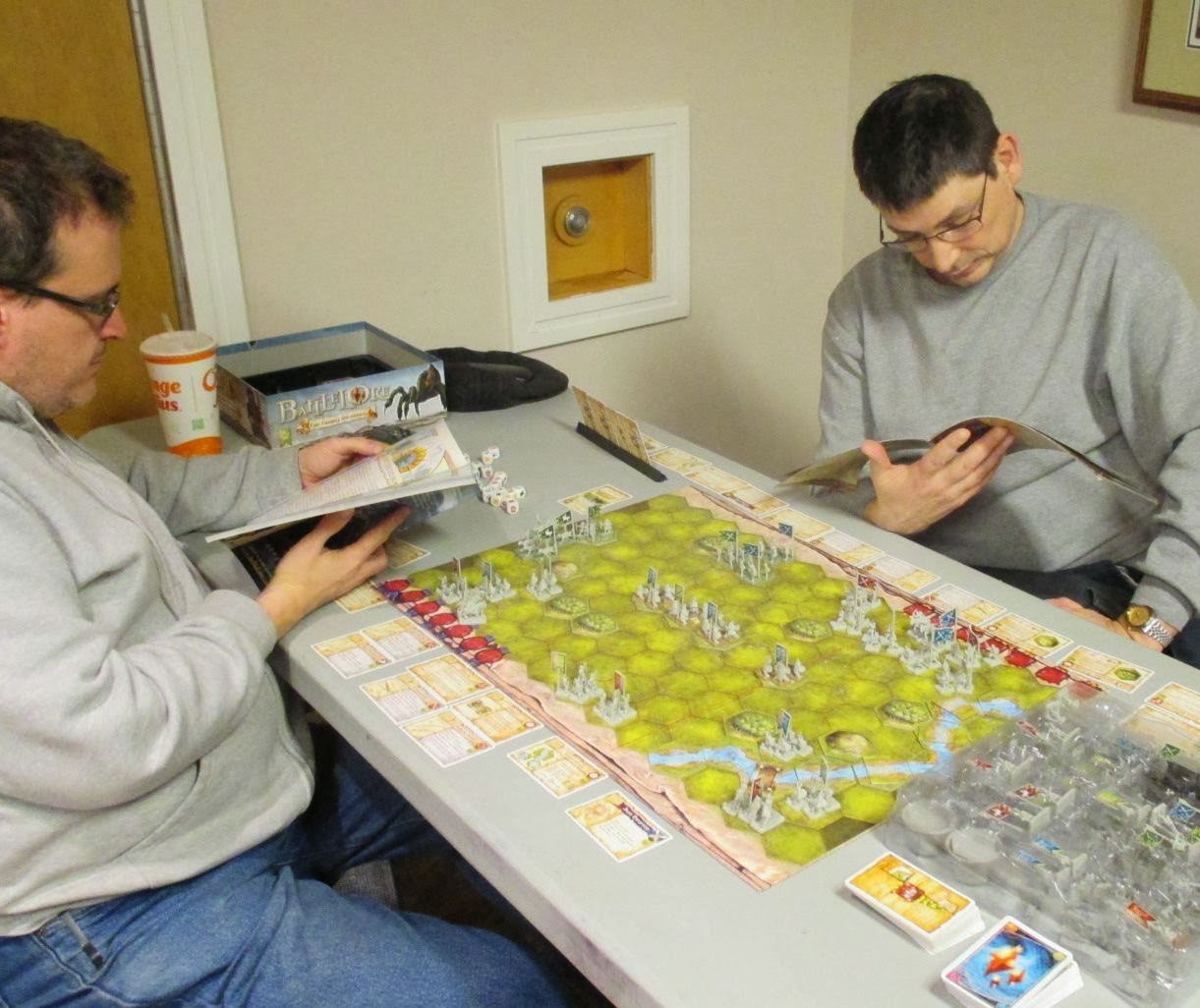 Up next: I have some 15mm WW2 to start paying down some camo on. After that perhaps some more CCA units.
at 6:15 AM