I traded some painting for a fleet of 1/1200-scale Prussian ships from Spartan Games' Dystopian Wars line. Over the last few weeks I've painted them up. 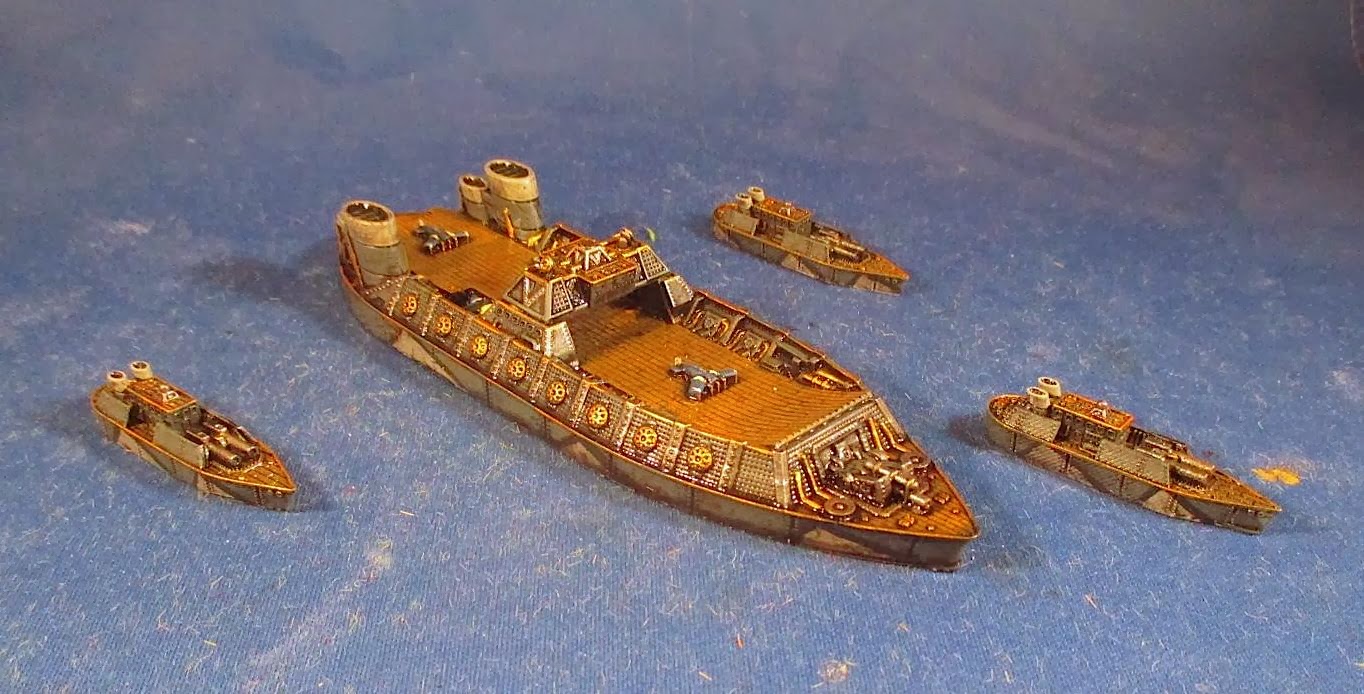 This is the Rhine Class fleet carrier with three Stolz class destroyers. I wasn't sure how to paint these guys up. I wanted a militaristic functionality that I associate with Prussians (hence the blue/grey colour and camo on the sides of the ships). But I also wanted some spit and polish (thus all of the brass and silver).

This is an Emperor Class battleship with four Arminius class frigates. The sheer number of ships also meant that I needed a painting scheme I could replicated across all of these ships without spending a month on it. And all of the lovely detailing meant I wanted to play up the wooden decks.

Here we have three Reiver Class cruisers and another five frigates. I've tried some close-ups to show the detailing. Below are the battleship and the carrier. 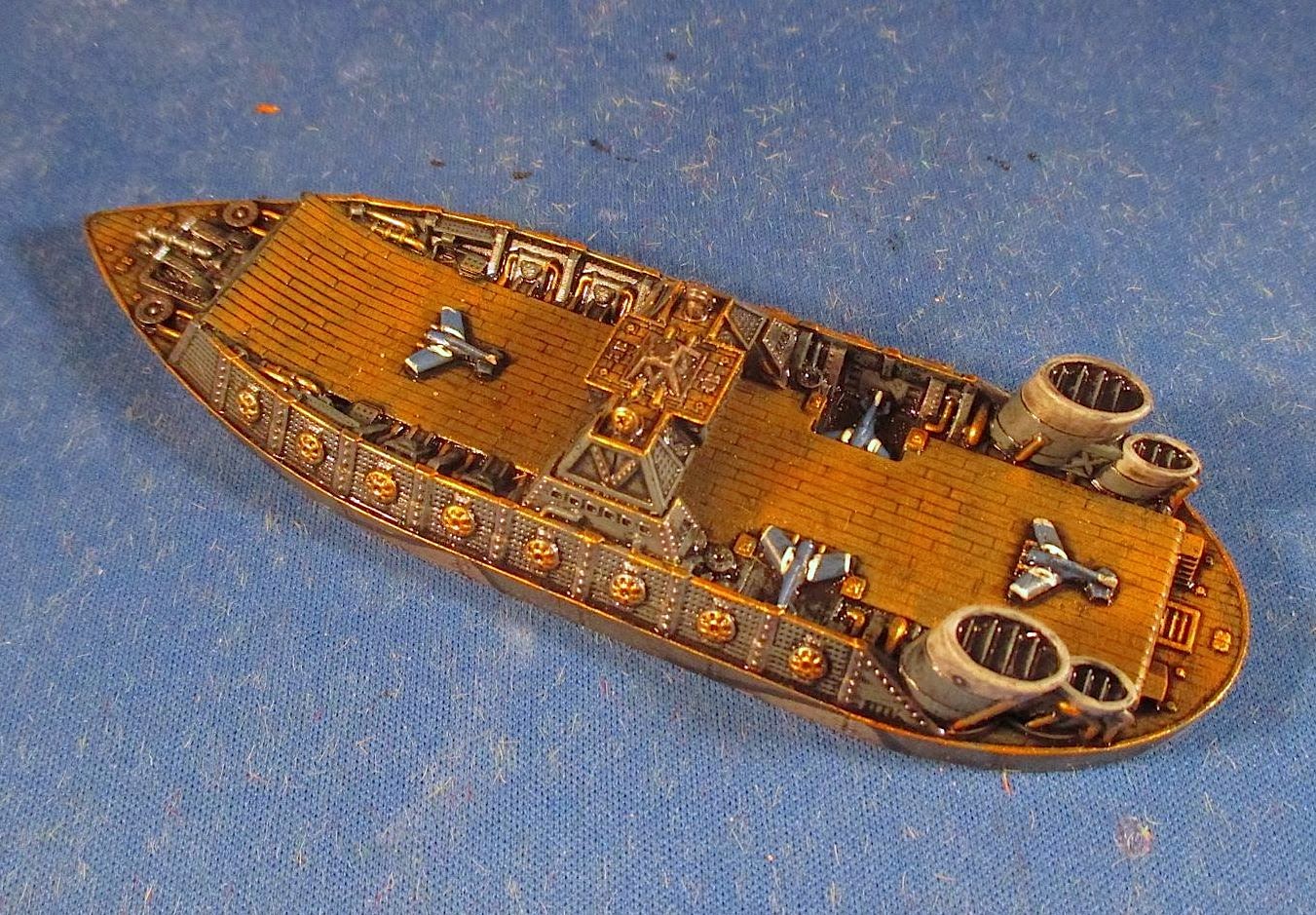 There were also two Geier class bombers. These have lovely clear flight stands but I couldn't get the camera to focus on them while on the stands. 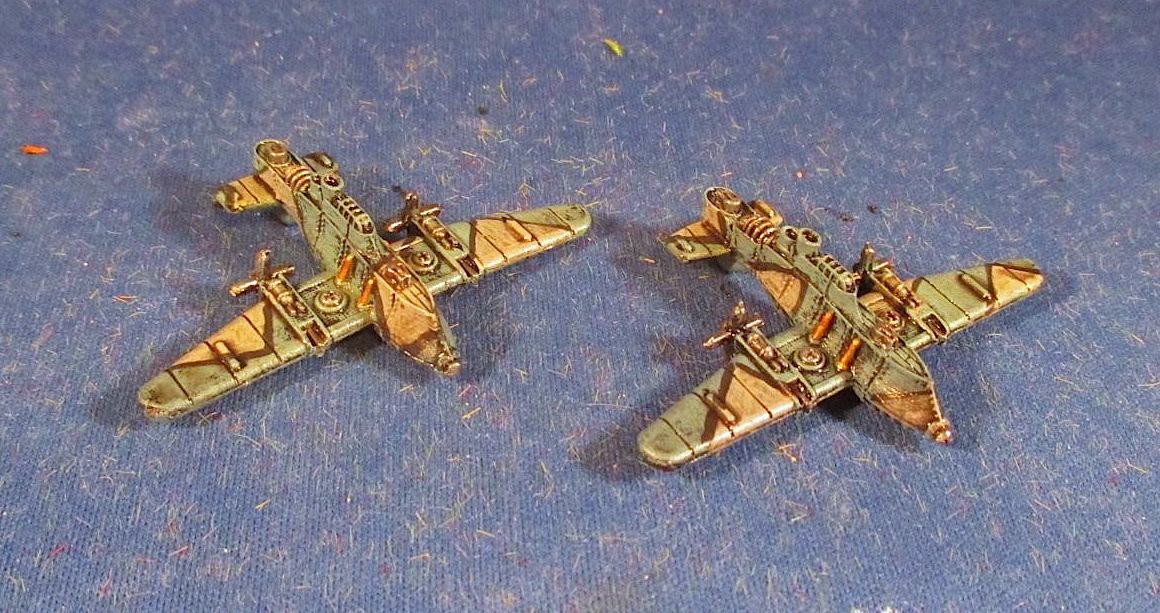 And then there were 17 (I think) bases of these tiny fliers. The base is about an inch-square to give you a sense of the size of the planes. 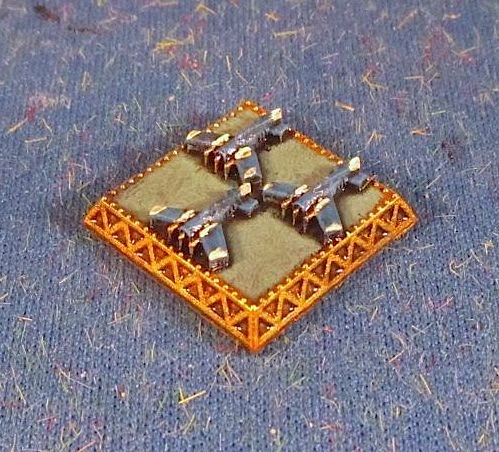 Up next: I have some 1/72-scale Thebians that I'm block painting and a bunch more 1/72s primed. I also have two 15mm sturmtigers to build and paint (wow, a WW2 model I've never painted before!). Then I will move onto a Confederate fleet to match the Prussians above.
at 7:30 AM