I'm cleaning out my gaming cupboard and moving along armies that have not seen much use in the past two years. Thus I have for sale this painted 28mm Hordes of the Things skeleton army. It comprises 84 foot, six mounted and 1 dragon figure. All units are based on 60mm frontages. 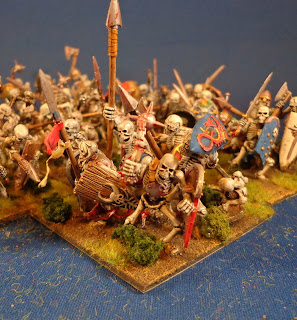 First up is the dragon. He is tall and could serve as a dragon, a hero, a flyer or a god. 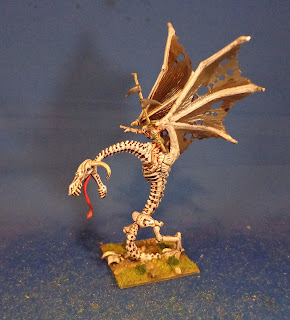 There are also three bases of mounted, which I play as riders but could also be knights. 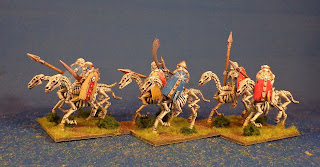 The bulk of the foot are these seven large bases of skeletons. I have played these are hordes but they could also be warband or spear. 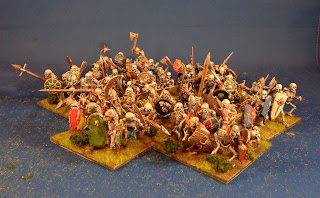 For a specific scenario I also did five bases of Roman-themed skeletons. I play these as blade but they would also work as spear.

There are three bases of shooters. 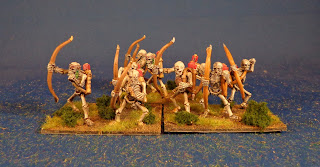 The general is a magician (could also be a cleric). He has a custom made cloak, a gem on the end of his staff and reads from a book atop a pulpit of skulls. 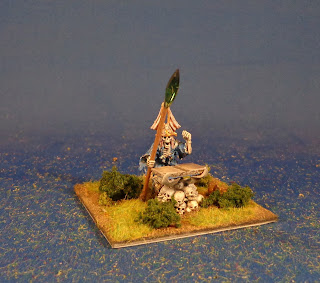 There is also one base of lurkers bursting up from the earth. These help balance the point total is you play the base above as a cleric or the large bases as hordes. 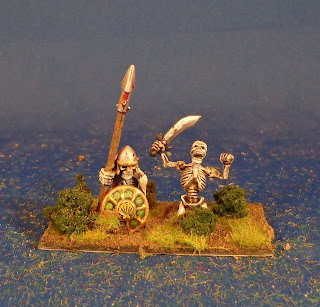 Very nice! Plastic or metal? That can make a difference for some buyers.

I think this is all plastic. Makes shipping cheaper!