I finished up the last of the 28mm Lord of the Rings orcs I picked up at the MayDay auction. These are mostly GW plastics I based for Hordes of the Things. I decided to use a layering approach to their flesh and keep the rest quite simple (reflecting a primitive material culture). 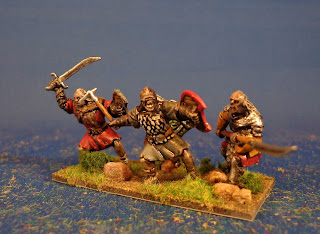 I wanted to give this army some mobility so did three bases of Wargs. I'd play these are riders in HoTT. I could not find any proper wargs but Kevin had an old box of demon dogs he dug up for me.

I found two bow-figures so mixed them in with a few leftover goblin bow to create a mixed base of shooters. 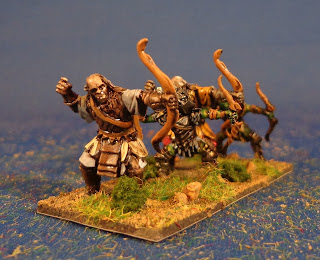 For characters I did a base of (anti-)heroes and a magician (aiming for Saruman). Either of these could be the general.

There are also four bases of orcs, including a base with a flag that could serve as a general. These I'd play either as blades or warband. 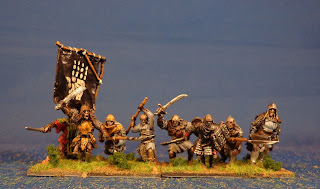 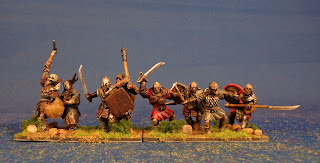 Up next: I'm priming some 15mm cavalry today and painting on some 25mm medievals. Tuesday is club day but up next will be a two-army deal on my LotR HoTT figures.