I've been chipping away at a few projects these past few weeks. One of them is a HoTT medieval army to donate to my club's spring auction. I have a number of medieval elements done (most men-at-arms) but wanted to add in some punch. 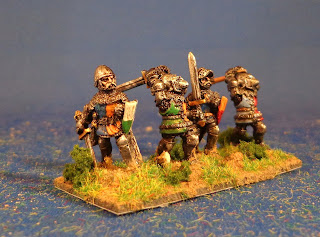 So I picked up these old sculpts which have lots of detail for washes and painted them.

There were also enough figures for another mean-at-arms spear base. 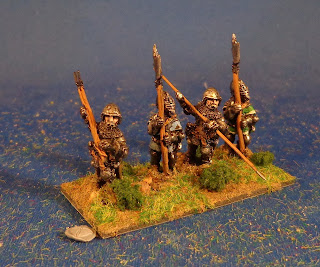 And I found some old Ral Partha (I think) figures in the box to make a magician stand (going for the three weird sisters from MacBeth). I love the cat hiding behind the one lady's leg. 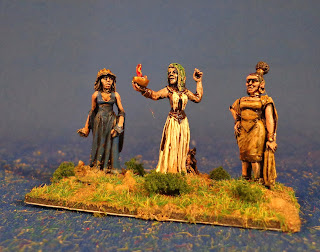 Thanks Phil. Yes, I'm hopeful they will attract some dough at the club so we can pay the rent next year.

Hello! I really enjoy your blog, and so have awarded you the "Liebster Blog Award". You can read more about it here: