We had about 12 guys out last night to the club, with three games and our autumn auction running. Dave hosted Guy, Scott, Terry and Justin in a WW2 game using A Fist Full of TOWs. 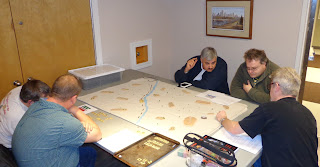 British versus Italians using 3mm picoarmour. I think the base below is 1 inch square. Lovely figures, a quick game and the British managed to pull off a win. 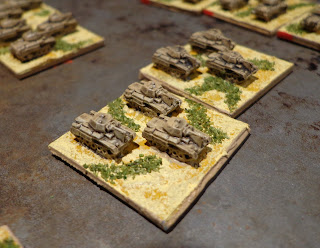 Will brought out a scaled down version of Dux Britainium in 28mm with Chen and Neil playing. 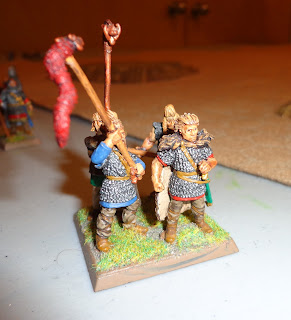 And Kevin and Elliot played a game of Warmachine in prep for a weekend tournament. The auction brought in just of $300 (good job guys) which will help keep us solvent for another while! 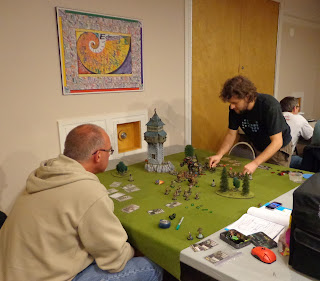 Up next: I have some LotR armies to sell and am working on some 25mm medievals and 15mm cavalry.
at 2:07 PM