I picked up some late Roman troops in the MayDay auction that seemed to fit the bill for Romano-British. So I'm slowly painting up two warbands for Songs of Arthur and Merlin. First up are mounted and foot versions of a standard bearer. 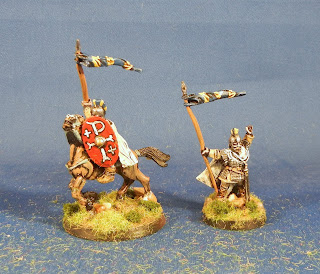 I'm not sure of the manufacturer. I'd guess West Wind? Much of the rest of the warband is Old Glory, but the core characters seem to be a different manufacturer. 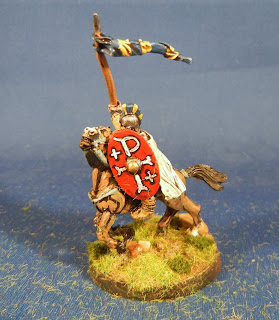 Not sure I did the armour any justice on this foot fellow. I was going for a washed out look but the result kind of blows. I will likely touch this up with a warmer, leather colour. 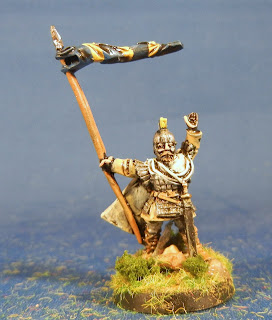 Up next: There is club tonight, then some more Romano-Brits are drying and I have built a primed a second set of 17th century Polish cavalry (cossacks).
at 6:49 AM