Just a quick update before I duck out for a meeting this afternoon. I spent some time this week chipping away at a large number of 15mm Saracen horse. I'm done everything except the tack, rider clothing, shields and weapons. This sounds like a lot left but goes quite quickly--should be based up by Tuesday. 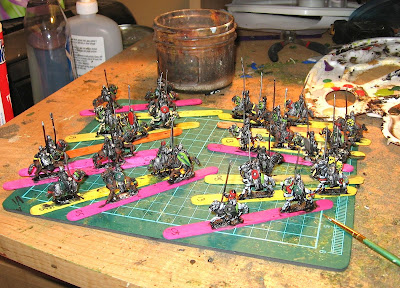 I also worked some more on my wooded area markers. Last week I created some with stiff felt, paint and foam core. The effect was okay but I was a bit disappointed.

I went back and decided to make the edges of the areas a bit more natural looking by curving them. 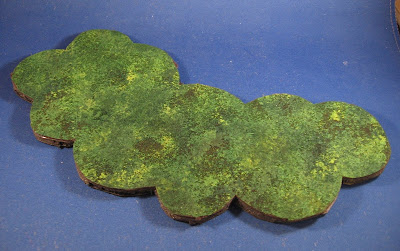 I think the result is an improvement. 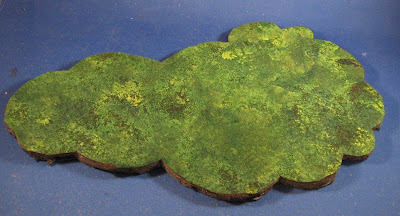 So I painted up three more 12x18" panels to experiment with. 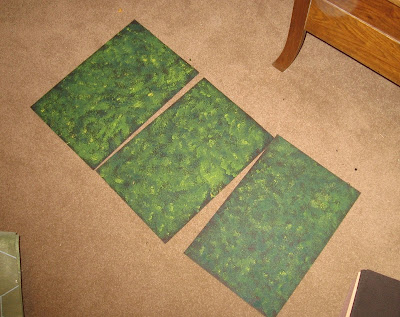 I also took a run at some more AWI rebasing. I have finished all of the British except a few more bases that I need to order figures for as well as adding on flags. 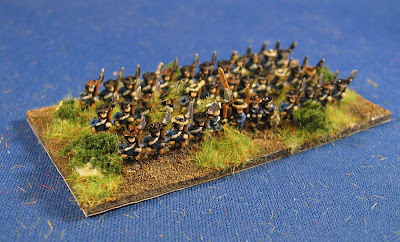 I did about 15 bases, including some American State troops. Likely I should have used different colours for the jackets. But the era is so blue versus red in my mind that I'm not going to repaint these fellows now. 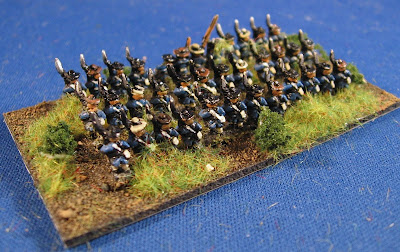 I also did up some cannon. You can see the base where I misplaced the second cannon. I have left room for it in case it turns up before I order a replacement. 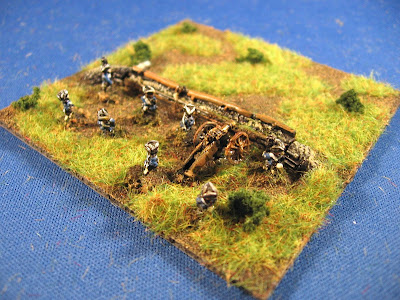 Thanks. The contrast between the stippled paint and the smooth edge was too jarring. Making them look curvier helps smooth that out. I wonder if I should also stippled the end of the foam core with paint and then set it on a slight smaller piece of foam core (painted brown) to create the effect of a canopy and trunks. Might be too much work.

Thanks Phil--yes, a big improvement!