We had 14 guys out last night at the club, with four games running! Justin, Andy and Russ played another game of Command Decision 4, with plenty 'o tanks on the table this time. As the Russians tell it, they decided defence was for the cowardly and tried to catch the Germans at their start point. 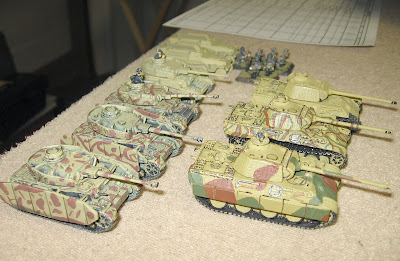 Then, from the depths of time, emerged WRG 7th Edition, with medieval armies supplied by John. Bill joined him for what sounds like a dramatic time. 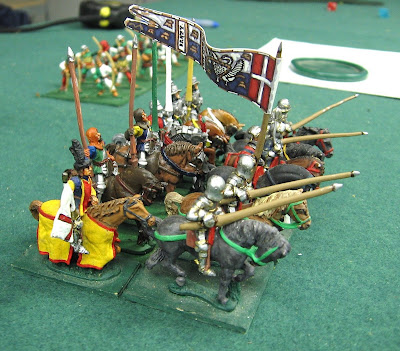 Bruce hosted the Daves plus Mark in a game of Black Powder. 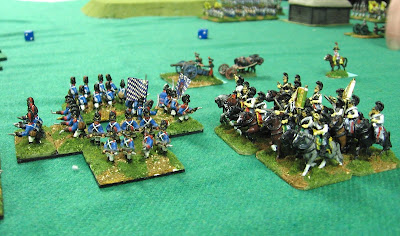 Finally, Scott hosted Chris, Chen, Kevin and I in a game of epic CCA. 12 feet of table, nearly two dozen units a side and an interesting command system layered on top which made for a nice variation on the usual game. 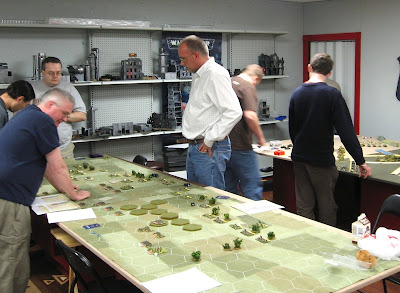 I believe the games split one win for each side, with both games coming down to the wire. Well played! 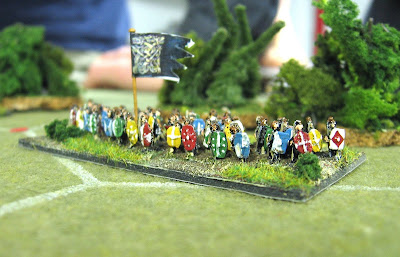 Up next: 15mm Saracen cavalry are drying on the bench and should be done tonight. Then a bit more AWI basing before I take a week of holidays.
at 7:42 AM