We had 12 guys out last night with four games running. An excellent turn out on a snowy winter's night. 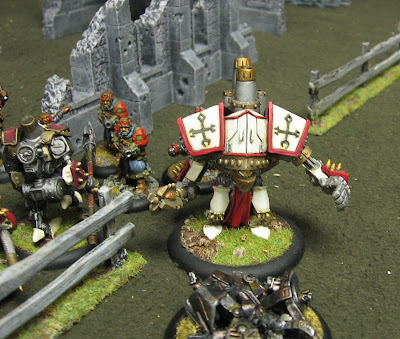 Elliott, Matt and Kevin played a game of WarMachine, I have no idea what this is about but the figures they had were fantastically painted and they seemed really into it. 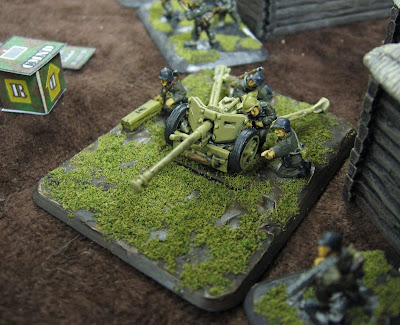 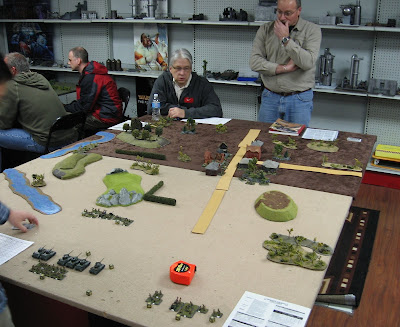 This looks like a good game and had not yet reach conclusion by the time I left. Nice to see some WW2 out on the table again!

Scott and Dave faced off in game 3 of their WAB campaign. 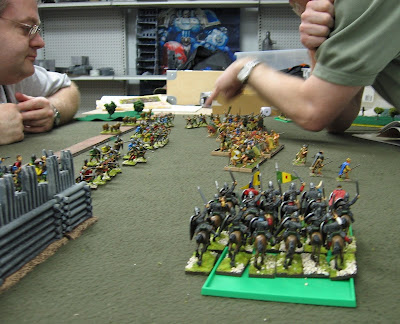 I believe Dave won, although Scott's ploy of pinning Dave's troops with bow-firing rabble and then charging home with his Norman knights looked like a hell of a good idea. 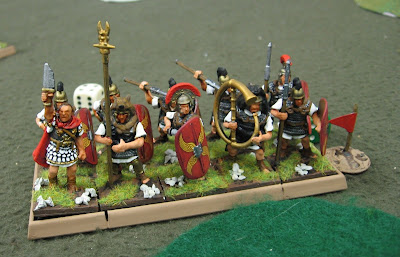 They also managed to get in a game of Basic Impetus with Scott's Macedonians facing down the might of Rome. 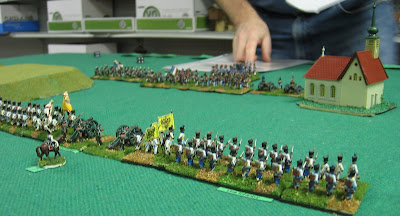 Bruce kindly brought out the second of four sets of Nap rules we're trying: Napoleon. I think the set was a loaner from Dave (thanks!). A pretty book but an ugly game! Chris and I played the Russians against Bruce's French command. 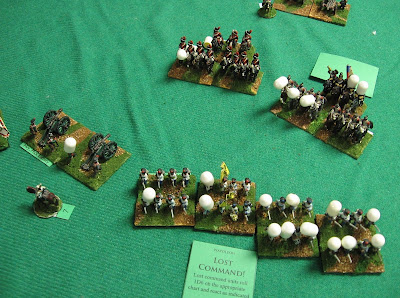 There were several difficult to grasp rules (better to face cannon in column than in line?) but Bruce did a good job of umpiring a bad set of rules. The picture above shows a Russian unit in disarray (lots of party hats!) which subsequently rally, destroyed one unit of heavy cavalry and then pushed back the other. At least it was dramatic.

Better to face cannon in column rather than line? Ridiculous! Quite right to pull holes in that Bob.

Looks like everyone had fun though. And those Warmachine figs are excellent.

Yes, those fantasy/sci-fi types can sure paint, can't they!

Yeah, a lot of holes in the rules. Speaks about detached troops but never defines them. Says you can't wheel into a unit's zoc but never says anything about wheeling while in a zoc--one supposes you can or else you could get hit in the flank and never be able to turn and face.

If you fail your command radius test, you unit can do nothing even if another unit marches right up to it--did you colonel forget the French for for "fire"?). Squares have about a 25% chance of cracking when charged. Very pretty rules, but badly written.