We had an even dozen guys out at cub night on Tuesday. Kevin hosted Bruce and I in a game of Spartacus. 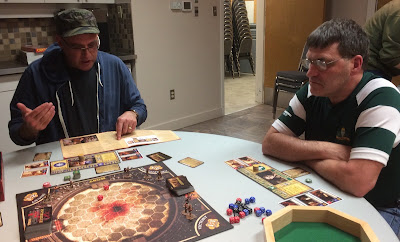 Memo to self: running a dominus is not a good business proposition. Chen and Dave played some Zombicide (with some sort of different board than I have seen in the past). 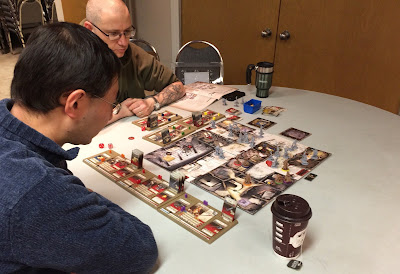 There was also a game of Frostgrave (during a chinook, it appears). 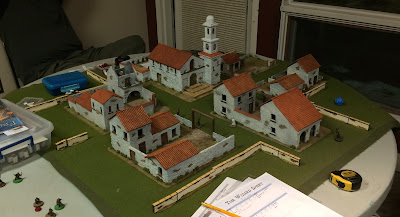 And a redux of a Chain of Command game. Lots of things (and people!) blowing up here. 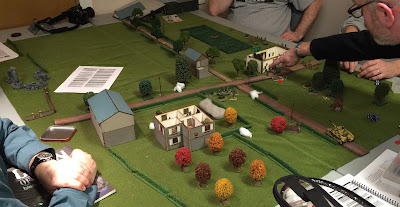 Up next: Some more Battlelore figures are drying!
at 4:26 PM