Bruce had me over Tuesday to beat the hell out of me play some 6mm moderns using the Nations at War rules. A Soviet attack into West Germany in 1985 was the scenario and the Russian objective was the bridge in the top right corner. The bridge is small in this photo because it is a bloody long way away! 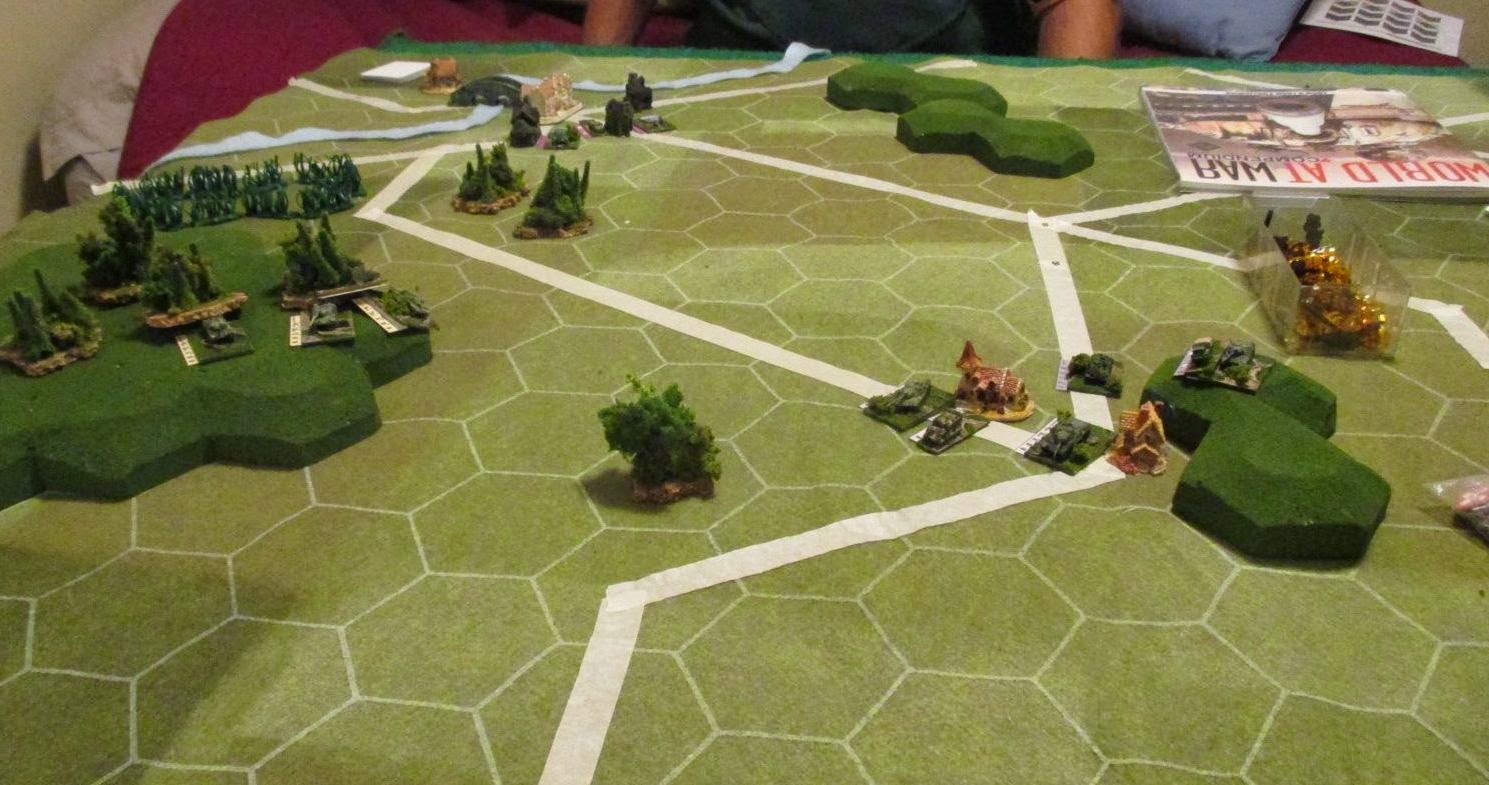 I rolled on to the board and lit up a bunch of German units in a small town. I was feeling good until the Leopards( with CO present) started to shake off hits and then methodically chop up my unit. What the hell?!?

Over on the left, the infantry rolled up a hill with some tanks and ran into more German armour. This held me up for a long time--those Leopards are hard to kill! 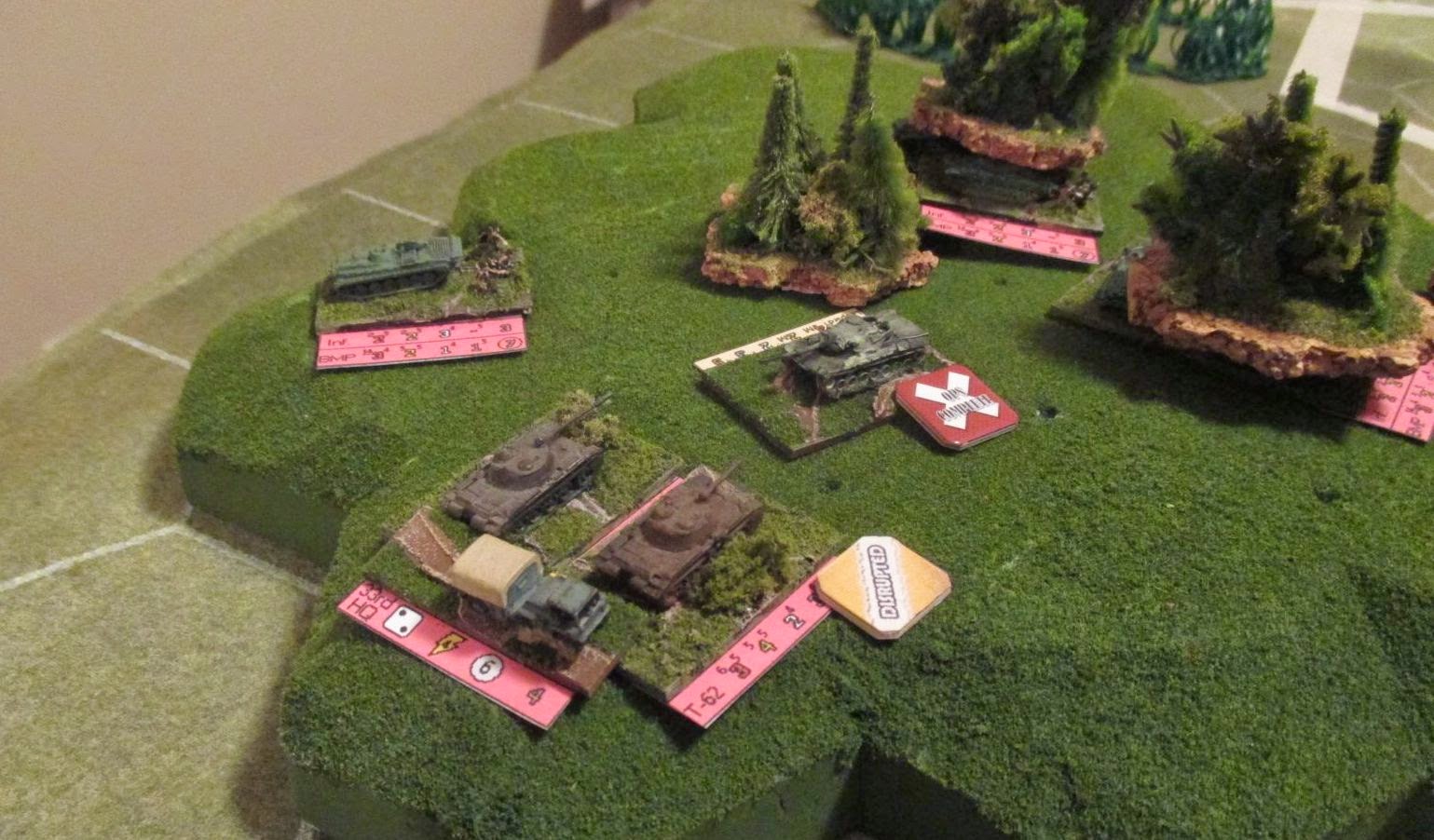 Eventually I broke through on the right flank, rolled up the road and... got smoked by TOWs and more Leopards. 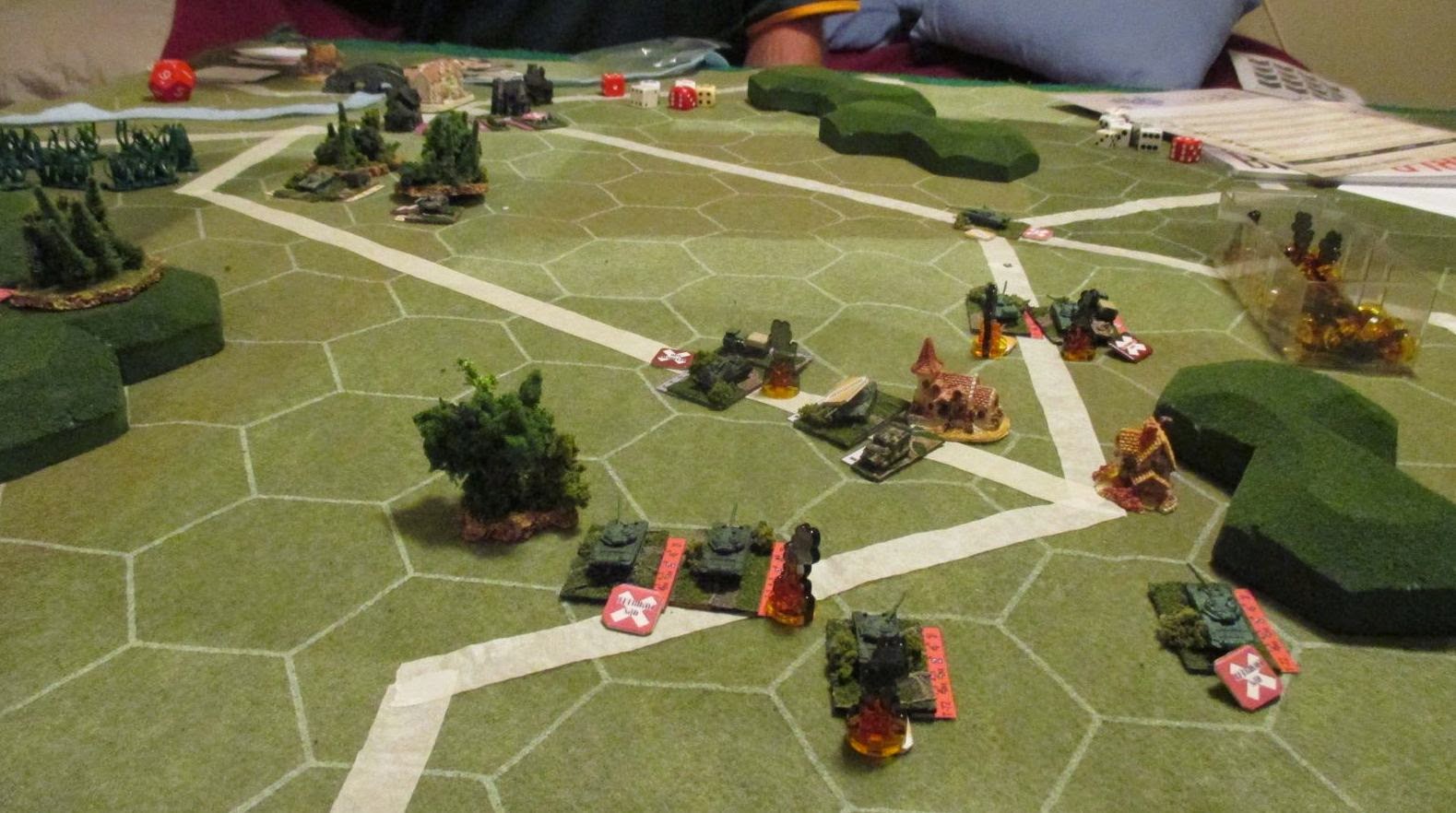 Back to the left and the infantry dismounted to assault. I came close to cleaning out the Germans but wasn't able to break them. The double NATO activations were just brutal to watch. The good news was the next wave would soon turn these decadent capitalists into borscht-eating collectivists.

Up next: I have some 10mm sic-fi almost finished (just detailing and basing) as well as some 54mm AWI guys. And the club is Tuesday so I look forward to hearing about Fallcon!
at 4:49 PM