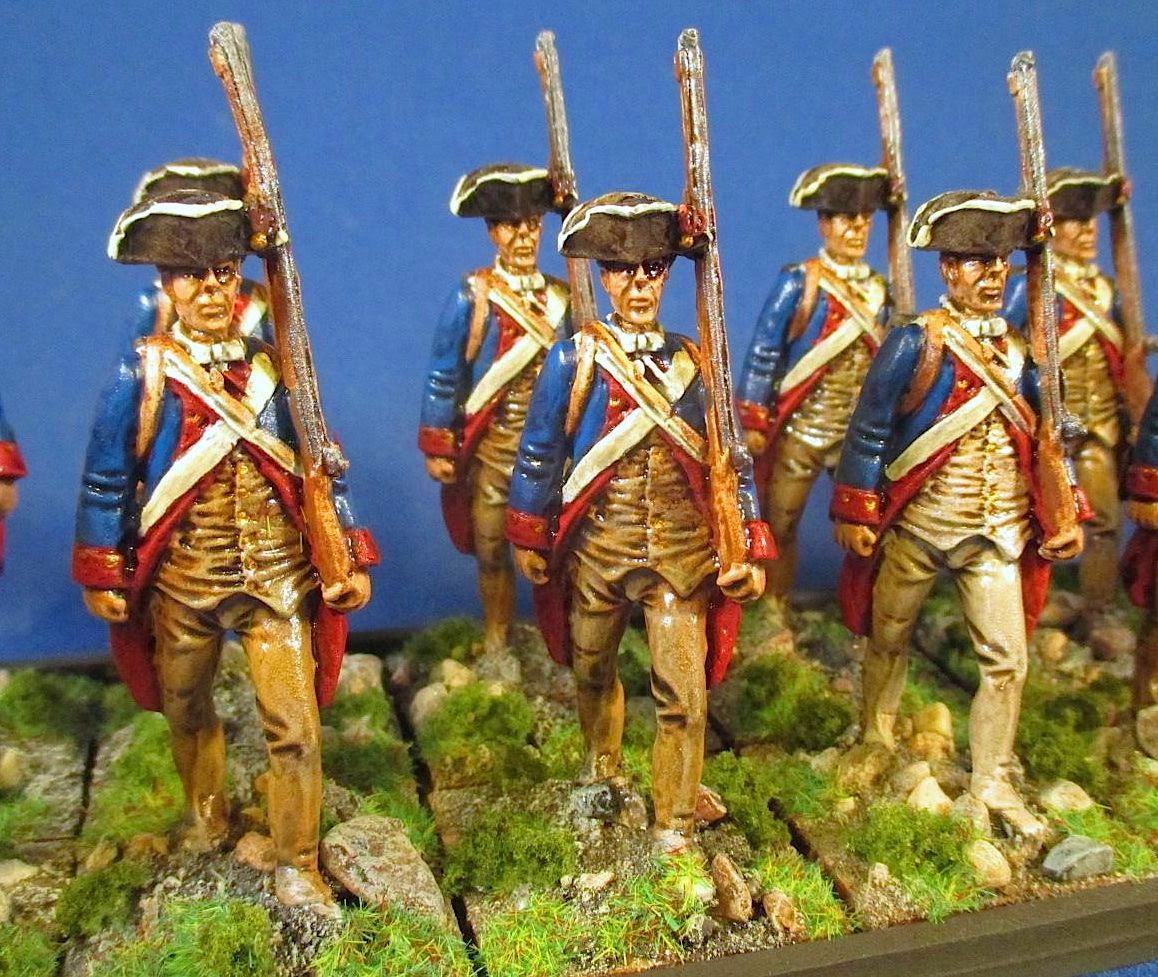 Up next: I have built the second set of 10mm Dropship Commander figures Craig gave me to paint. I will spray they copper tomorrow (needs a bit more heat than we have today) and proceed to detailing. Then maybe back to these 54mm fellows.
at 10:46 AM

Bob,
The ATKM guys look terrific. Are you going to use them for their ATKM rules, or a different rules set?

Thanks. Came with the ATKM rules which I thought were okay (I've played way worse!). No thoughts yet. individual bases allow a lot of flexibility. I am a long way from having adequate troops to play much of anything, though!

They look great Bob! ATKM sells the bases too but I believe they actually are Litko. No idea about the tray, though it looks pretty nice.

Thanks--nice figures so that sure helps! The metal has much more depth than the 1/32 plastics I have painted before. Looking forward to trying the gun crews from scratch.