We had another full house at the club last night, with 20 guys out. There were three games of Warmachine, some CCN and some Tide of Iron. 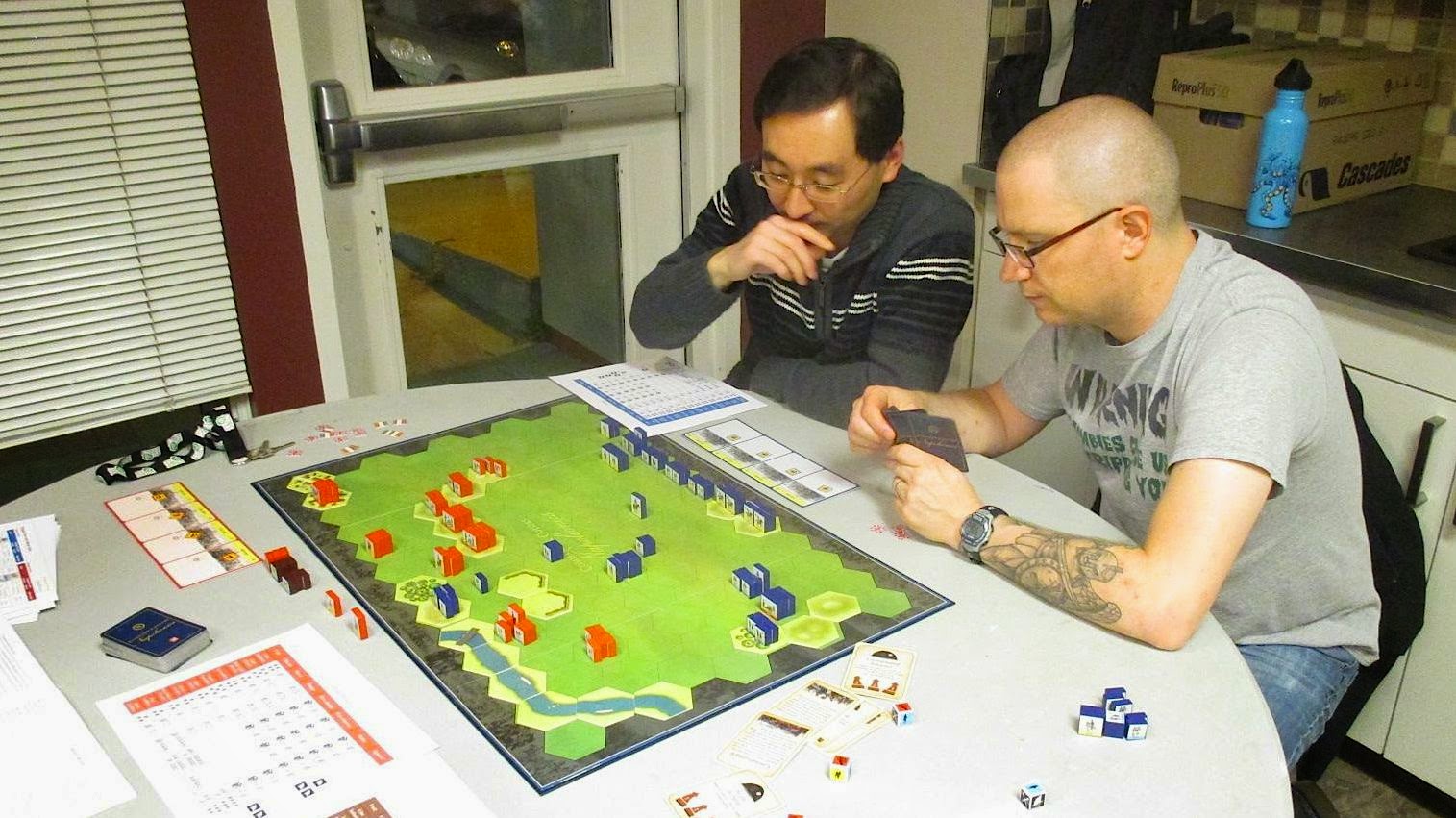 It has been awhile since we've run short of games! 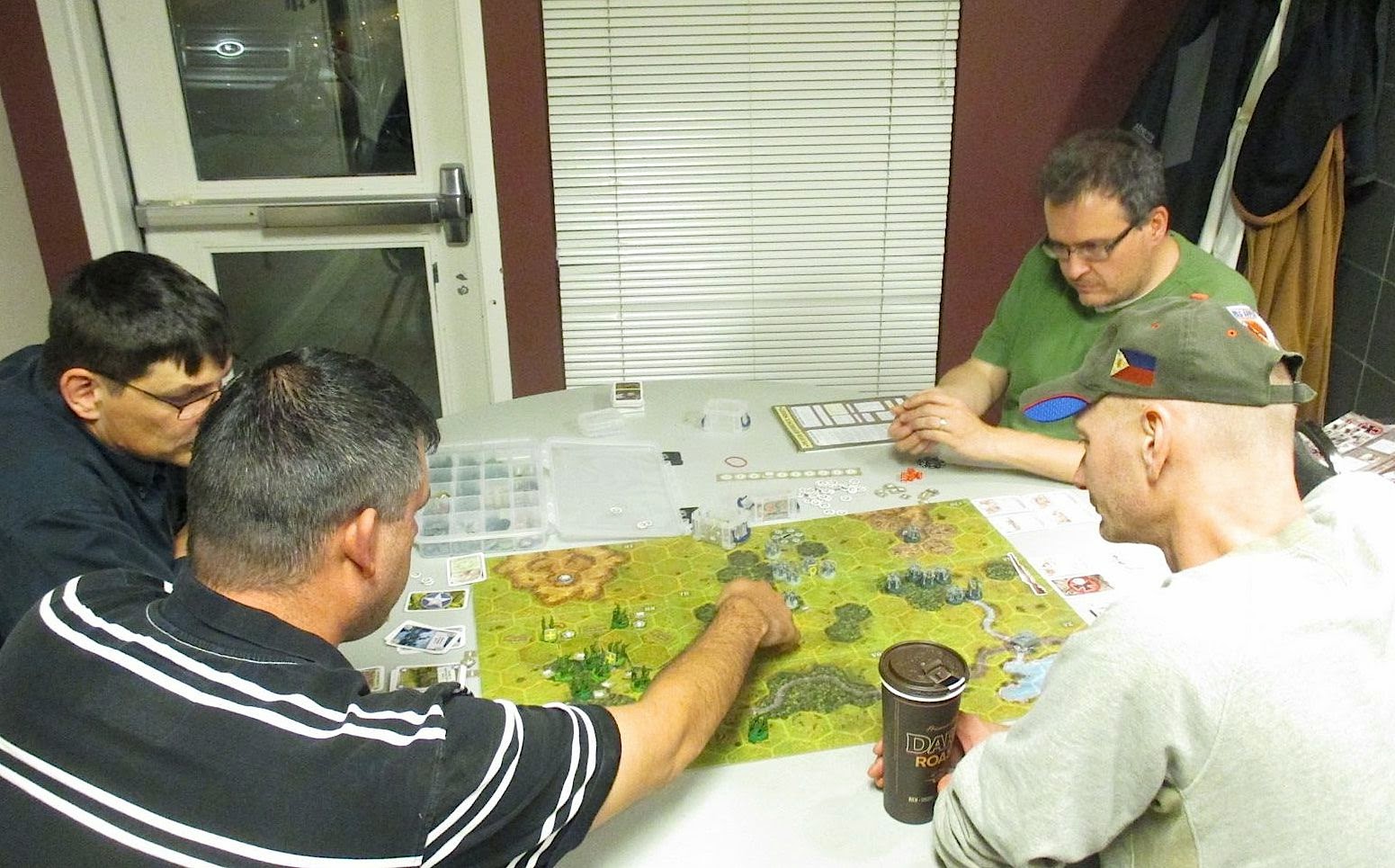 Bruce hosted some AK-47 in darkest Africa. Terry and Justin had pretty good luck with the few units they could bring onto the table. here you can see Andy's militia (backed by "Leader in a Caddy") pushing some technicals back. 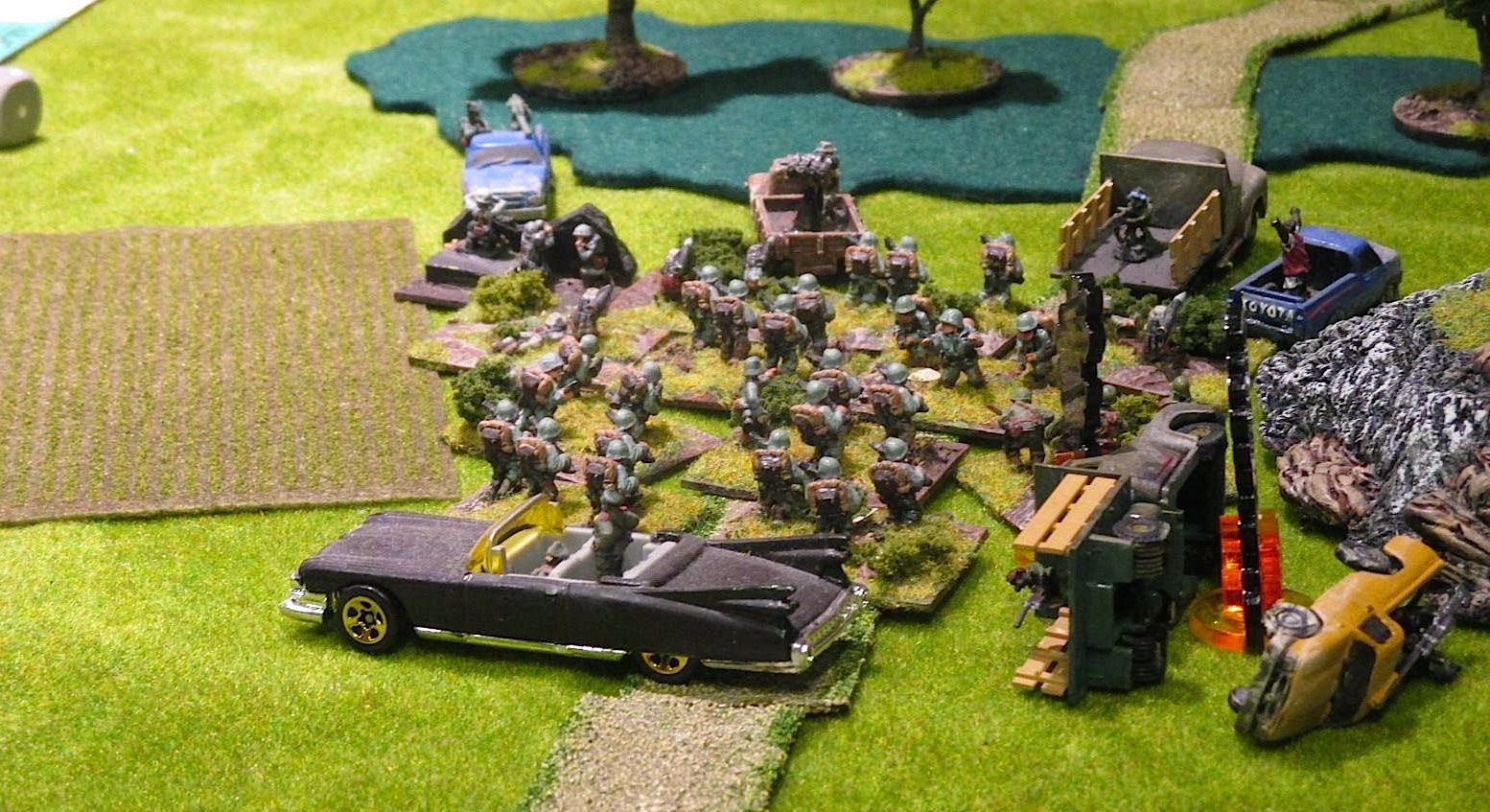 Andy and I had bad luck with dice on the table but managed to run the clock quickly and get all of our troops on. I managed to lose our tanks at the end of the game and then discovered that I had reversed the value of the objectives in my head, giving the game to Justin and Terry. Arrrgh.

Up next: Some more 15mm WW2 are underway and I'm off to game with Bruce on Thursday night.
at 6:43 AM

I'm going to have to look into AK-47. It looks fantastic.

Yes it was good fun Bob, always enjoy seeing the reactions of those oh-so-lucky dice rolls that occasionally come around.

Ak-47 is great convention game. Quick to contact, a certain amount of uncertainty. Dramatic things happen. Lots of colour. Would you want to play it every week? Probably not (although a short campaign might be fun). But a great one-off game every once and awhile.