This afternoon I finished 110 15mm WW2 French infantry. This represents the bulk of a commission I took on--there are just a few pieces left to base. 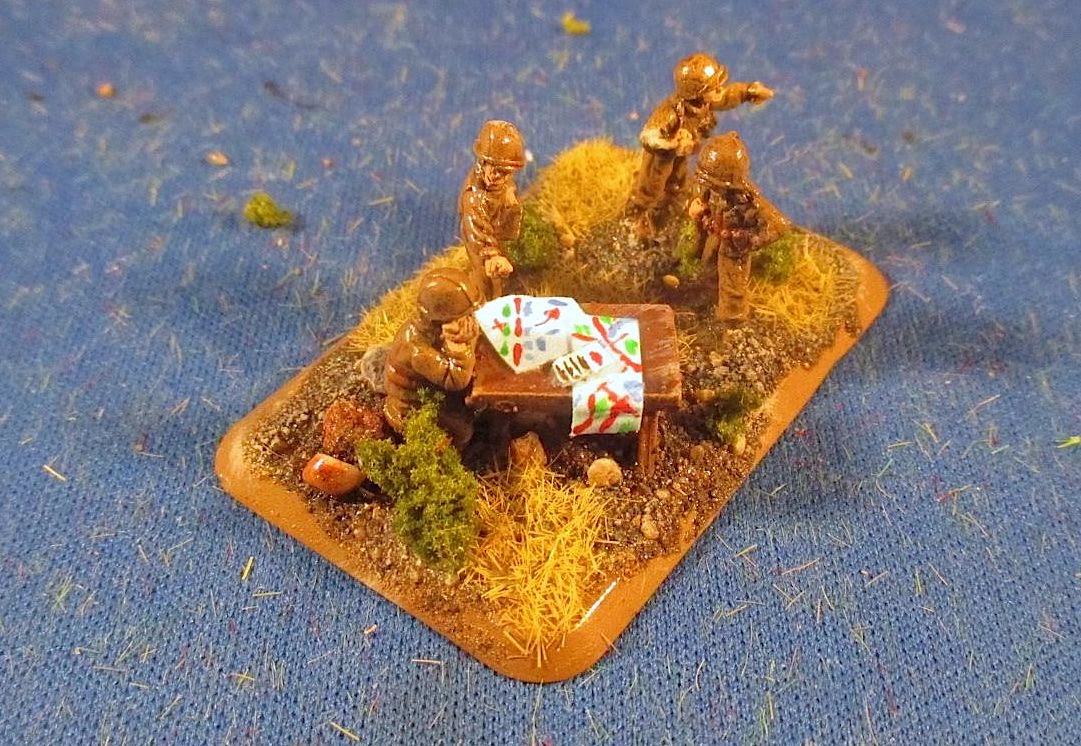 I'm pretty happy with the CnC base. As I mentioned in a previous post, late-war French kit looks like a total hodge-podge of US stuff mixed in with early-way stuff. I decided to go with a brown theme (assuming stuff could be painted or dyed) rathe than trying to paint each figure individually. As there were a mix of US and French kit in the figures, I thought the different helmets and gear would add enough visual diversity without switching colours.

There were a small number of support units (two mortars above). The "white" you are seeing on the base is actually a bit of glare. These guys are shiny--the owner can spray on a dull sealer if he wants.

There were a bunch of smaller bases. Some forward observers, command stands and anti-tank stands. I see someone has camouflaged the end of his rifle. Amazing what you see in a picture that is totally invisible when you hold the base in your hand--I will clean the stray grass from his gun!

I painted the bazookas in US green just to add some visual interest. I would imagine these were used right out of the crate so no repainting would happen.

The bulk of the painting was 18 bases of infantry, like the ones below. Apologies for the blurry photo--no manual depth of field adjustment on my camera so the guys in the back row are sharp and the guys in the front are blurry. 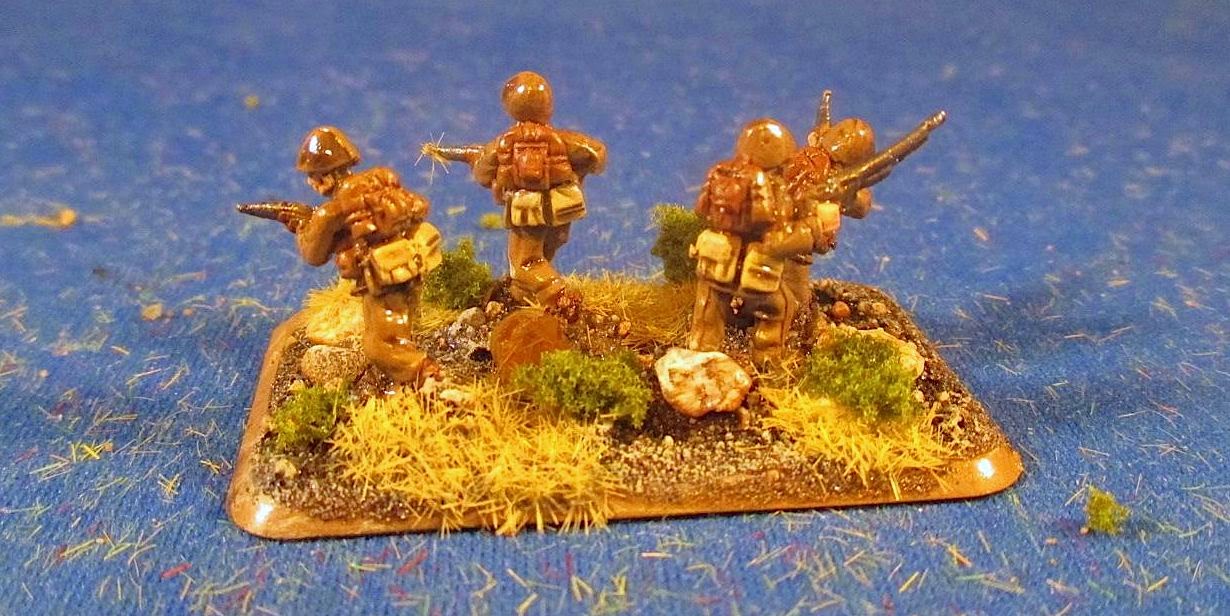 Up next: I have three jeeps and four HMG units that I'm just finishing. I ran into a little problem with the HMGs (missing a gunner--which was a major bitch to fix) but all is well in the end. Tuesday is also club night. Afterwards, it is likely onto more 15mm WW2--some Germans for a change.
at 2:23 PM