While assembling and priming a 15mm Trojan army this week, I also completed another 12 mounted 28mm Normans. These are plastics from Conquest Games. 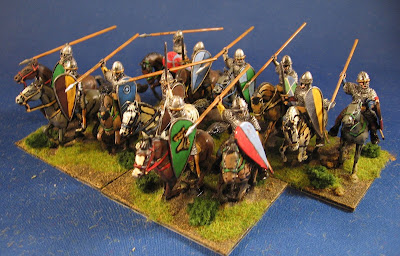 The details is quite nice, I think, even given my pretty basic painting skills. 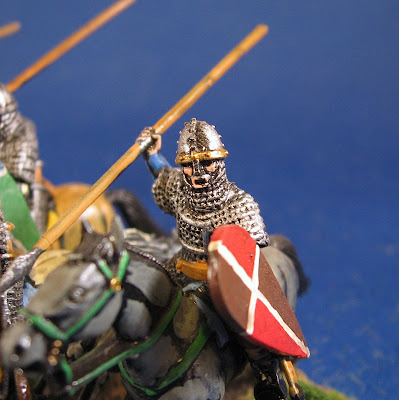 This completes the mounted contingent of my army. Now I just have to wait for Conquest's foot box. I also have another box of mounted. I could use one more base of mounted for the Normans and the rest I might convert for Saxon and Viking mounted units. 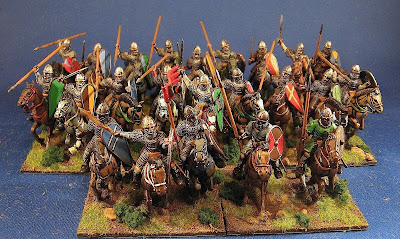 While the remainder of the Trojan army is underway (flesh is done), I'm still assembling the chariots (arrrgh) and the Trojan horse that will form the camp. This fellow needs the tail and rolling base still but should look cool once assembled. 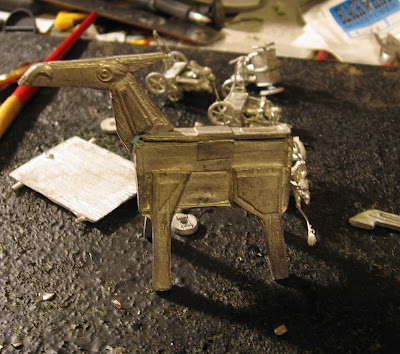 I also unearthed the last of my 6mm rebasing project, a nightmare job of pulling pike troops off 40x20mm bases and putting them on 80x40mm bases. These guys are set up to soak to loosen the glue. 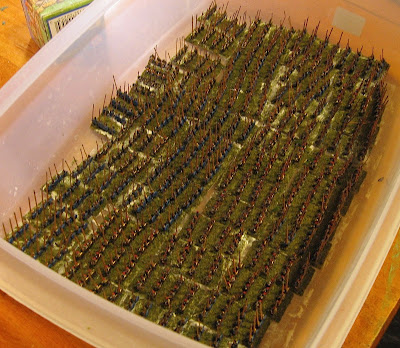 Up next: A spot of gaming this weekend plus the 15mm Trojans are the pressing issues. After that, I might put my mind of another 15mm army or maybe start to assemble the rest of a 28mm Gallic army I started in the spring.
at 6:20 PM

Very nice Bob, I love the Trojan horse, where did you get that from??

Ray: This is a commission. It came in a black hat miniatures bag but I've no idea if that was the manufacturer or not.

From whence did you purchase these kniggots?

The knights came from Conquest Games via a web order from their site.

Yes, a bit of heresy, but come on--just because there are no painting and murals (that survived) we have to rule out the possibility of them using mounted units once and awhile? Bah!