I finished another commission army this week, this time a 15mm Alexandrian Macedonian army. These are Essex figures and gave me fits in prepping them. The pike were so bent (often wrapped around the pikeman's body) that some were broken and getting the rest into some semblance of straight was a job!

There are six bases of pike here. I was directed to copy Ray Rangel's army in terms of colours as closely as I could. 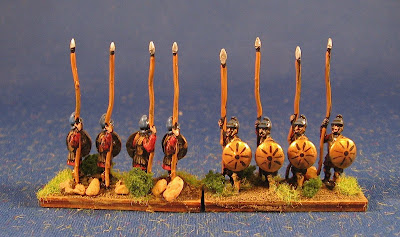 There are two bases of CV, including a CV general on the right. I quite like Essex cavalry because the bases are so thin but that sometimes make getting them to sit on a paint stick or a base tricky. 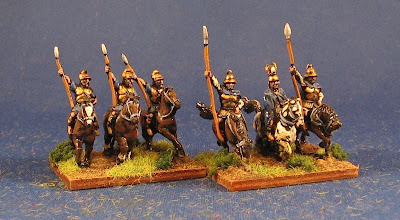 I used a new static grass (from Army Painter). It was cheaper (by half) than the GW stuff I usually use and seems to a decent match. It didn't take to the glue quite as readily as the GW stuff but nothing some encouragement (pushing a wad of it down) couldn't fix. 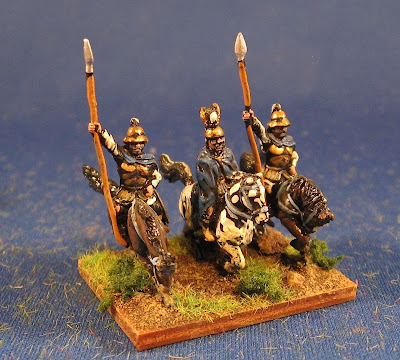 There are two bases of psiloi. 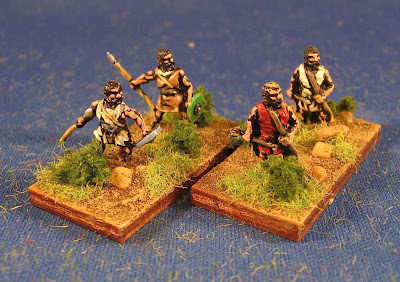 I believe these fellows are supposed to a base of 4Ax. I quite like how the horse-hair crests turned out. 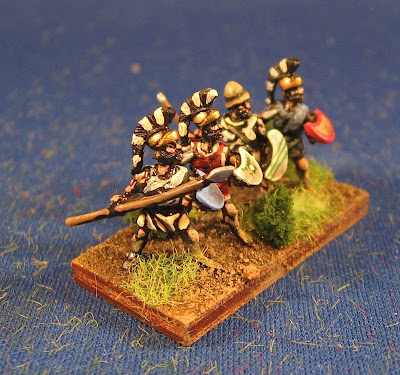 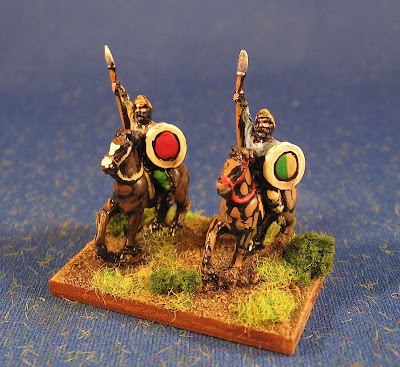 Up next: I have 12 28mm Norman cavalry underway. I'm also assembling a 15mm Trojan DBA army (including Trojan horse for a camp). There is a fair bit of assembly to do, including some fairly interesting chariot rigging. Work is going to be a bit busy this week so I'm hopeful to get the Trojans assembled by next week and then the painting underway hereafter. And I'll need to find some yellowish static grass.
at 3:05 PM

I cut the lead pikes out of the hands of my Essex pikemen and replaced them with steel wire. It was a lot of work but well worth the effort.

Yours are painted very nicely - especially the shields.

Allan: Thanks. These are a commission so I'm happy to do some assembly work and fixes but major surgery is more daunting. The Trojans I currently have prepping came with the pikes removed, holes drilled and new pikes (plastic from a toilet brush) and these look great--properly scaled, resilient, etc.