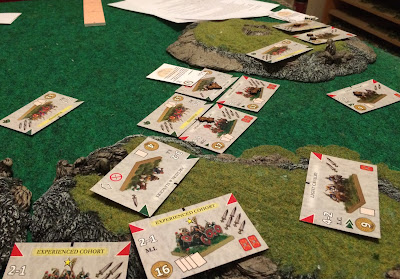 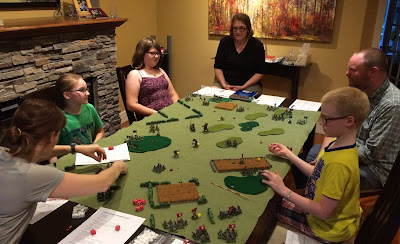 Up next: I have a few figures under way painting-wise and club night is Tuesday.
at 6:43 PM

Bob so what games seem to be popular at the club lately? Would there be any interest in playing Dead Man's Hand? I have everything for it in 18mm. Do people just show up with a game and see who is interested or is there a site to advertise an upcoming game to generate interest?

George, the club has migrated to Facebook and that is where discussions of upcoming games typically happen: https://www.facebook.com/groups/edmontonwargamegroup/

Usually guys offer to bring out a game and teach it. No idea about Dead Man's Hand--haven't heard of it. There are no particular trends at the club--often what is on offer is what get played.

It's a fun wild west game. I'll try to make it out next time.