The mean streets of Gotham

Finishing out this week's flurry of superhero posts is some follow-up on the terrain. The buildings are all HO scale railway buildings from Woodland Scenics. I've added a mix of other scenics. The road signs and streetlights are railway items. The fire hydrants, wall and post boxes are 28mm wargaming pieces. I think I've struck a reasonable balance between detail and playability. The board still needs some fences (especially behind the stores). And I hope to pick up some more buildings at the next model railroad swap meet on May 2. The board is a repurposed wooden base my dad built in the early 1980s. It is about 36x44" and breaks down in two pieces. The roads and sidewalks are painted on. Needs some manholes for subterranean movement. 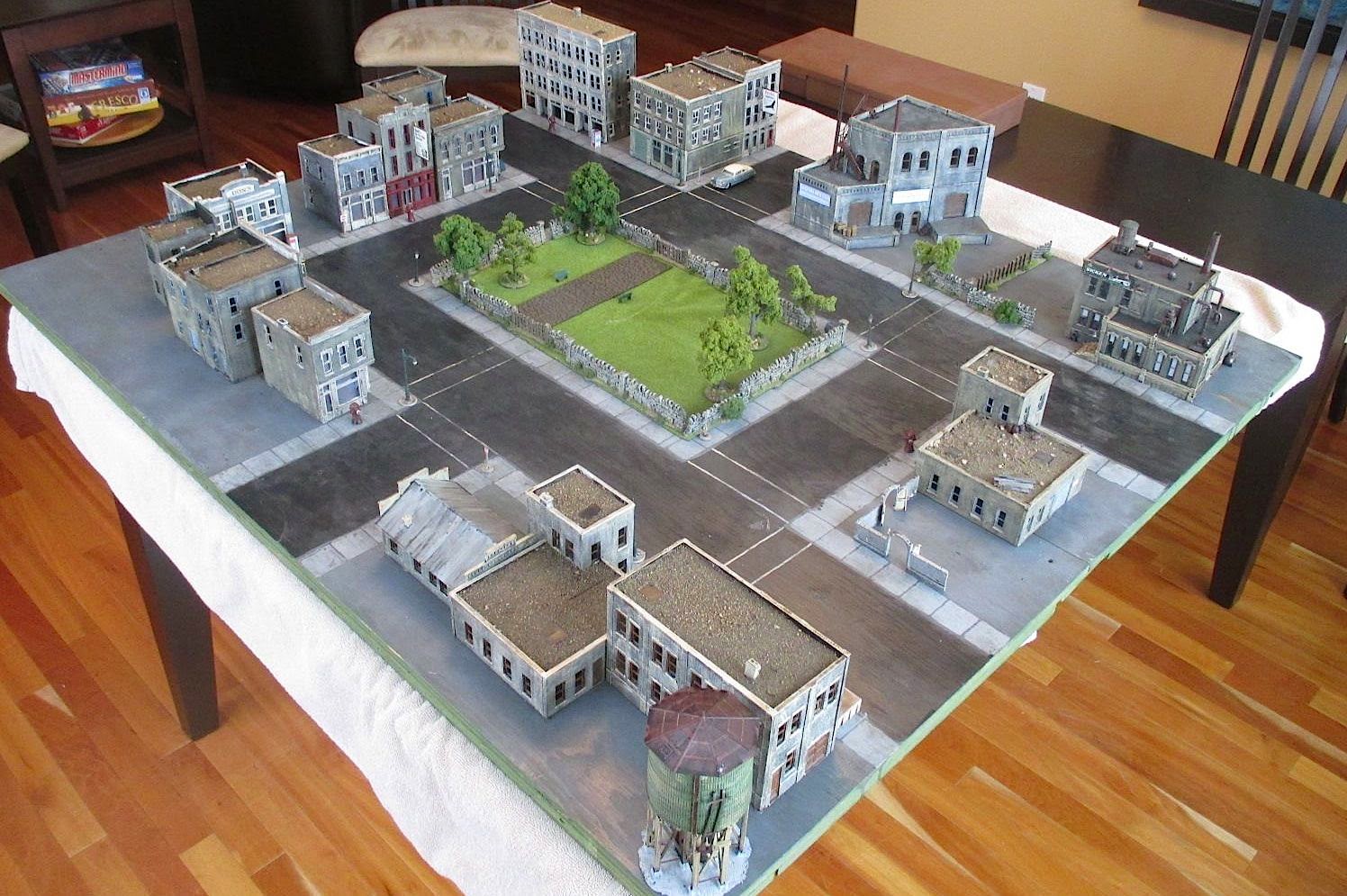 I designed the roads to give some flexibility for different scenarios (by placing buildings differently) and to minimize across the board sight lines. I broadly based the look on downtown Saskatoon from about 1989 (around the bus station--a mix of retail, light industrial and empty lots). I have some pieces not yet seen (including a stock yard, rail cars and train tracks). 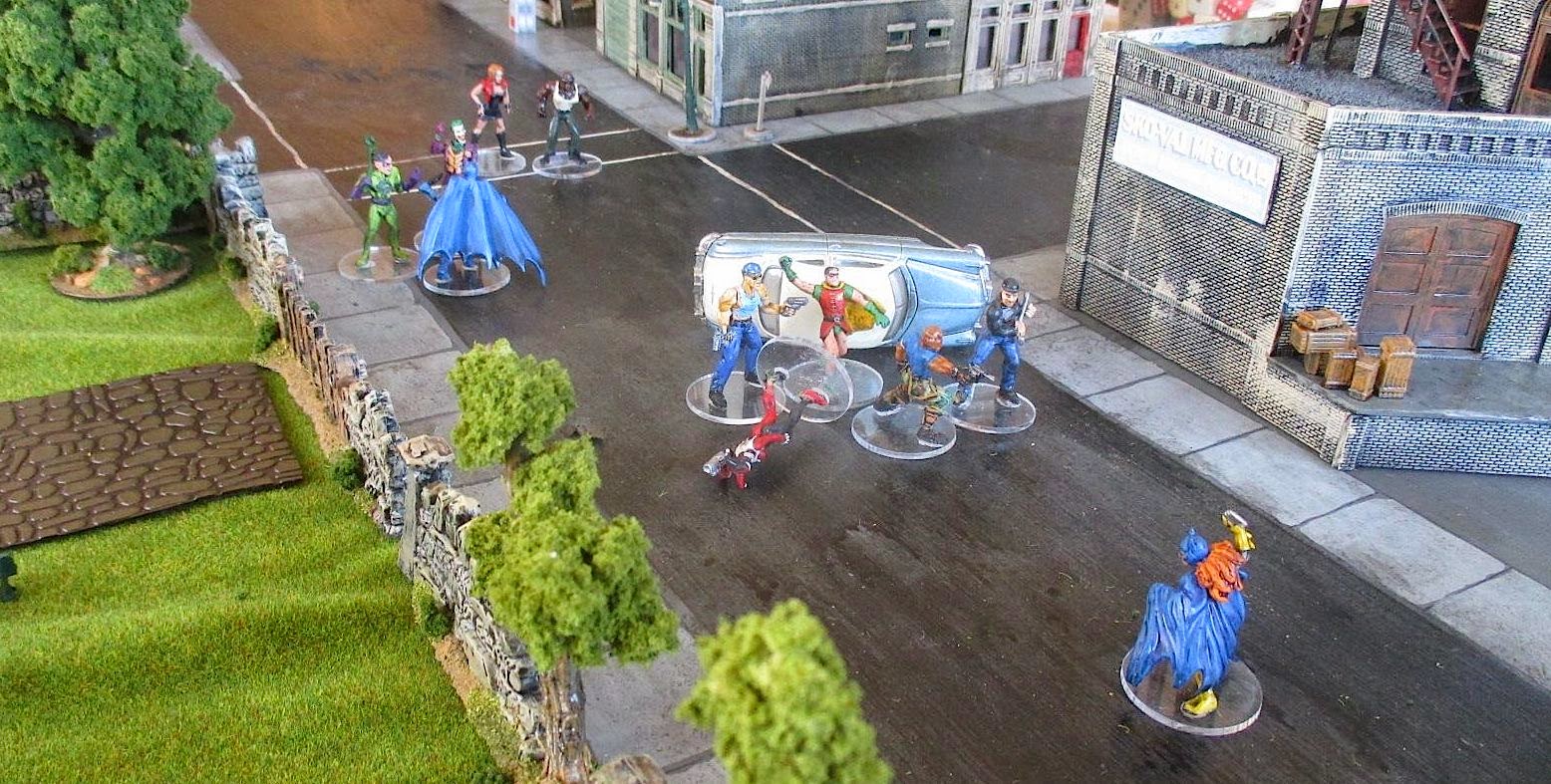 I have some detailing left to do (decaling, mostly) on the buildings. I have a few HO-scale cars and trucks to build and paint. And everything could use a coat of dullcoat. But I think this has been a reasonably successful modelling project so far. Brice and I were chatting last week about using it for a Star Trek landing party game. 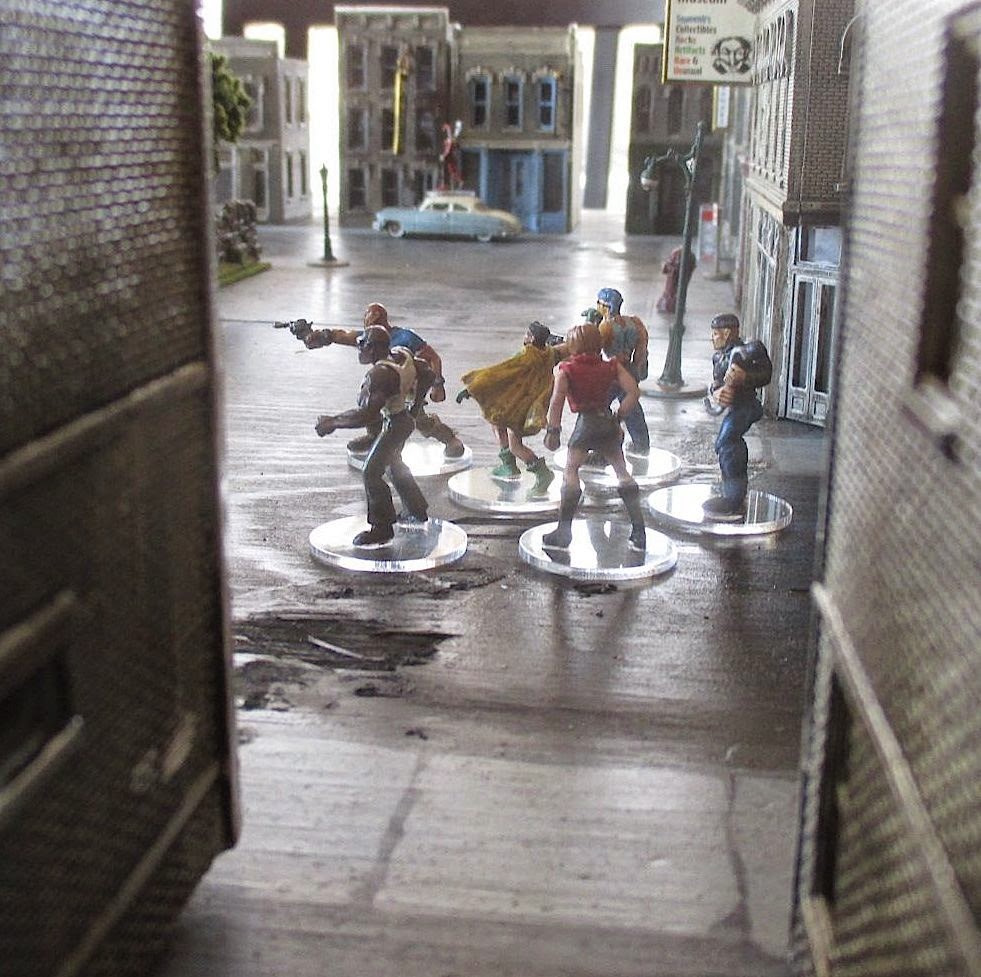 Up next: Back to my Memoir '40 project which is languishing for lack of good early war Germans and some reluctance on my part to finish building some French tanks.
at 5:00 AM

Hey Bob, looking great! Where is the swap meet happening on the 2nd?

Lions Centre on 111th Avenue and about 114th street (over by Kingsway Mall).