My daughter has been after me to play some Power Legion since she saw me host a game for Bruce awhile back. I set up a quick game for her after school today, picking up after the seeming demise of Batman and Joker. Batgirl and Robin got a tip that Riddler and Harley Quinn had escaped Arkham and were headed to the rail yard to hop a train out of town. 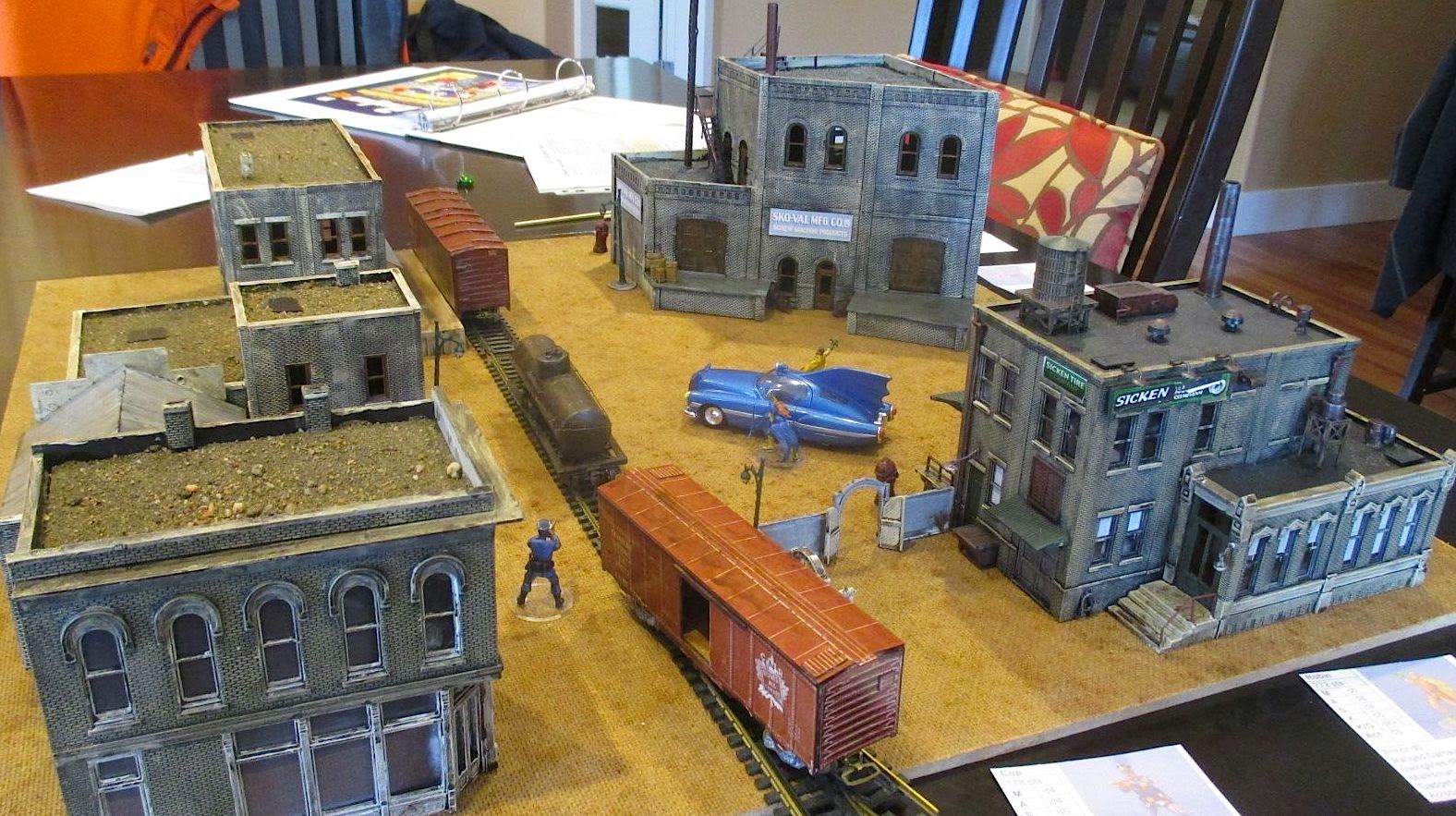 I pulled out a smaller board and reduced the figure count (maybe 1500 points per side). Batgirl and Robin wheel up in the super-cool Batmobile and run into a beat cop. In the top right corner, Harley Quinn and Riddler enter the board. To win, they must exit the bottom left corner.

Batgirl immediately goes for high ground while Robin loops around the right of the old factory. Riddler turns over initiative (twice!) and gets batarang to the head. Undeterred, he gets up and plays ring around the rail car, trying to avoid Batgirl. Eventually, the cop shoots him. A very ignoble death. 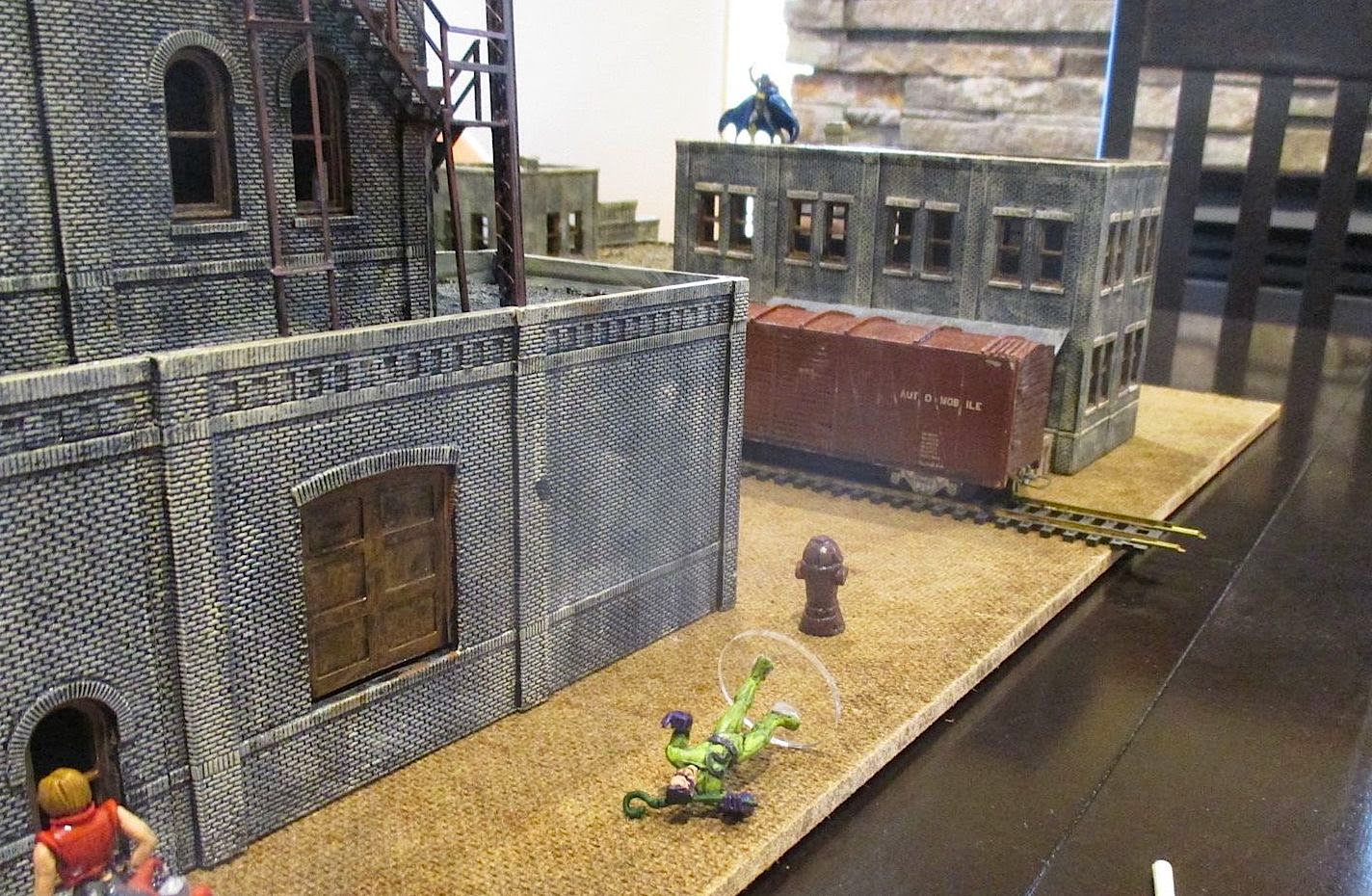 At this point, I started played more aggressively, power jumping Harley Quinn up onto the factory and dropping bombs down on Robin while maneuvering two goons into to lock him up. 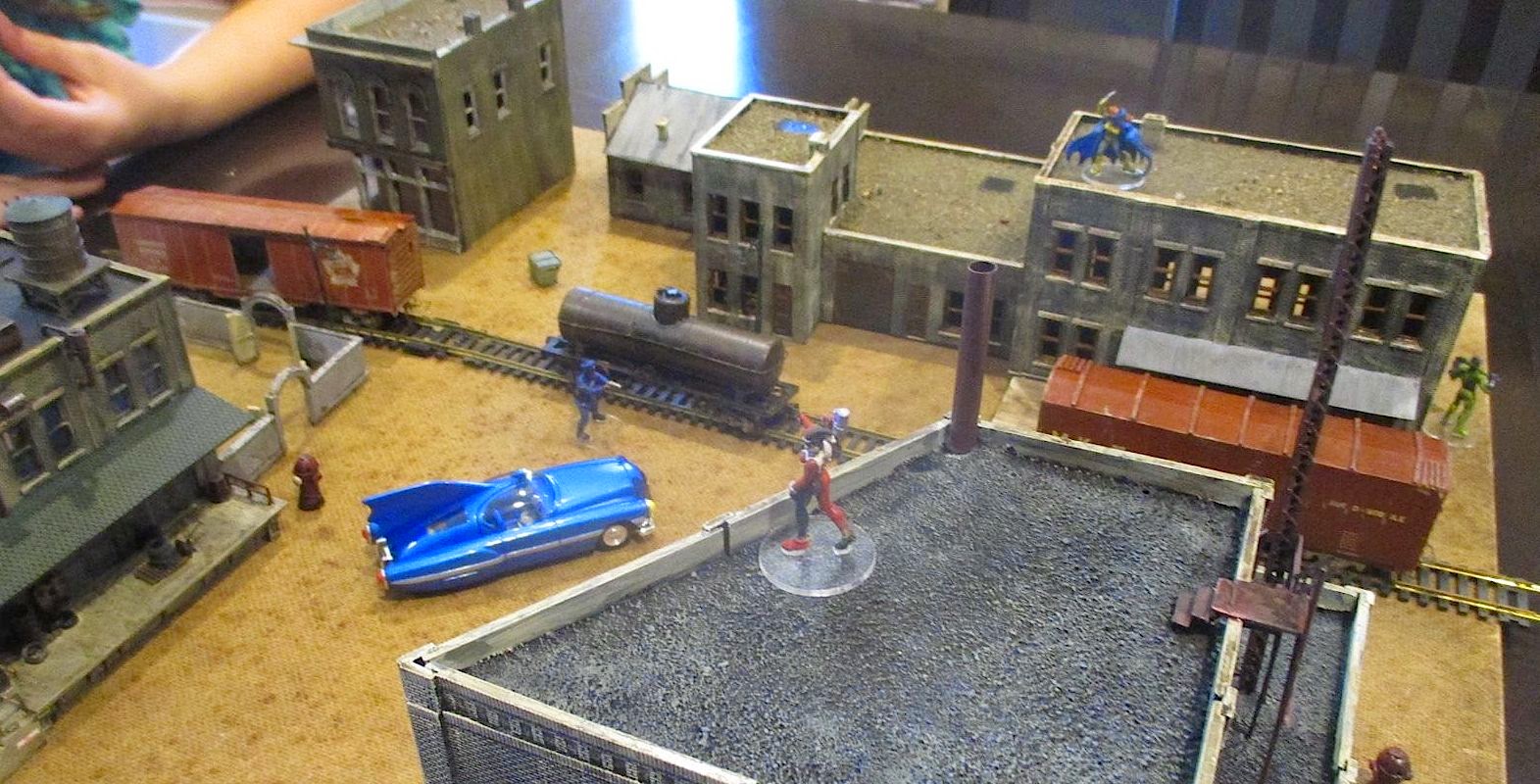 Annoyingly, the boy wonder knocks them both out of the game (what the hell?). Harley Quinn does some more jumping while dodging Batgirl's batarangs and manages to sneak off the board. 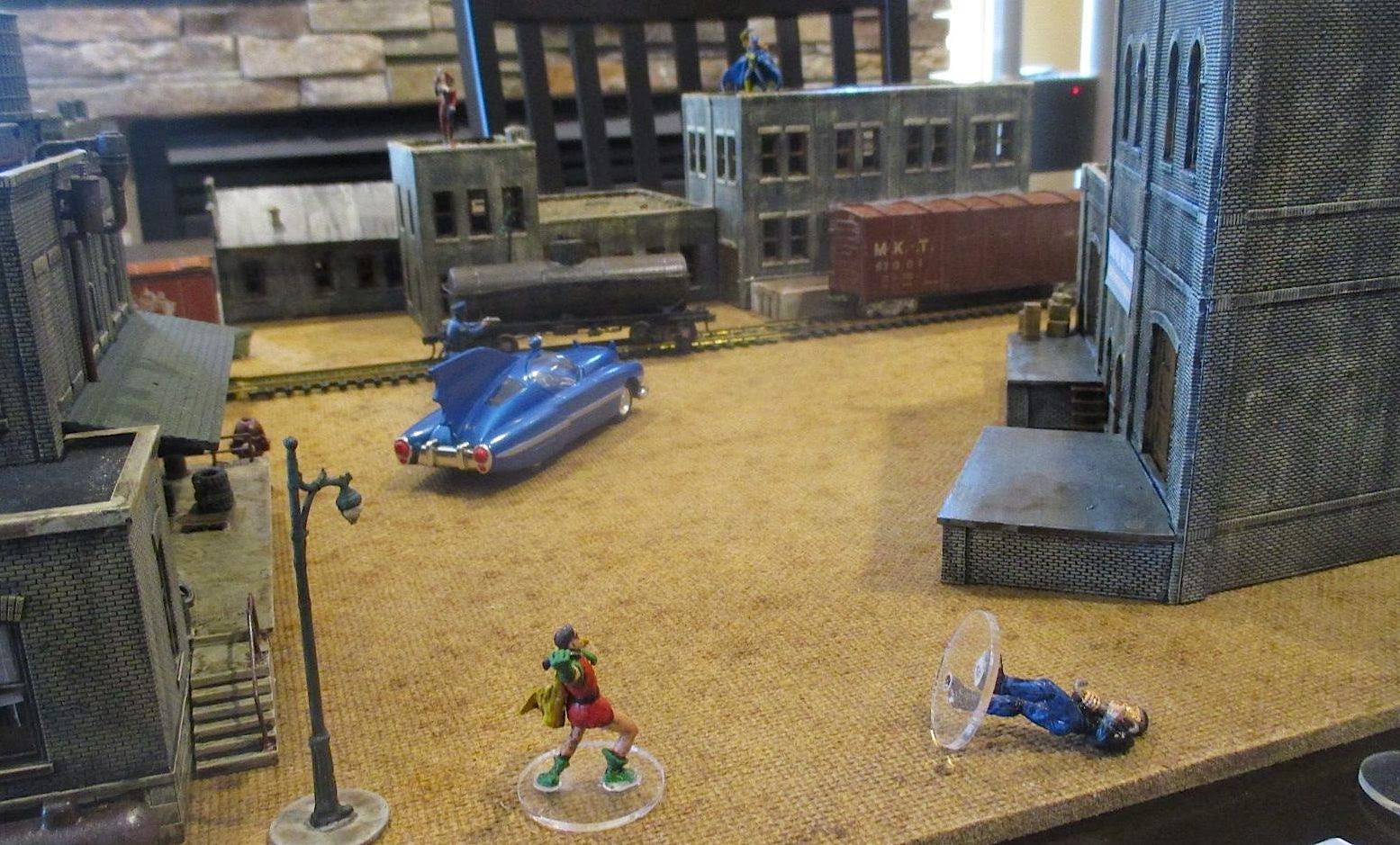 Jess seemed to have a good time. I wish I'd had time to come up with a better story line. Now I have some dice to execute with my hammer.
at 5:00 AM

Yeah, we had a pretty good time. The girl has dice luck out the wazoo. I will have to start accounting for that when I build the scenarios!