We had a pretty good turn out on Tuesday at the club with four games going. First up were the seemingly head corpses of Wiley and Neal duking it our with CCA.

The highlight of the evening was the first appearance of Scott's giant ironclad. It is huge!

Another shot of the Martian advance. This was still one turn one when I left! 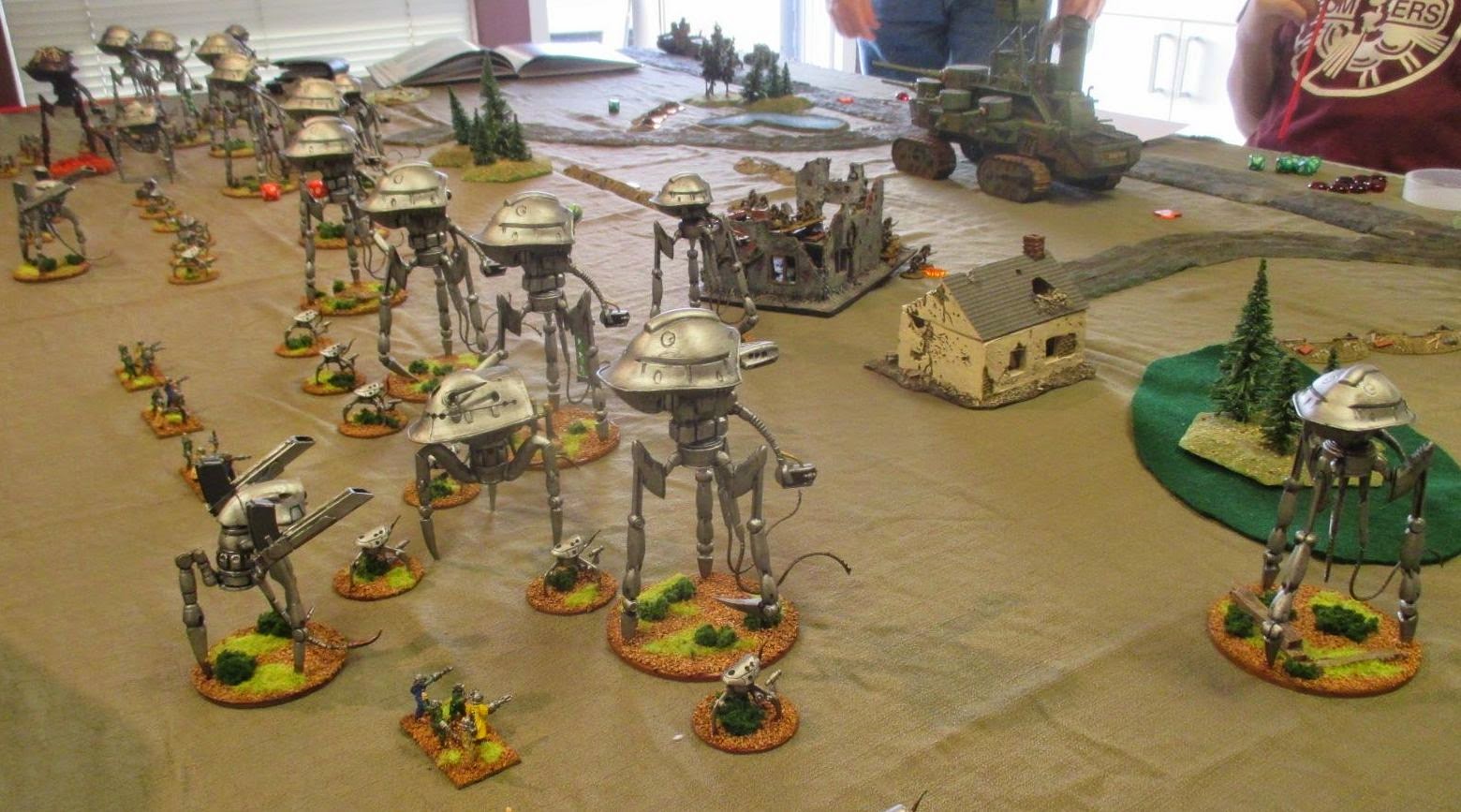 Elliot and Kevin had a go at Star Wars Armada. Funny listening to two experience gamers play the game while reading the rules aloud. Overall, another very diverse evening of gaming.