I hauled Worthington Games New York 1776 out to Bruce's place last night for a second go. I was the British and he played Washington. I started out trying to push Bruce off Long Island (top of map) and also pushing him back up the Jersey coast.

Eventually he bailed out of Long Island and I could get my boats into action to try and limit him movement across the water.

We were about 13 turns into the 20-turn game when I finally came to grips with him north of Harlem Heights in a huge battle. Short version was I used my Hessians to rout his militia and also killed Washington while I was at it (so game over). For his part, he also broke might right flank.

We both agreed there were some interesting decisions but that the game maybe needs some sort of narrative  in order to be something more than a complicated fox-and-hounds game. I'll give that some thought. plus maybe a solo run through to see if that is better.

Offhand, I wonder if the British objective should be to hold New York and White Plains and kill Washington while the American victory is to prevent those three outcomes with the winner being the side which achieves at least two of its conditions. I dunno. 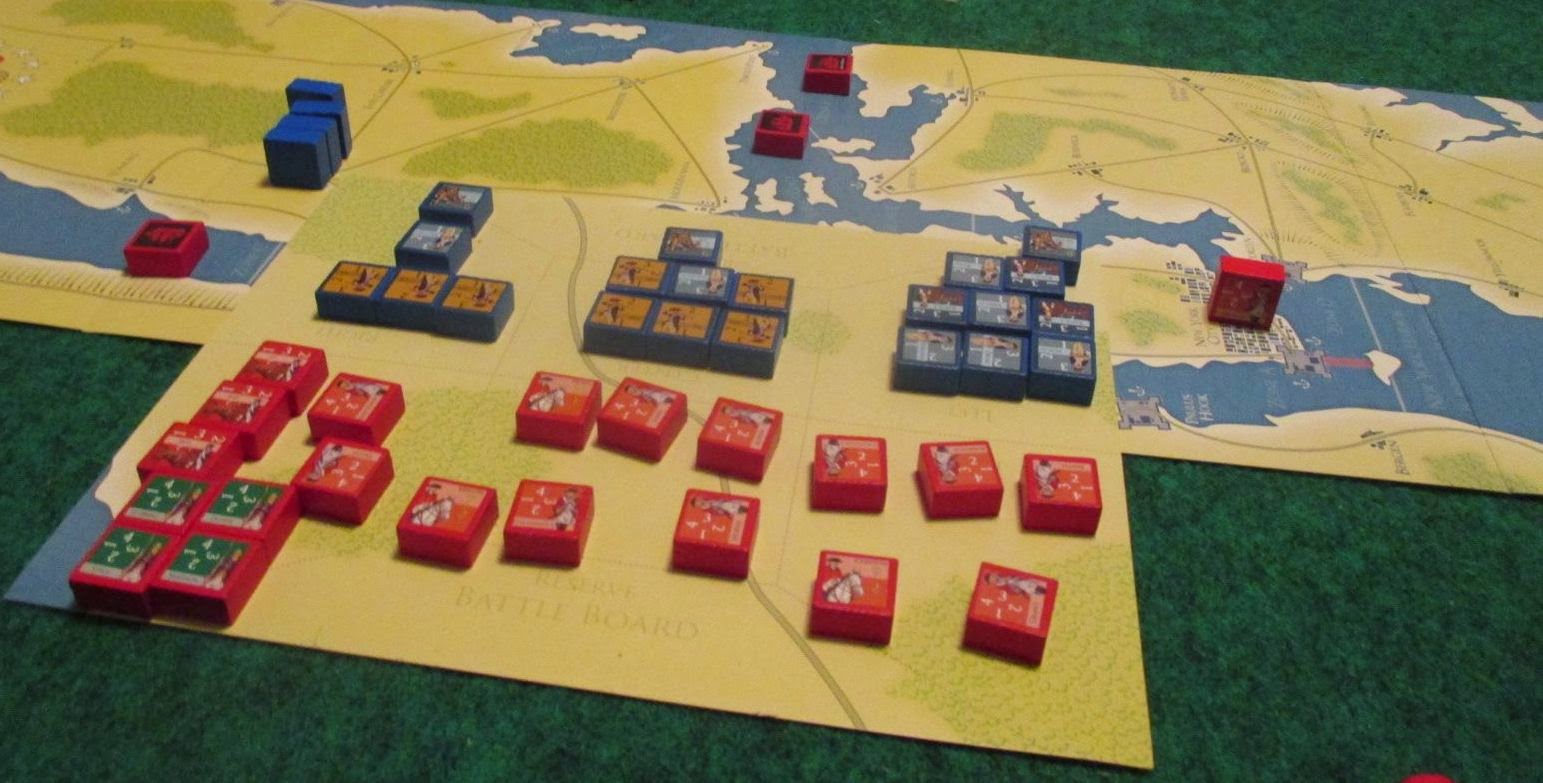 Then we played a quick Zulu-themed game of GURPS (I've never played GURPS) where I lead the red coats to pyrrhic victory. Cough, cough.
at 3:16 PM

Are you sure it wasn't BAPS (Beer and Pretzel Skirmish) or something similar?

I've played a bit of GURPS in my day and I can't help but thinking it would be painful (PAINFUL!?) to play out a skirmish with more than two or three on a side - let alone two or three thousand!?

Yeah, GURPs. Some sort of module that allows your character to be the leader of a huge army. Well, the army was huge when I got it... .