Awhile back, I traded some painting for a copy of X-wing. Tonight I hauled it out and Jess and I gave it a whirl. Jess elected to be the good guys, flying Luke's X-wing. 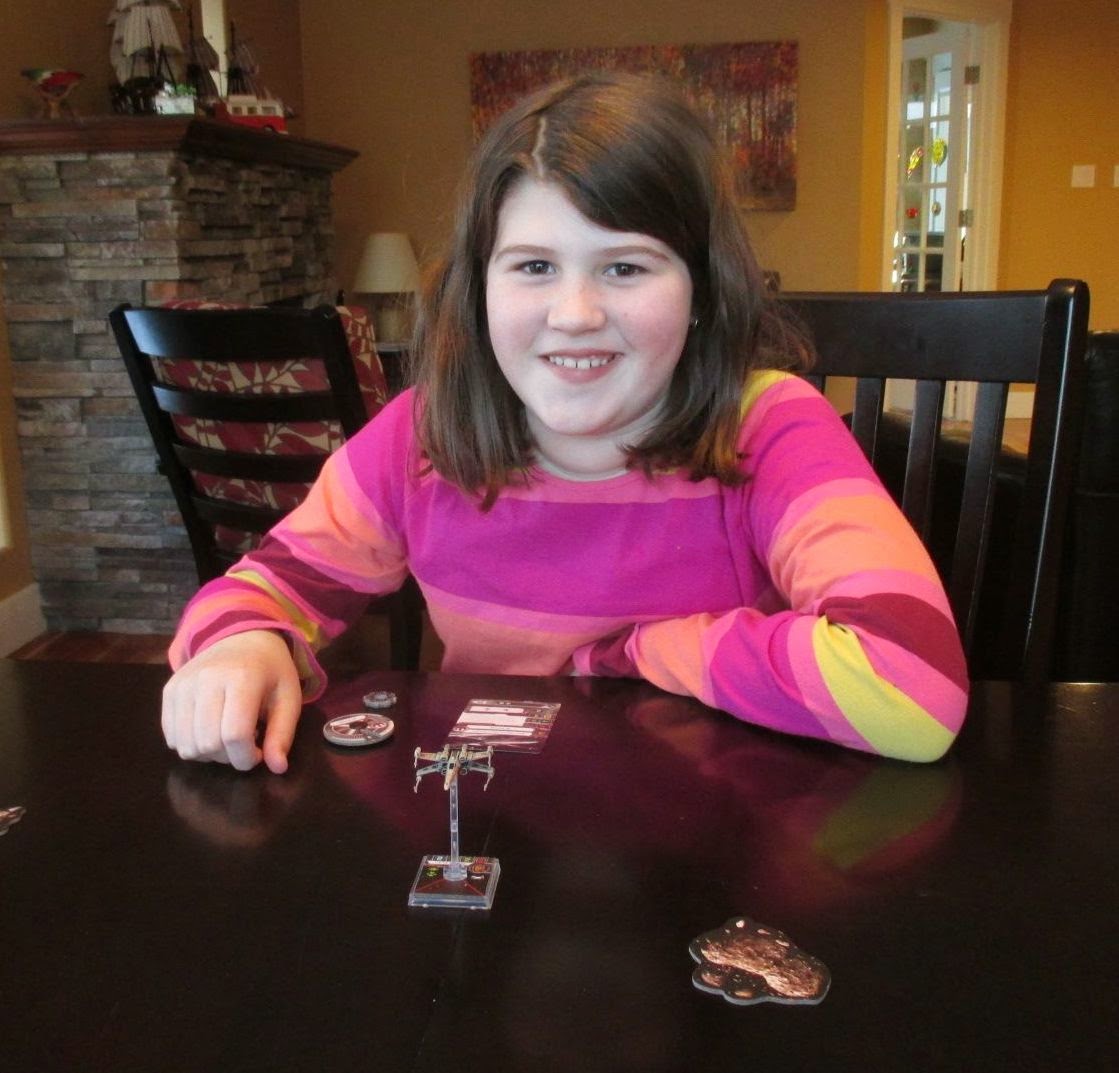 We both picked up the rules fairly quickly and manage three games in an hour. While I pointe dup the game to give her as much of an advantage as I could, she had a hard time against a patient, blood-thirsty father with good spacial skills and 30-odd years of experience on her. Below you can see her twisting her movement dial as we have an initial flypast. 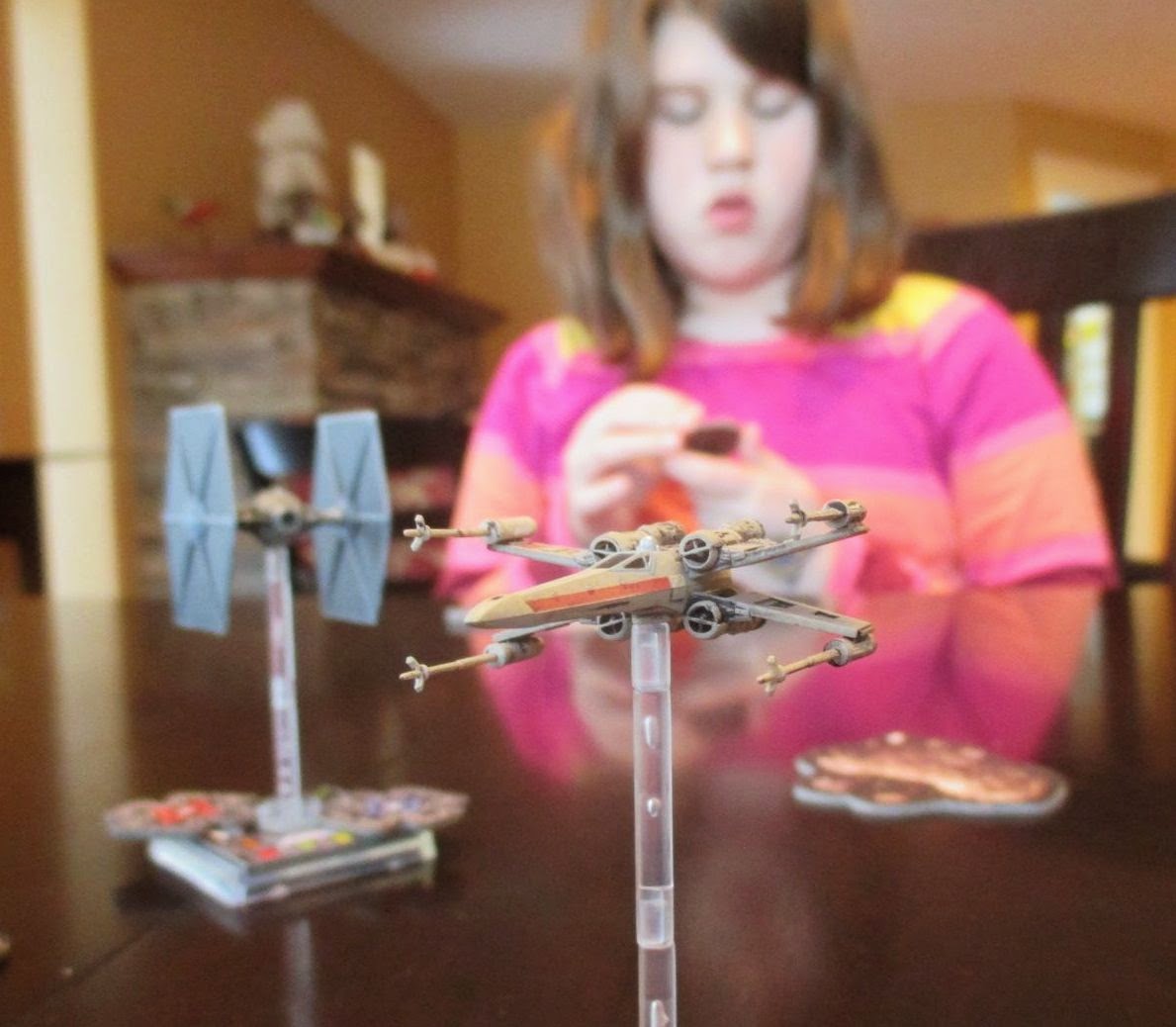 The game has a couple of nice elements. One is that the maneuverable Tie fighters can barrel roll at the last minute to sneak out of the firing arc. Which is what I announced I was doing below. You can sort of see Jessica's disappointed expression in the reflection: she had me nailed except for the barrel roll. 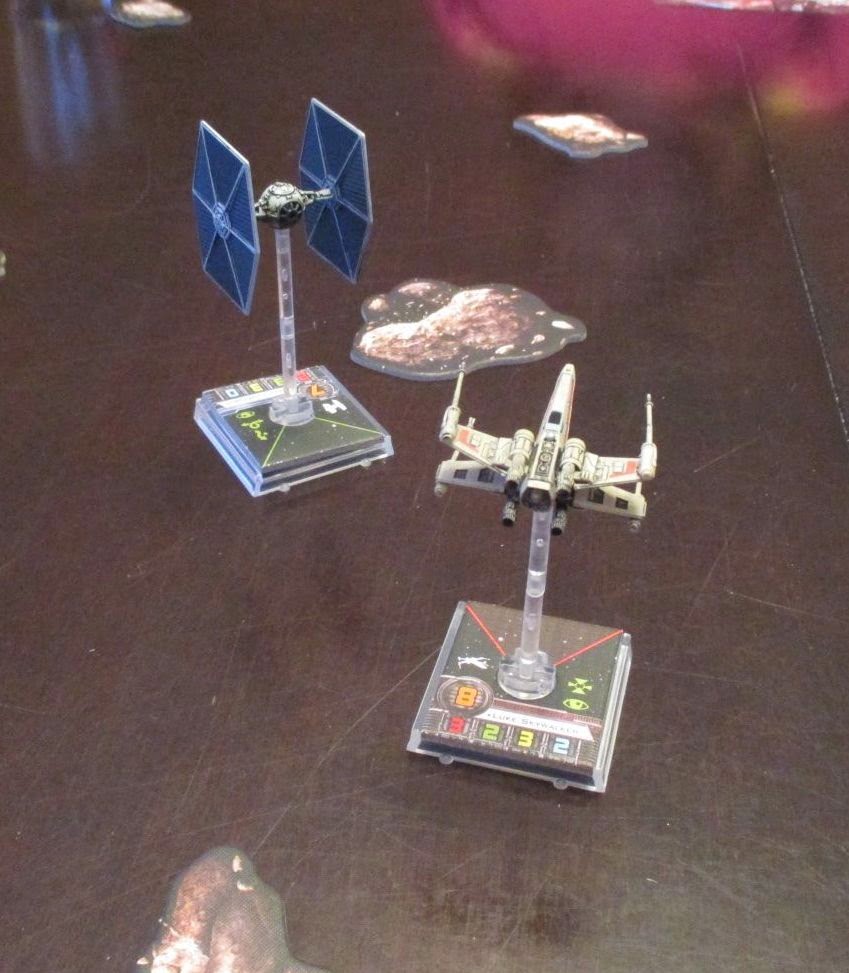 I can't help but think it would be better with a couple of more ships. Coincidentally, Craig sent me this cartoon last week. 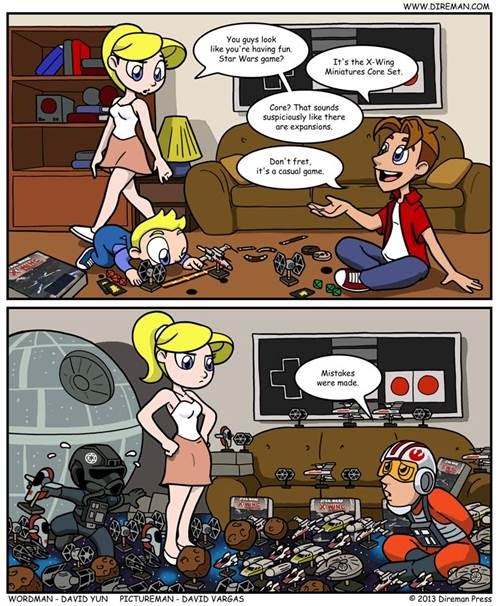 Excellent comic strip picture. X-Wing is rather good isn't it!

Glad to see i'm in good company thinking it great fun too. I was playing it for 8 hours yesterday evening (finished it at 2am!). My regular opponent and I planned to have one quick game to include our new models (Millenium Falcon and Darth Vader's Tie fighter) and then a big Seven Years War game. In the end tricorns were cast aside for lasers and barrel rolling tie-fighters as we just kept playing more games. I think this is going to get expensive!

Yes, a fun game. I may pick up a few more models in the next week to give some variety. Simple enough for a 10-year-old but enough to challenge someone slightly, ahem, older.

Awesome - It looks like you had some fun. I can relate to the comic too.