And the last of the Britons needed for the Boudica scenario are done. Alas, the trees are not. Oh well, good to have something in the can for the mid-March club night. Here are some samples of the Brits.

Again, it is a real mix of figures, including a bunch I got from Dave in a "my junk for your junk" box trade. His junk was really handy! The fellows below are Strelets except for the guy on the right. I'd like to know who makes him as he and several of his cronies were wonderfully easy to paint. 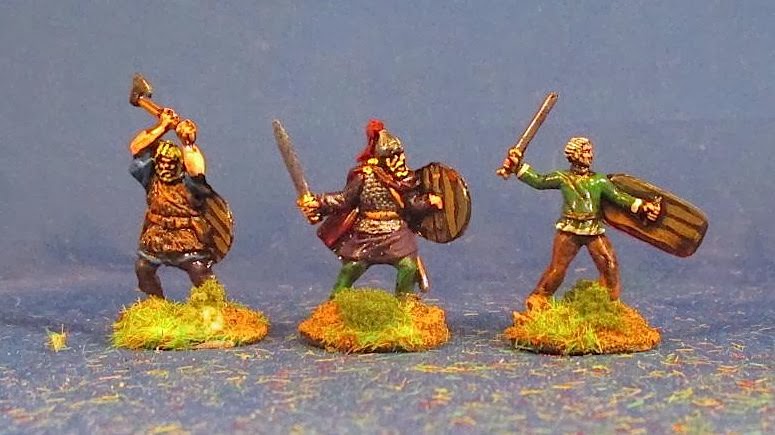 In more exciting news, a big order of HO-scale railway trees have arrived. These just need some weighted bases (perhaps this weekend). I will be passing my older trees to Bruce for his miniaturization of World at War on 2" hexes.

I also did nine mounted figures for the three cavalry units i needed. I think these guys are Italeria.

Up next: Club night this evening then onto some terrain. Then maybe some more steampunk ships.
at 6:25 AM

Hat Gallic warband I think - I liked them too.

The Cav are HaT as well.