The next CCA game I want to run at the club is Boudica's revolt, but I found myself a few Celts short of an insurrection so some painting was in order. A puking child, a sore back and a small flood (across the hardwood, down through the floor and out the ceiling lights and door casings in the basement...) stalled painting but I'm making some progress (on all fronts). That it is -39 but feels like -50 in the wind has helped keep me indoors. 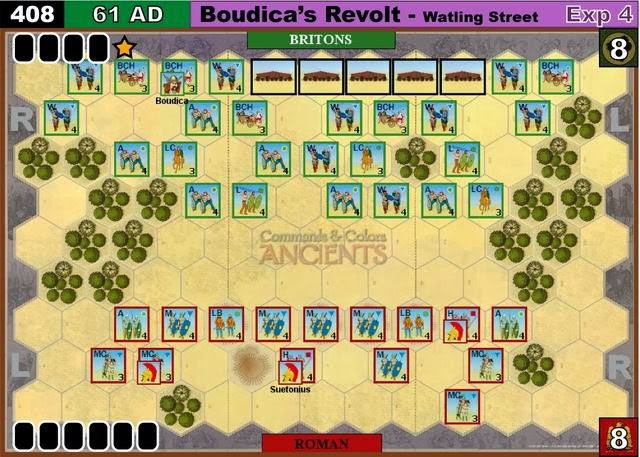 While I think there is only one general in this scenario, most CCA games require three command bases so I decided to knock them all off. I pulled a bunch of stuff out of some bags and boxes so the figures are a real mix. First up, we have Thor and his buddy who seems to be somewhat embarrassed by the boar standard. No idea on the manufacturers. 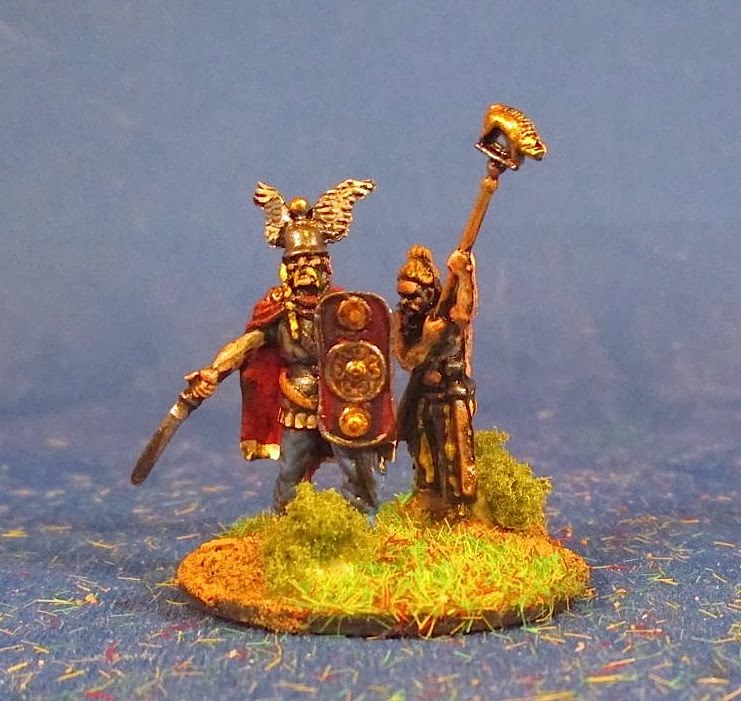 Then we have Boudica and her two daughters. These are HaT figures from a chariot kit (I think). 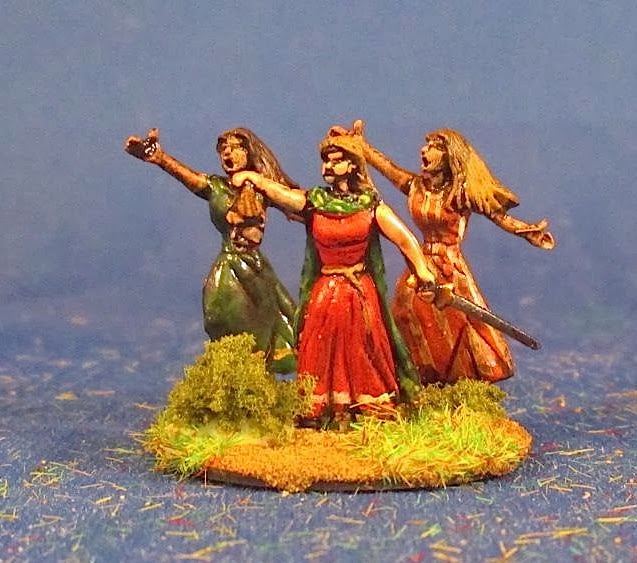 Then a generic Briton (Airfix?) with an anachronistic fellow (maybe Irish or Pict?) who will one-day get a banner on his spear. 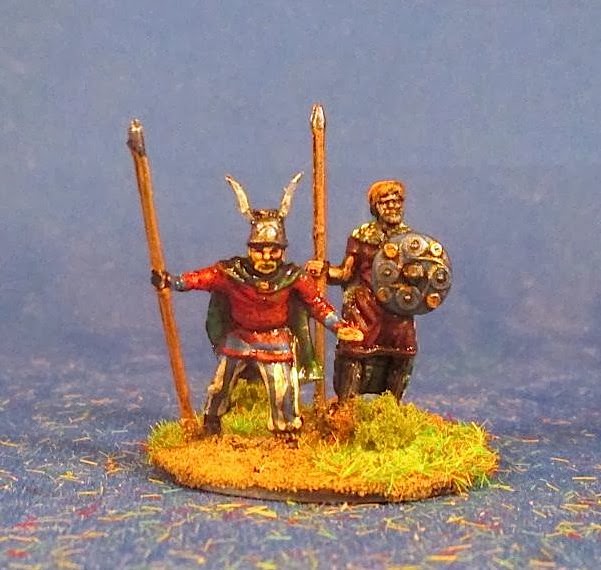 I also needed a couple of units of slingers and managed to find eight figures. These are a real mix and I quite like the different poses.

Up next: I have a bunch of foot (light and auxilia) that are drying. And then 9 mounted Celts. Man, I hate painting mounted troops! Such messy poses with lots of fiddly bits to paint.
at 3:14 PM

Those first two are Airfix (the chieftain with the wings and the boar-standard bearer. I remember them from eons ago!

William got in ahead of me! Airfix. This looks like a cool project.

Thanks. Count of Airfix to look to the comics for inspiration! By Thor's Hammer! Yes, enjoying the project--painting units for scenarios is better than painting a "box" of whatever is next on the shelf!