We had about 18 out at the club last night (wow!) with three or four games of Warmachine going at one point. 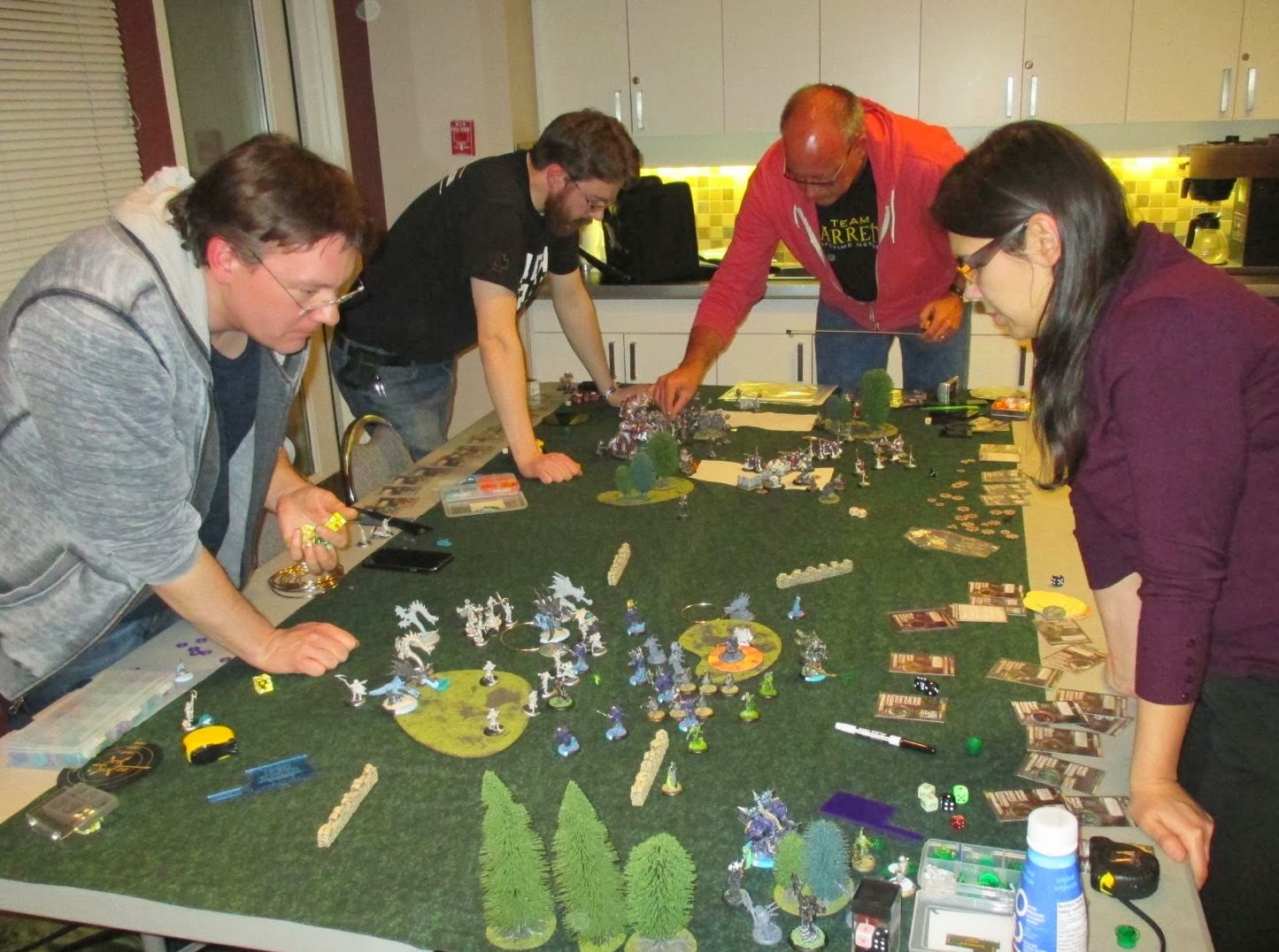 Scott hosted Chen, myself and newcomer Shawn (Sean?) at a game of War Rocket. Red on blue with some scenario notes that no one fully digested. 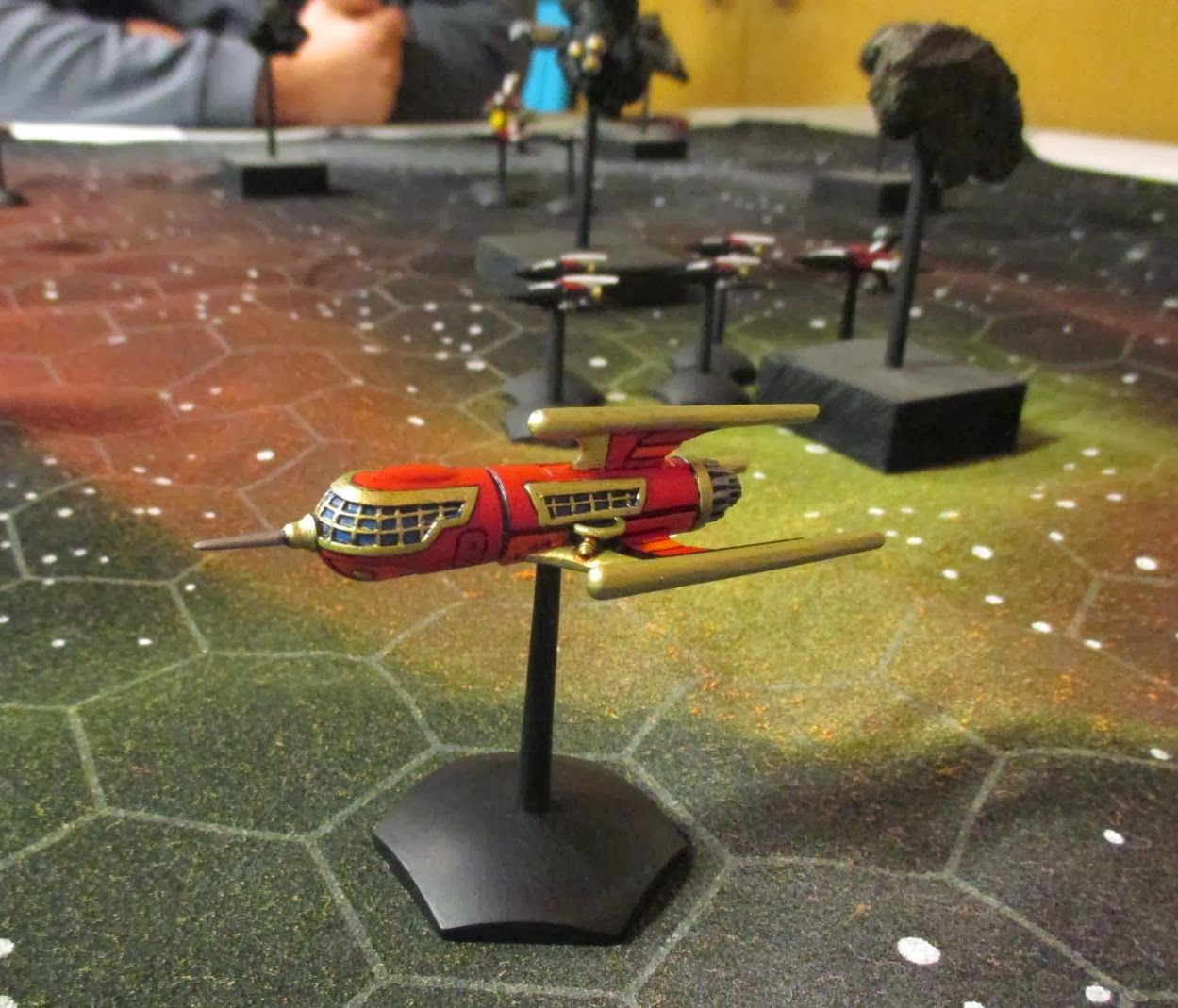 Things seemed good for blue until a lucky shot vaporized the large blue ship in the picture below. Love the simply mechanics in this game. Could be adapted for Star Trek or Star Wars. 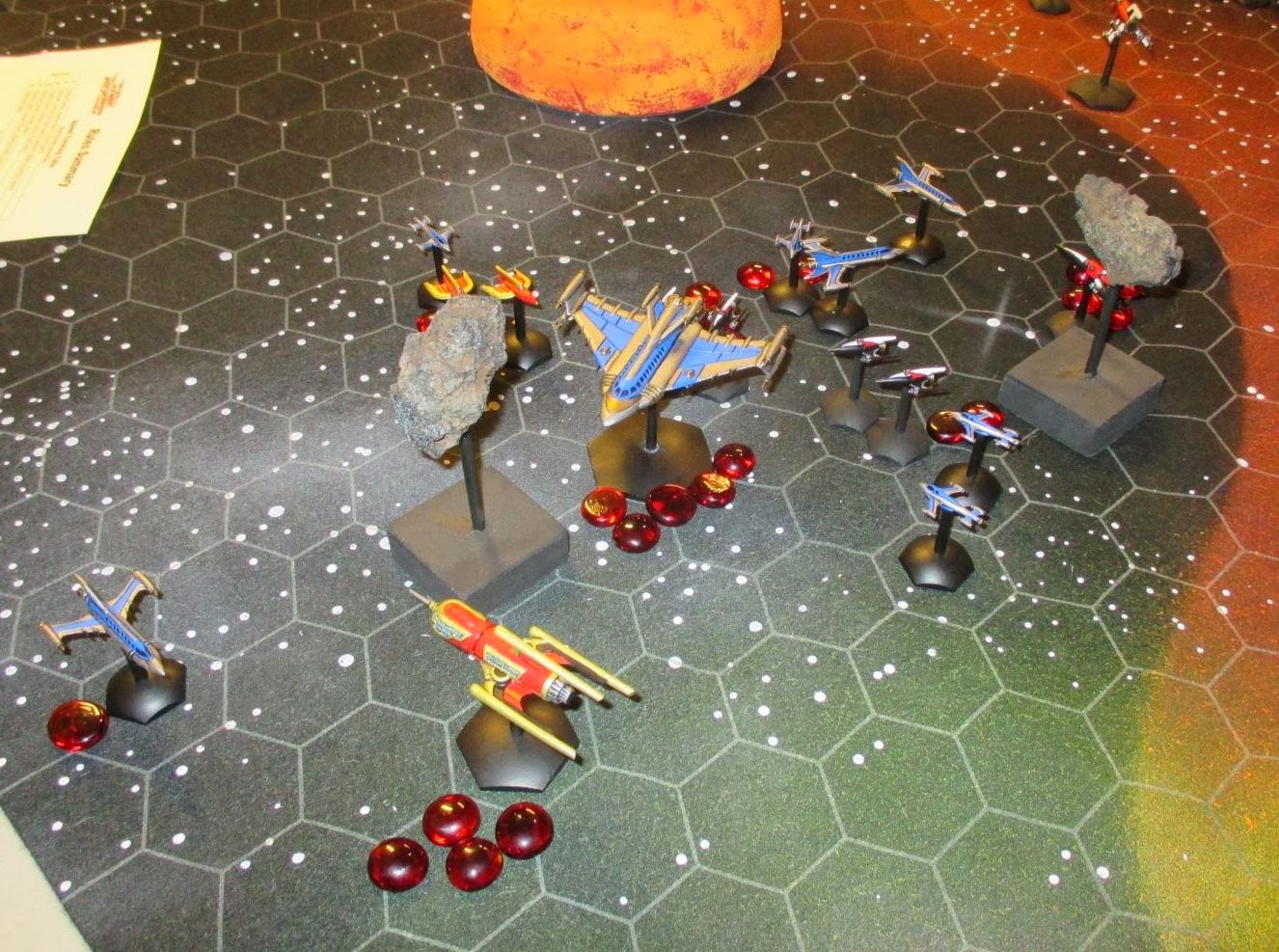 Similar results on the other side of the board led to follow the leader as the smaller ships swarmed into the blind spot of the second big blue ship. Blue gave as good as they got, however and red held the board but only barely. 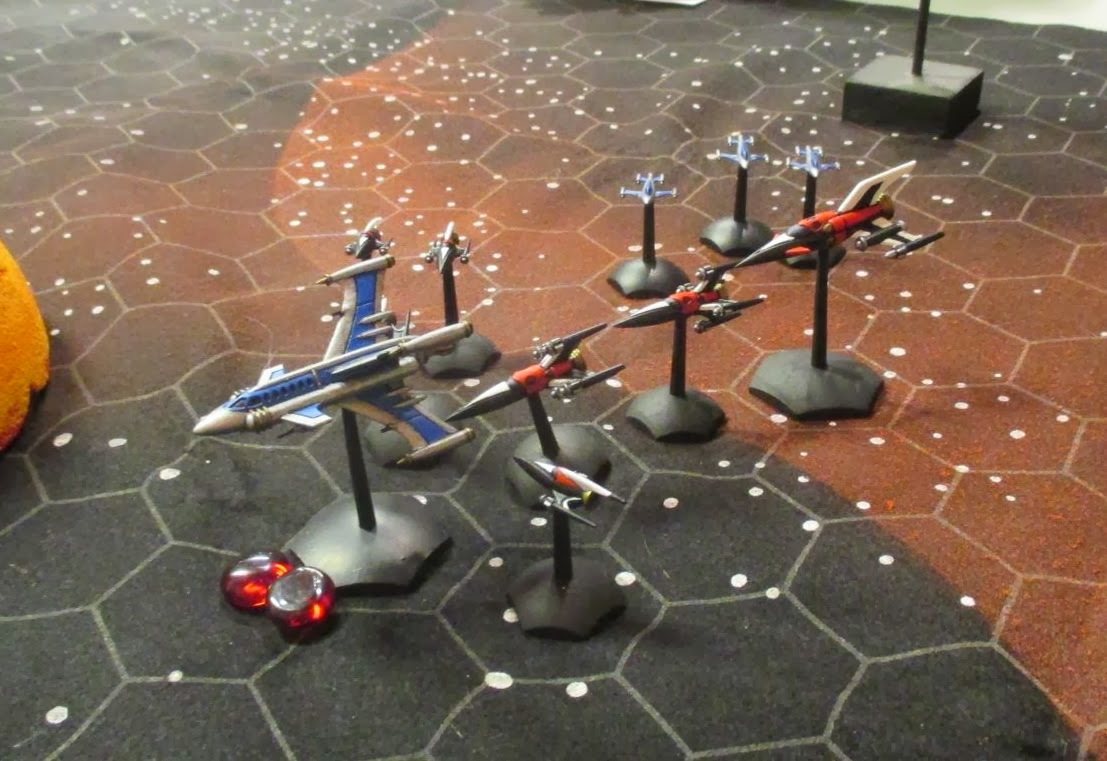 Dave hosted Wiley, Bruce and Terry in a game of Bolt Action WW2. This one will blow up next declares Dennis' finger. 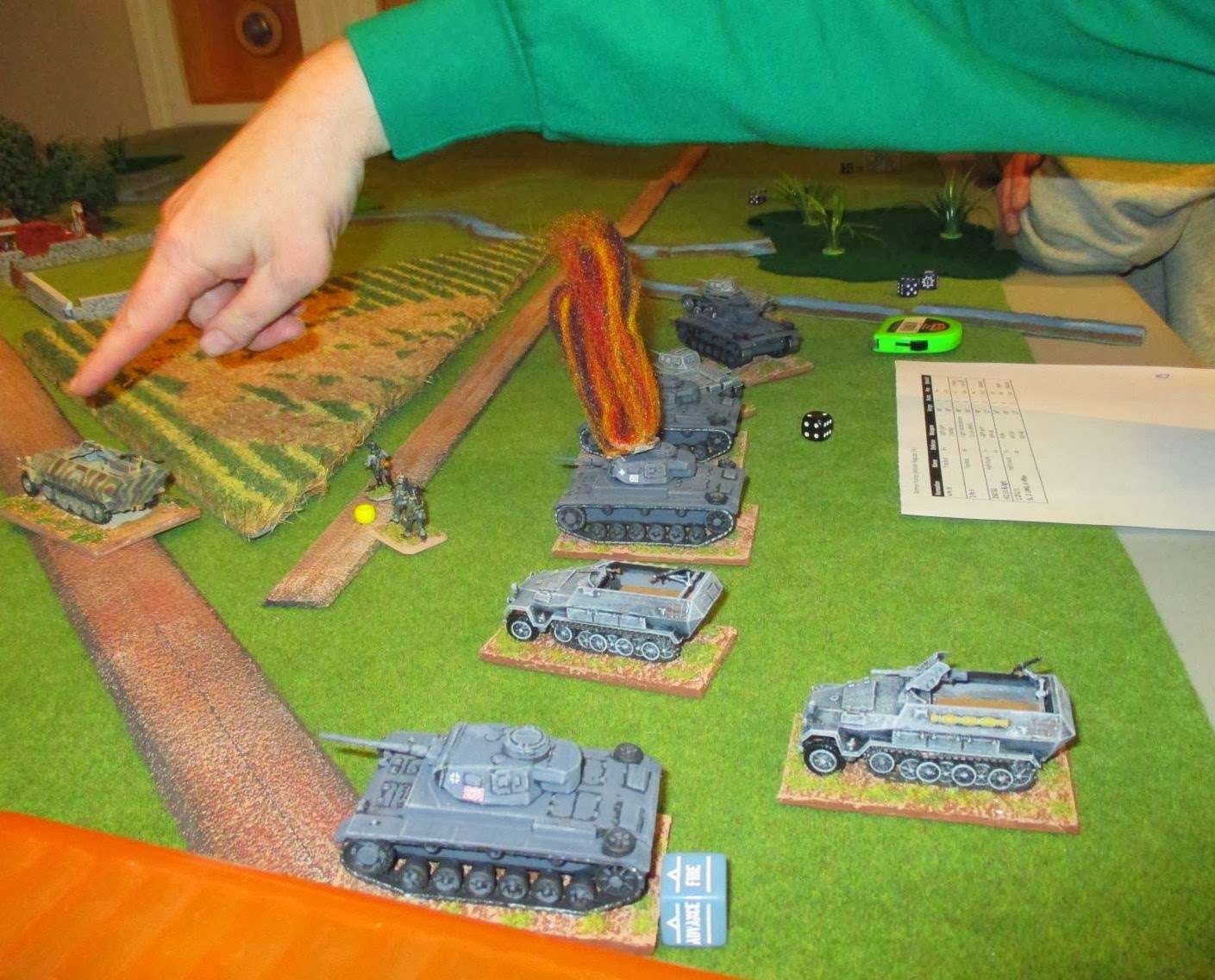 Alas, it was a Russian armoured group that burned instead. 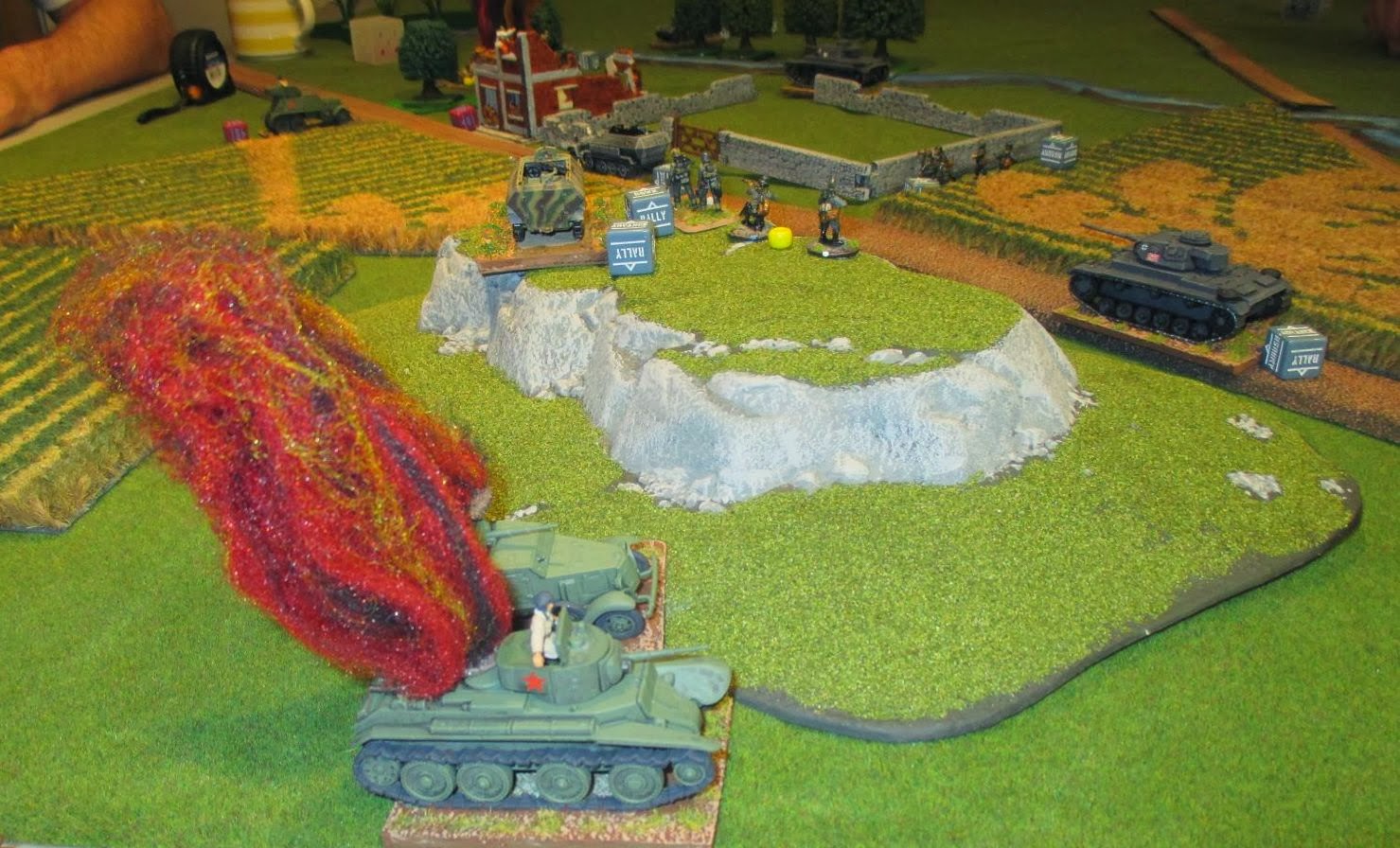 Up next: 18 new trees are underway. Also some 1/72 Germanic horse. If it warms up this weekend I will spray some more steampunk ships.
at 6:56 PM