It was club night last night and there about 15 guys out. My camera batteries died so I have few pictures. There was a good Warmachine crowd and they were still at it when I left. 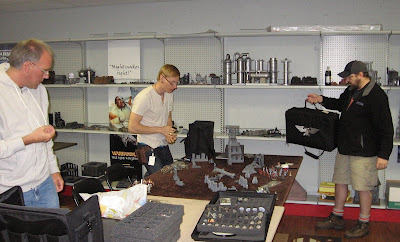 I think there were six guys playing DBA. 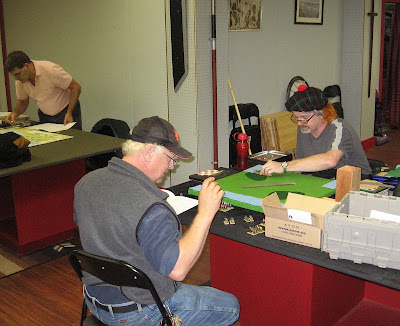 And there were three guys playing CCA. This apparently pleased the hell out of Scott. 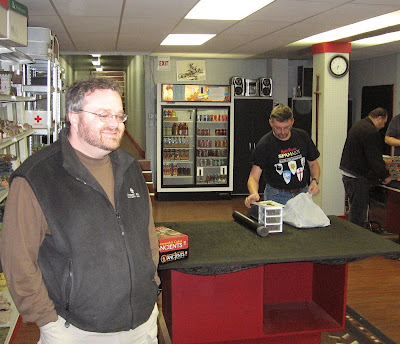 I played a game of Wilderness Ward is Bruce--our first time through the game and it was fun. No picture so I pinched this off the web. 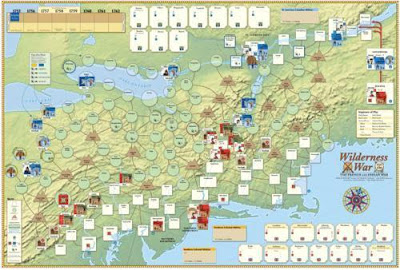 Fun night...lots of guys out!

Yeah, I was pretty surprised by the turn out; nice to see so many guys!

And Scott really does look pretty pleased, doesn't he?