This summer I got inspired to try my hand at a diorama, putting together Roman and Celtic camps for my 28mm DBA/HoTT armies. The Roman camp looked unfinished and the consensus was it needed to be populated. A trade gave me some 28mm Warlord legionnaires and I bought some nice decals off the web. A bit of swearing later, voila. 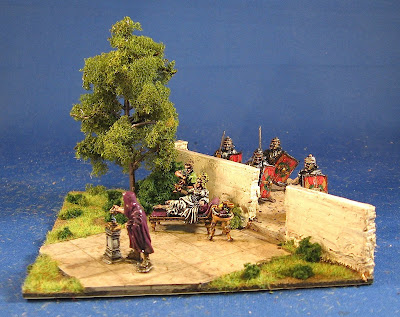 About the only major issue I see here is that I put one of the shields on upside down (arrgh). 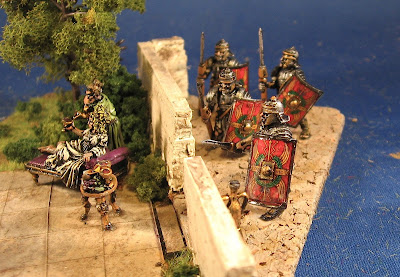 And then there is the fact that I have an imperial Roman camp for my republican Roman army. 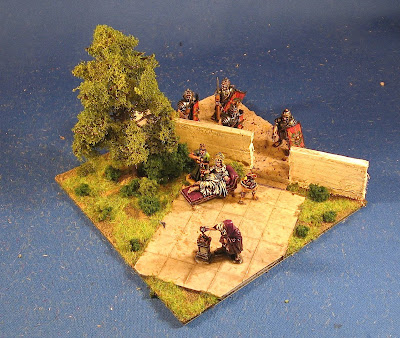 It was interesting to build the Warlord imperial Romans--I think these were the first 28mm historical plastics to come out (about three years ago). They are a bit clumsy to assemble and have limited posability. Yet they are still pretty nice figures.

Up next: Some 15mm AWI horse have been primered and a 15mm Thracian DBA army has been built (those Xsyton armies are nice but fiddly). I also have three 28mm characters about to roll of the workbench to flesh out my HoTT/DBA medieval and Roman armies. Just need to finish up some siege engines.
at 10:13 AM