I completed and posted out a new DBA army tonight. These were an Aitolian Hoplite army (II/5e) by Xyston. 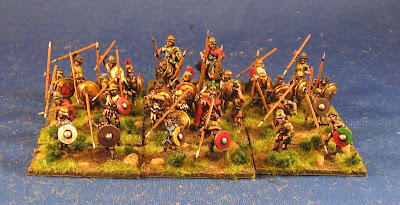 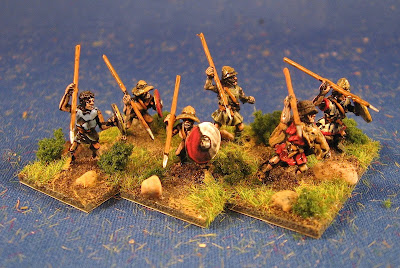 There were quite a number of starkers in this army. 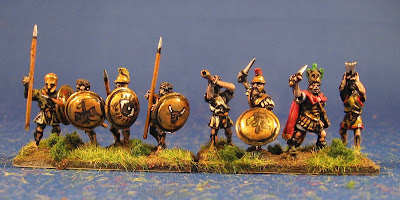 There are also four bases of 4Sp, including the general stand on the right.

There is also one base of 2LH giving a bit of mobility. 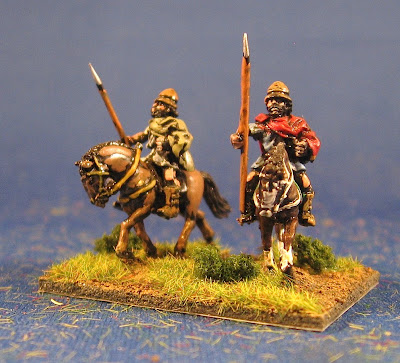 Up next: Some 28mm characters for my Roman and medieval DBA/HoTT armies are queued up. Plus some commissions once the figures arrive. Should be quite for the next five days and work picks up, though.
at 6:20 PM