It was the first club night of the year Tuesday and we had 10 players and 3 guests out for the event. Matt and Kevin played a game of Canvas Eagles with some spiffy looking planes. 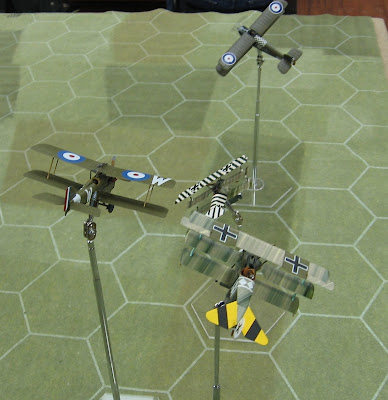 Dave C and Scott played the second game in their WAB Arthurian campaign. 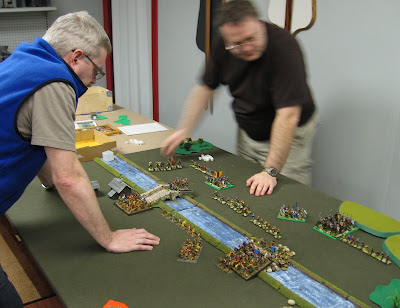 Chen-song put Justin and Bruce through a game of Ambush Alley. 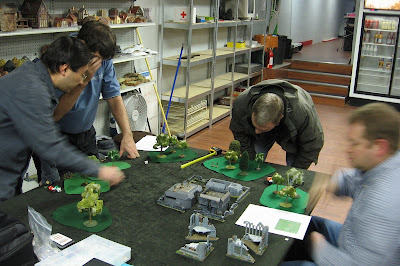 Mark and I gave Arcane Legions a go--you can see his armoured grizzly bears putting the boots to my legion here. 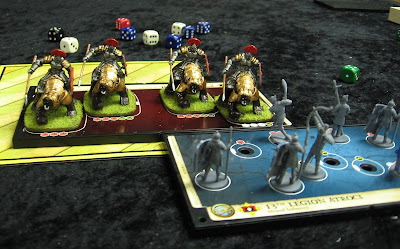 Russ, Denis and Denis' son dropped in for a visit. And at the end, Jonathan joined Mark, Dave, Scott and me for a game of Ave Caesar. 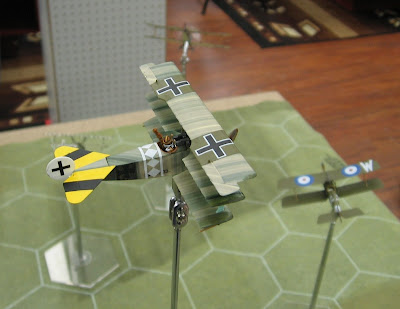 We also got a pile of loot for our silent auction on January 19th.
at 7:02 AM

I'll second that.
In particular the WWI kit.
My collection is 1/144 but the details you get in 1/72 makes me envious

Yes thanks, and Kevin and Matt have lovely planes. Kevin's blog is listed over on the right side and he has some nice projects there.

The biplanes are really nice. Where do the flight stands come from?

I believe a fellow named Top Gun Ace sells them via The Miniatures Page (or at least that is how I have contacted him). He may also sell on ebay.