I cranked out my first set of 28mm Wargames Factory Romans today. I am happy to see that four of these fellows fit on a 60mm DBA base! There was even enough room to have one fellow throwing his pilum. 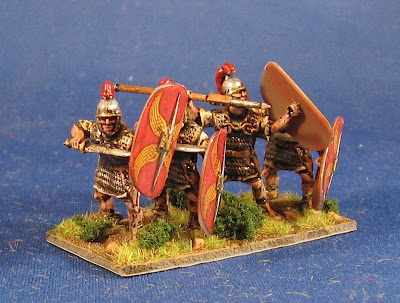 Overall, I'm pretty happy with the result. I believe this was one of WF's first plastic sets and the detail is slightly less crisp than their more recent releases. But it is still very good. 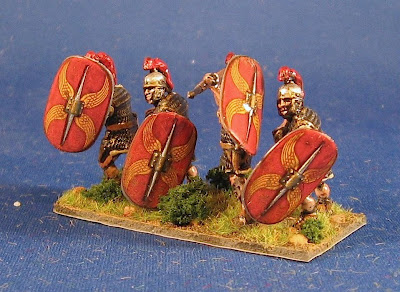 Someone asked me for some assembly tips and I think the most important is the order I'm gluing the pieces together. First up is trunk to legs (if applicable). Then positioning the weapon arm. Then the shield arm. And finally the head (as this must match the overall direction of the pose). 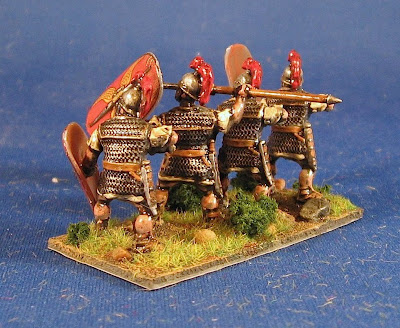 As promised, here is a crisper shot of the Celtic psiloi. 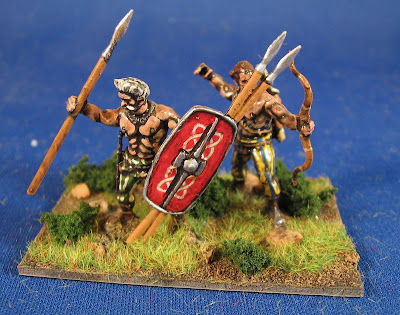 And here is a better shot of the bow man. This required some cutting to bring his two arms up into an active shooting pose. I wouldn't have tried this with metal but the ease of cutting and low cost of an error made it worthwhile in plastic. 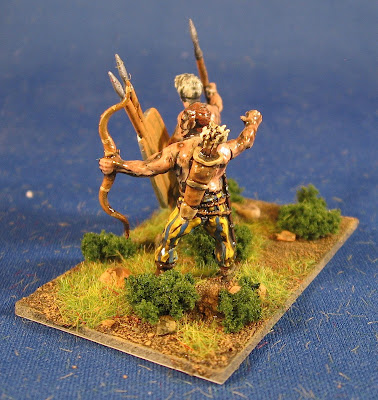 Up next: I've eight more Romans assembled, including a command stand so those will be next. And then onto a 15mm Anglo-Irish DBA army at the end of the week.
at 4:53 PM

These Romans are really nice.