15mm paratroops and AA for sale

I finished painting out a job lot of 15mm WW2 figures I bought awhile back. I have added these to my 15mm WW2 for sale page.

First up are two platoons of German paratroops. The figures are Battlefront metals and on FoW bases. 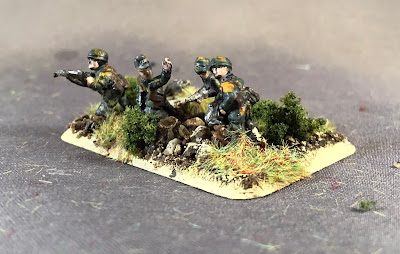 Getting a decent picture is always tough. They have camp smocks. Two broken rifles were converted to panzerfausts. The bases almost all feature an MG team plus infantry. 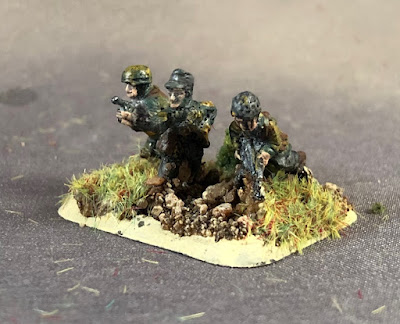 There are two command bases as well for a total of 78 figures (18 four-man bases plus 2 three-man command bases). I'd like $80. 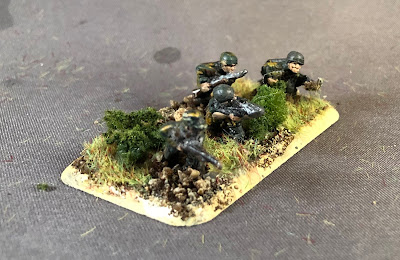 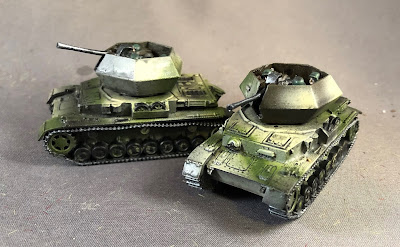 These are pretty nice models and the turrets are loose (so rotate). 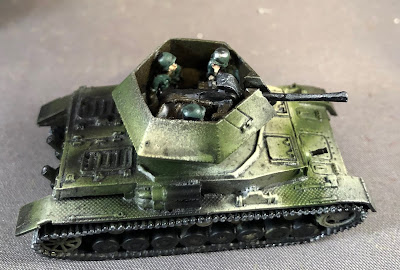 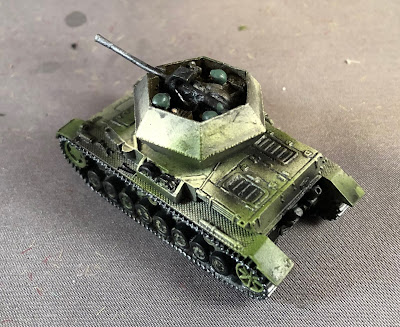 Up next: Some HO-scale terrain, I think, plus the first club night of the year.
at 5:00 AM