I'm keen to get to the club tonight. In the meantime, i finished off some starbases from Shapeways.

These four came as a set and cover the whole range of Star Trek series. They are not to scale with one another. The first is the Earth dry dock (which would be huge). 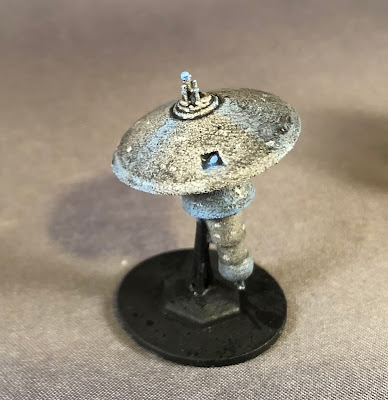 The Deep Space 9. This is pretty close to scale with the 1/7000 Star Trek fleets that I have. 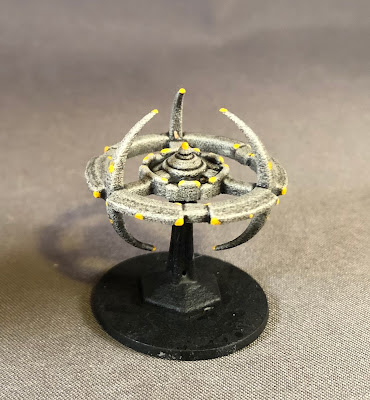 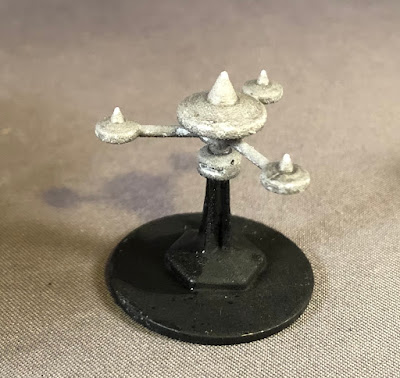 And finally Regula station from Wrath of Khan. This station would be about the size of the light pole on top of the Earth dry dock if the stations were in scale. 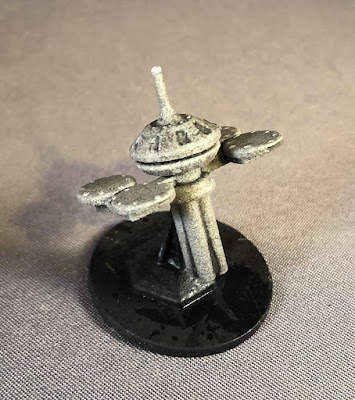 Overall, fun little models to serve as objectives in a game. Up next: club night and maybe some vipers and raider.
at 5:00 AM

As for the scale, I always feel that doesn't matter much for spaceship gaming. The ships and stations are "points" in space, and the models are merely a marker for the point location.