I'm going to run a game of Pulp Alley at the club this week. It has been awhile since I've played so Bruce hosted a gangsters themed game this week so I could refresh my memory about the finer points of the rules. 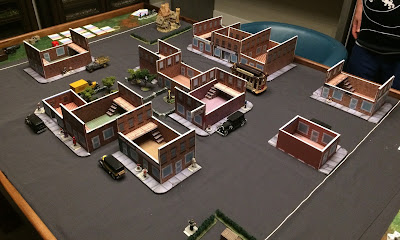 A new addition to his gangster set up (beyond the cut-down buildings with access to the interiors) was this trolley car that was liberated from his beloved's shelf of mementos. 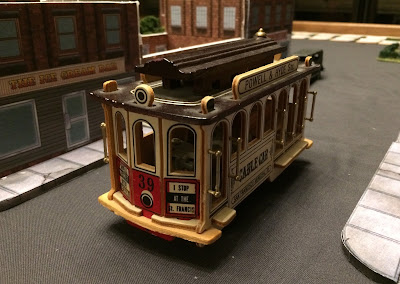 A new mechanic we tried out was recruiting bystanders. Basically, you can recruit by contacting and passing a check up until the first shot of the game. I managed to pick up granny and the bellman before Bruce opened fire.

Of the left side of the table, the gangsters advance, trying to bring enough power to bear against the cop's leader to knock him out. No joy there! 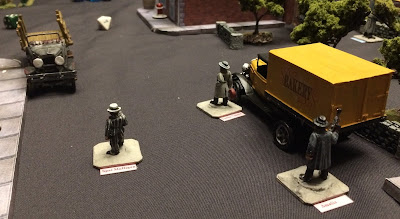 Over on the right side, the gangster leader (background) is shooting it out with two cops. Unbeknownst to them, the bellman is sneaking up behind them.

I was fiddling with new camera angles on my phone... 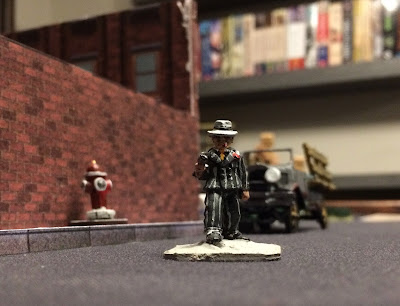 ...and wasn't paying enough attention to the head copper making a bee-line for my still! 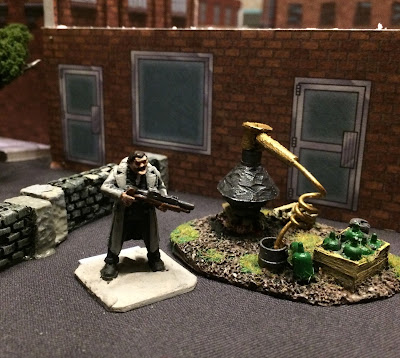 He broke the still (the major plot point) and a running firefight through the alleys ensued. 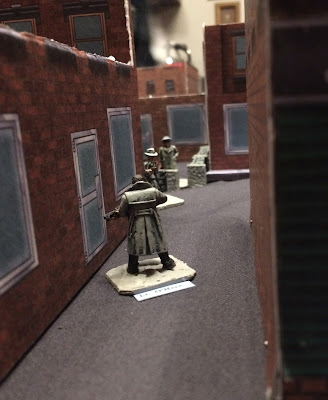 Meanwhile, granny duked it out with a copper. 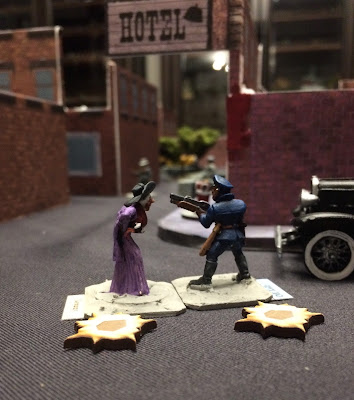 And over on the right side, the firefight continued until Bruce managed to grab a minor plot point and scarper off the board, clearly winning the game for the poh-poh. 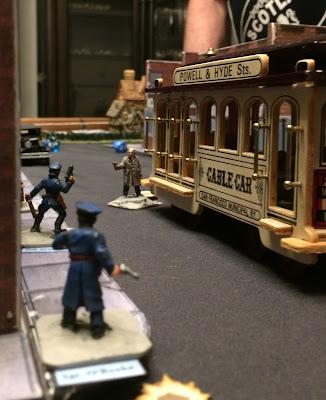 I'm putting the finishing touches on my club game today. I'm going to do a May the 4th themed scenario. Mostly trying to not over-complicate the game with too many special rules or conditions. Looks like five-person gangs plus some roving NPCs.
at 8:37 AM

Love that Trolley Car, looks excellent on the table.

Yes, it was a nice find!