Full Thrust at the club

Bruce hosted a game of Full Thrust at the club this week. He used the newer Full Thrust rules which streamlined a few things and we started off using hidden movement. 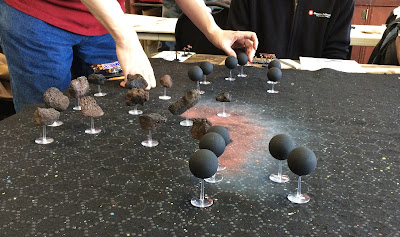 The first few turns saw red team's light ships take a pounding from the white team. The two carriers moved towards the planet (out of frame to the right) that was the victory objective. 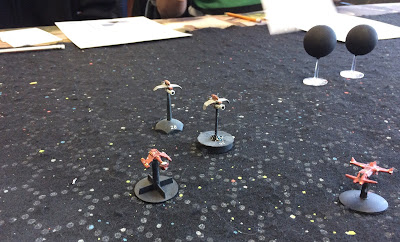 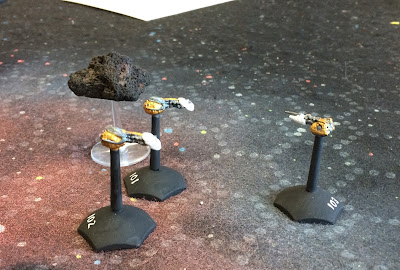 By mid-game, the carriers were about to engage by the planet while the rest of team red was in some serious trouble. Team white had launched a salvo of missiles (blue markers just barely visible below). The carrier battle was blood (for the fighters) but not super damaging. 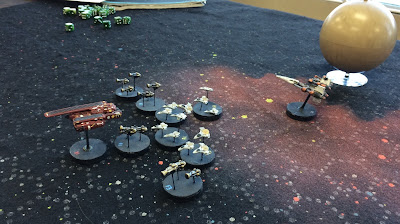 Team red's carrier then moved into orbit around the plant, chased by team whites lights. 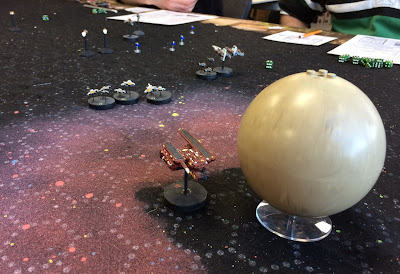 While I didn't snap a shot, team red's carrier looped around the planet just as team red's missile salvo finally caught up with it and that was basically the game. A pretty fun space game with more balanced fighter rules than the original.

As summer has arrived, I will be moving to one post per week (likely Saturday's) from two.
at 3:43 PM