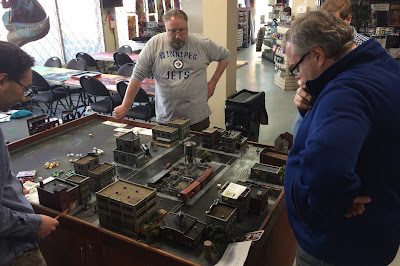 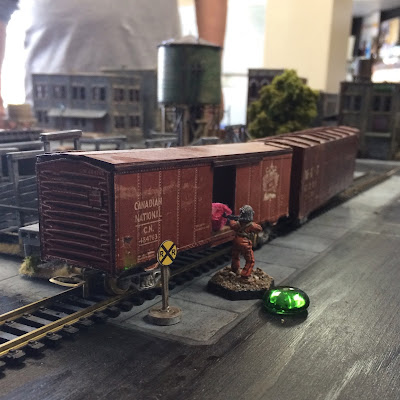 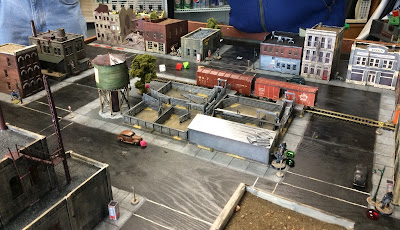 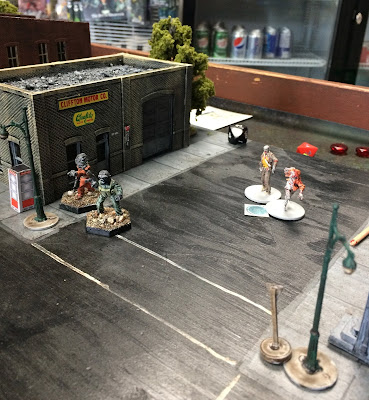 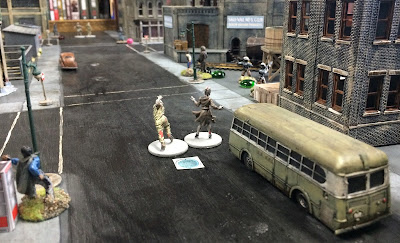 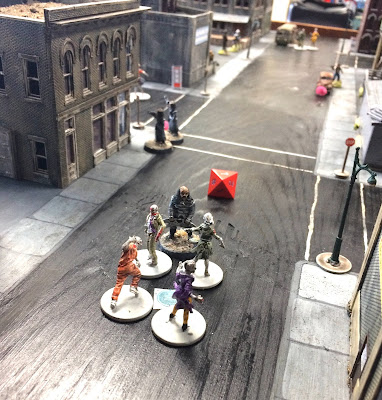 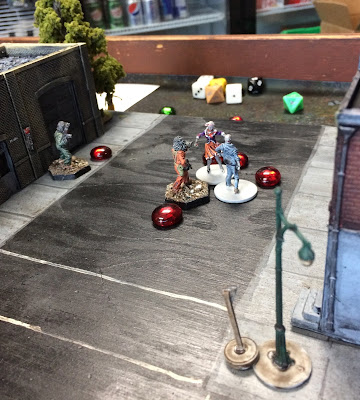 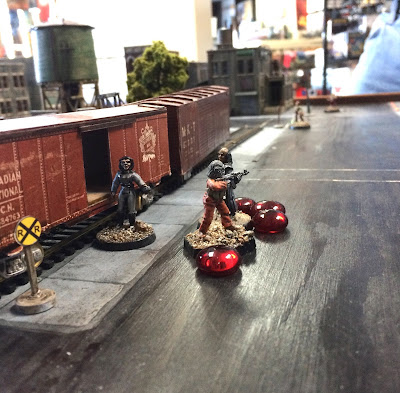 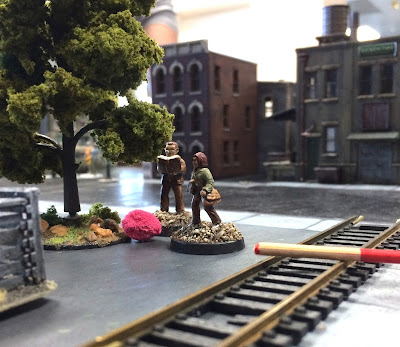 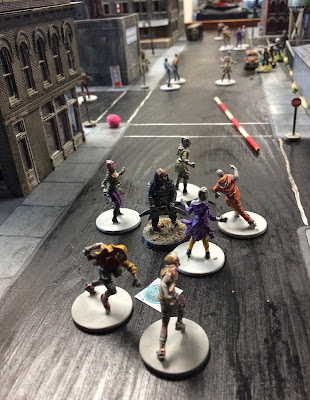 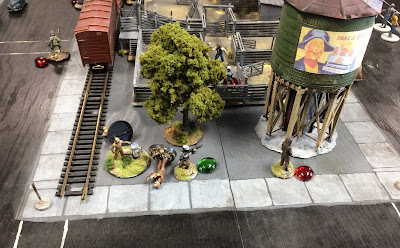 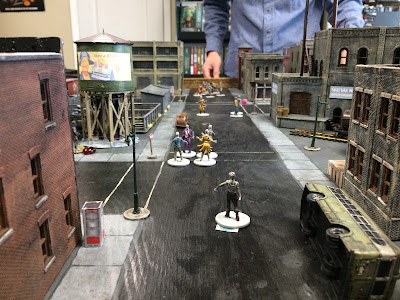 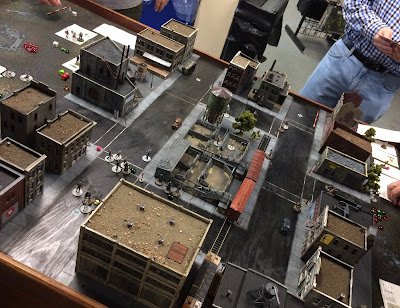 Thanks to the players for their good humour. I was so happy I remembered almost everything. I left Luna Lovejoy's wand as the initiative marker at home so we McGyverized a solution (a box of paper clips). Thanks also to Red Claw for hosting us.
at 5:00 AM

Hmm seems Scott's dark side has been emerging lately. He cast lifesteal on a wounded Thug found in the last Frostgrave game too... Excellent looking game Bob. Hope you bring this again!