I was over at Bruce's place on Tuesday for another go at FUBAR. Bruce had reduced the ranges a bit and we wanted to see how that played versus last week's game at the club. 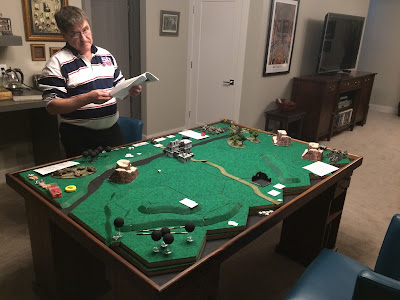 This was also my first look at Bruce's new gaming table. This is one sweet table and replaces the plywood-on-a-workmate that we've been using for 10 years! 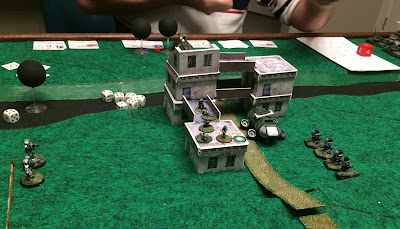 My objectives has to hold the bridge behind the building in the middle of the table. I just had to prevent the enemy from being able to use it. Bruce had some paratroops already in the paper building he worked up this week.

My guys came on at random and we used blinds. As one would expect, my troops came on on opposite sides of the board and I rushed to the middle to try and secure the building, 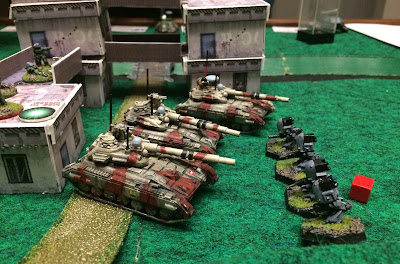 This this (above) happened. And then this (below) also happened. It was basically a nightmare as I was stuck feeding in troops piecemeal while Bruce picked them apart. 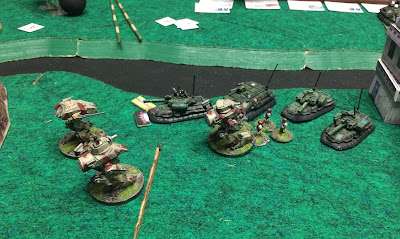 There were some moments of hope when I started to get some flank attacks and lucky rolls. 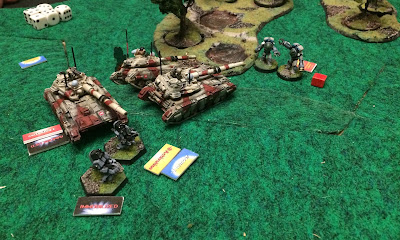 But that hope was soon dashed. 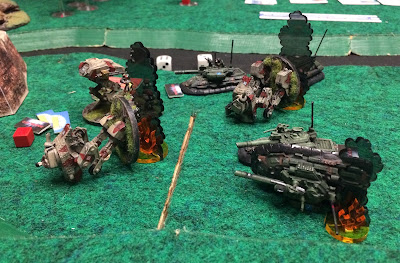 The more reinforcements arrived and I tried to salvage what I could of my forces to try again another day. The shorter ranges worked well and overall, it was a good game.
at 11:43 AM