Club Night: Fate of the Elder Gods and Small World

We had 7 guys out at the first club night of the year. Terry hosted Wiley, Richard and Craig in a game of Fate of the Elder Gods. 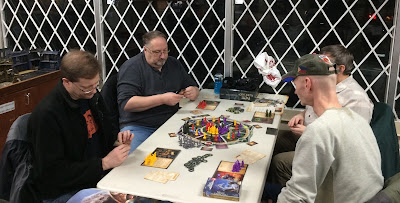 I brought Small World. Scott and I got a quick learning game in and then Chen joined us for a three-player throw down. Chen crushed us. Scott describe the game as ethnic cleansing that the whole family can enjoy (which is basically what Small World is). 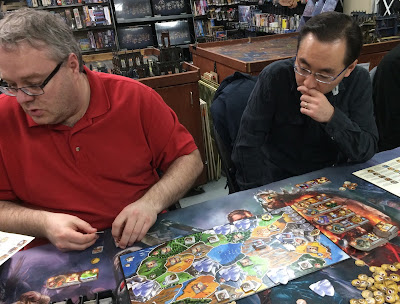 I also got some time in at the painting table and managed to push out the second half of this 1/7000-scale set of space ships. 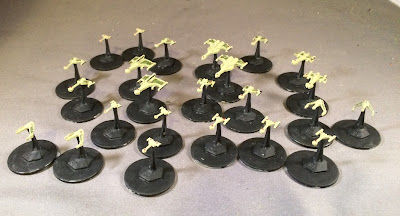 These are on 20mm bases and a very tiny so doing anything beyond a quick base coat was a challenge. But they are finished and I need to now sort out some rules for them after finding my hex star matt one the holidays. 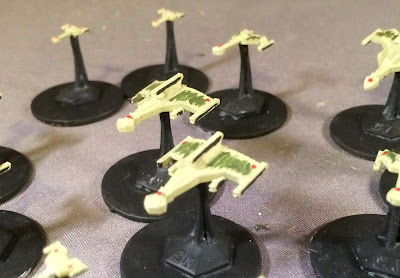