We had about 15 guys to the club on Tuesday. There was a large game of RoboRally (which blogger keeps autocorrecting to "Rob orally"). 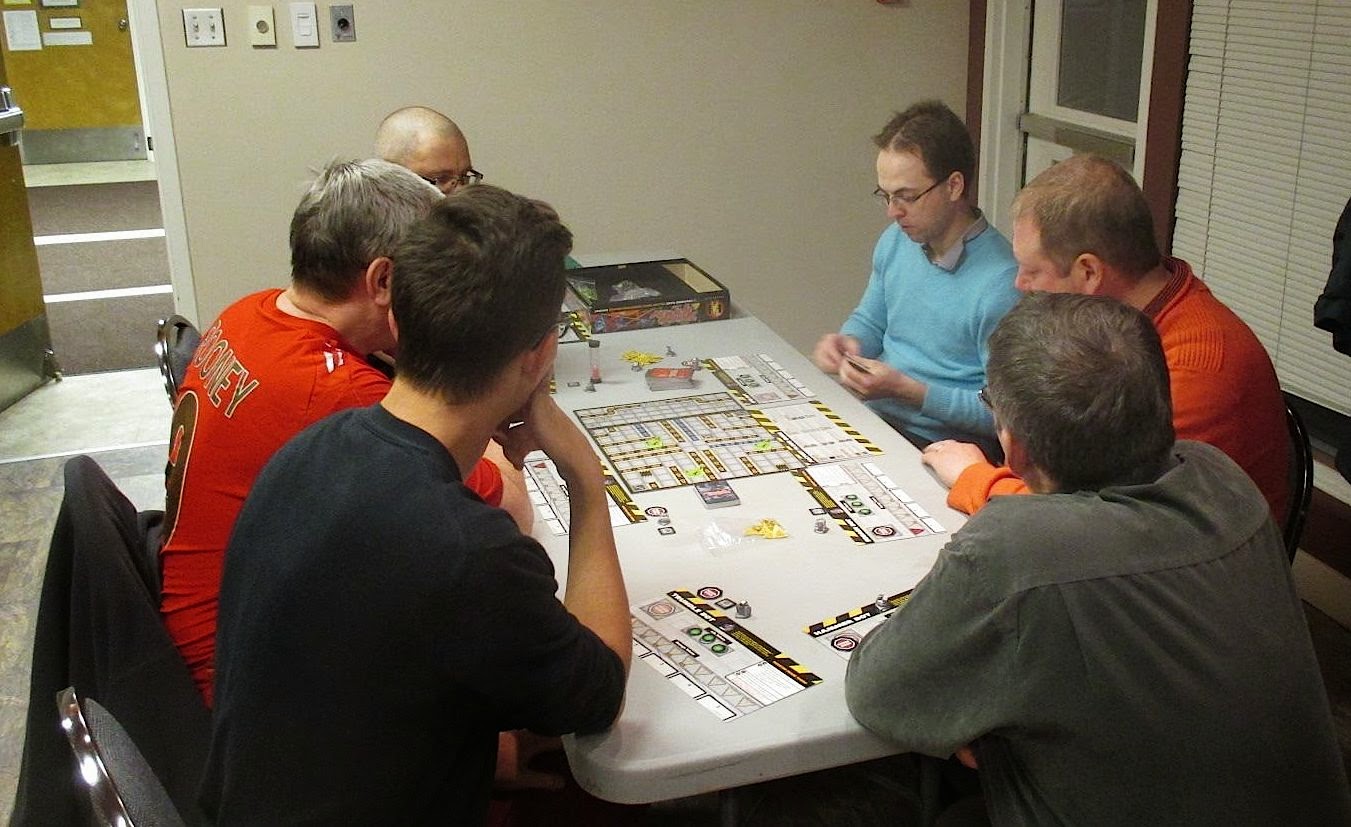 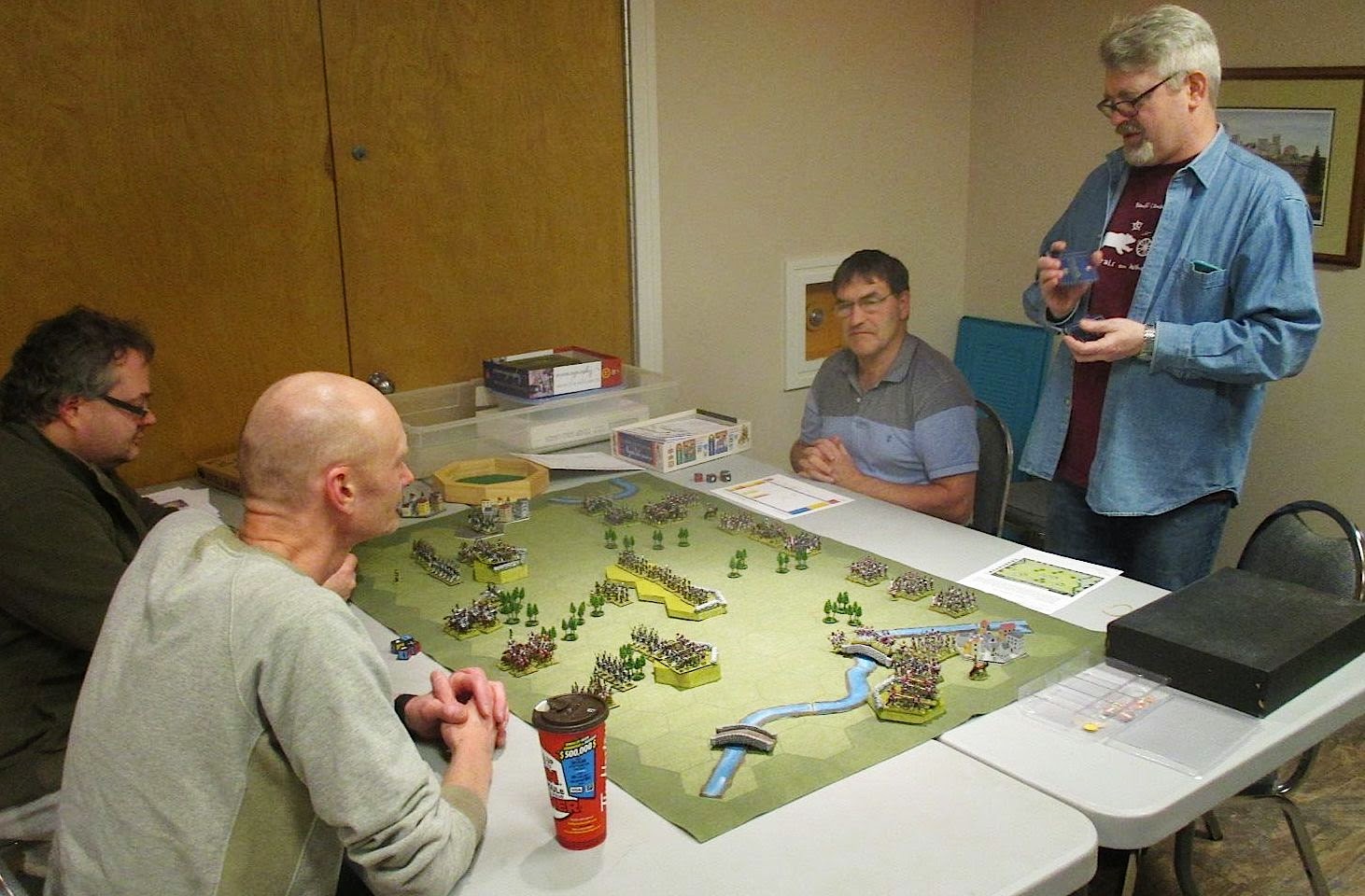 I hauled out my 54mm AWI guys for a game of Clash for the Continent. Amazingly, I don't have enough trees yet! I ran the Saratoga scenario with Benedict Arnold playing a big role in the American defines. 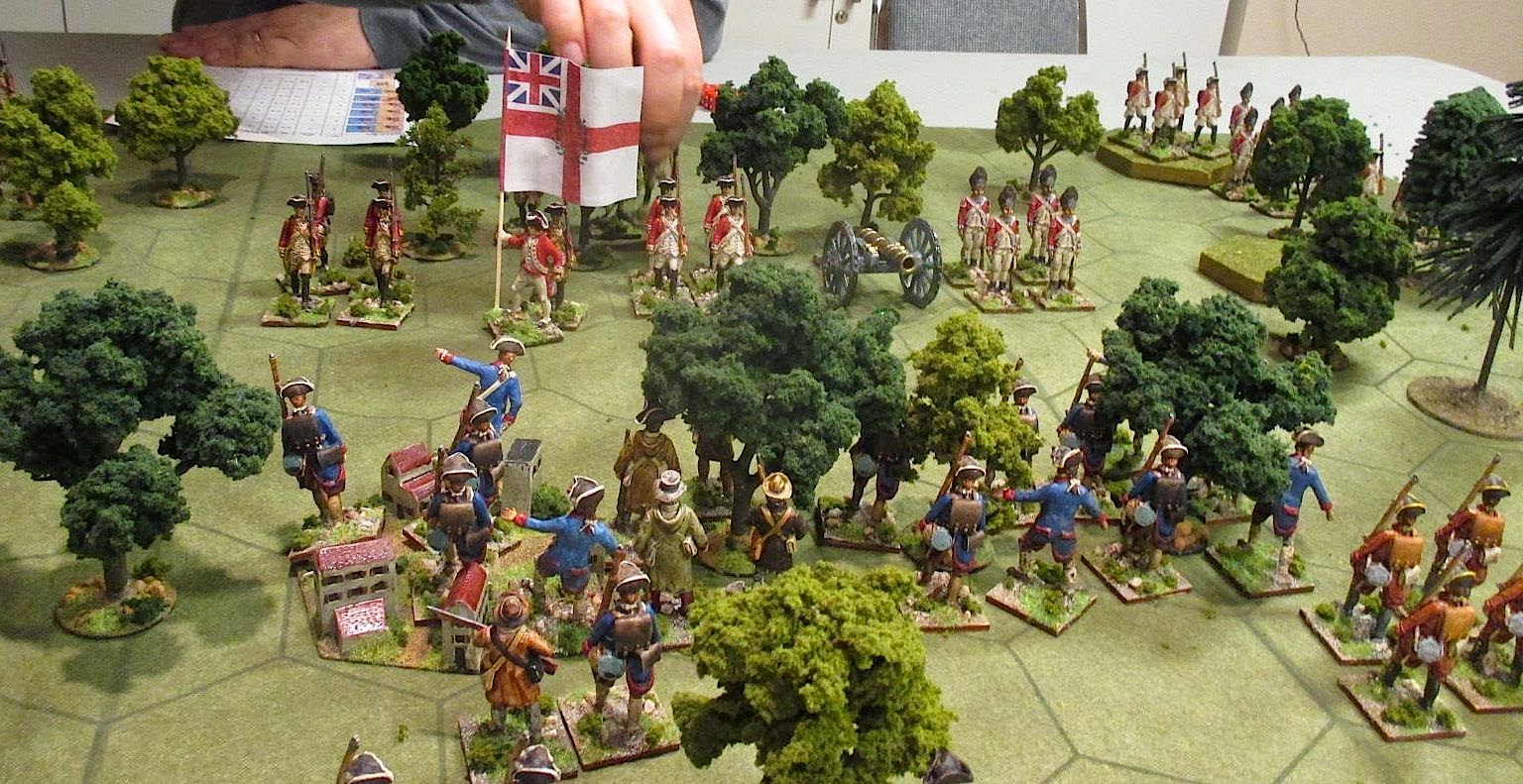 In the end it was a Rebel victory, in large part because the British command rolls were the pits. The Americans victory condition was to avoid the British winning, which meant not losing American units and protecting two valuable hills.

Fortunately, Benedict Arnold's abilities allowed me to run units forward in the centre (which forced the British to burn command points responding), get them shot up and then retreat them where Arnold could rally them ("yes, Virginia, there is actually a strategy..."). This held up the British advance on the right flank--which is likely where the British could win the game. 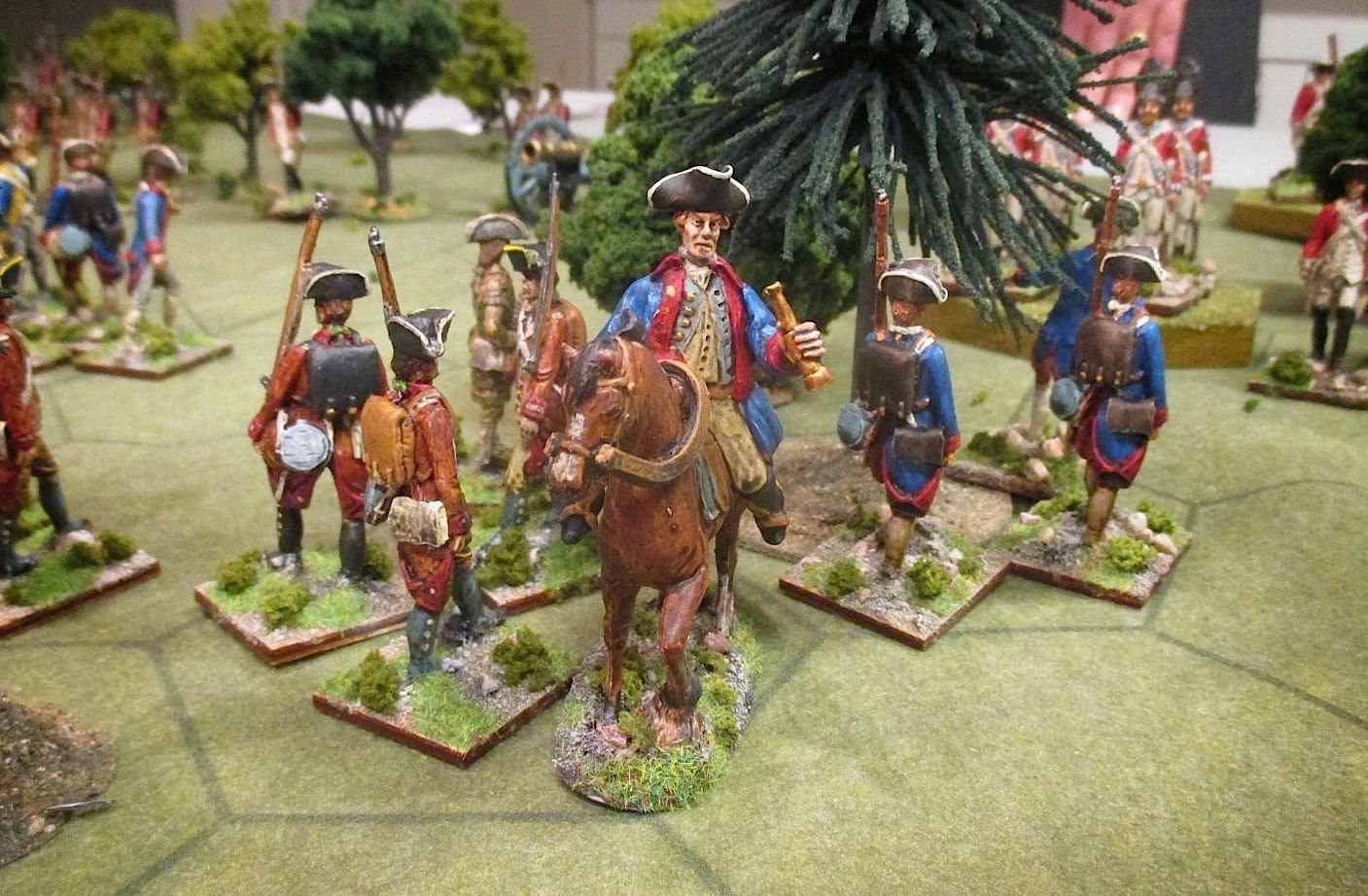