Bruce picked up the new DBA 3.0 rules awhile back and offered to run a game. We started with French v English and Bruce managed to win both games! 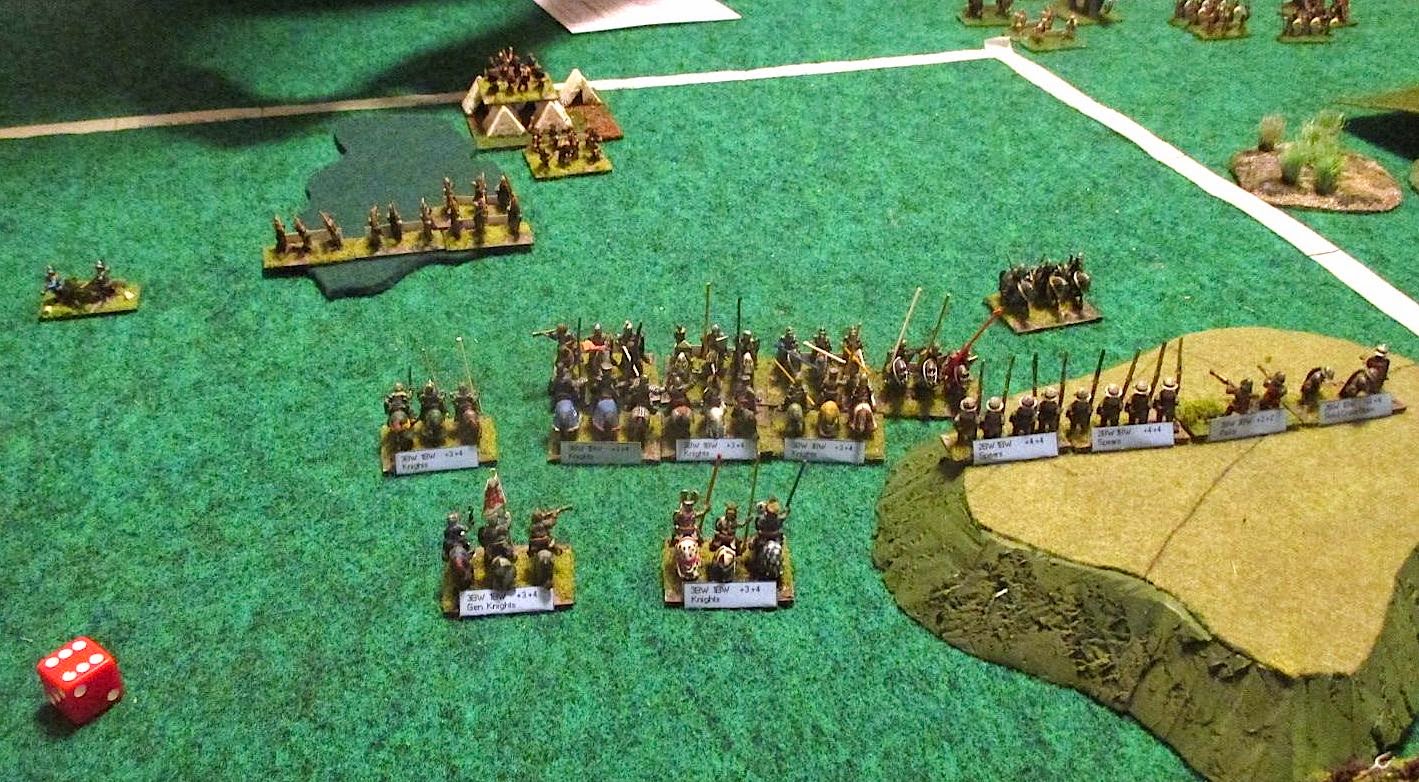 The first game looked good for me, bagging his general early on. But somehow I managed to get pounded in a swirling cavalry engagement. I did like the new terrain set-up mechanisms, though.

Game two looks good for me in the beginning (the right side especially). But then I discovered that  bow really don't need a quick kill against knights--just some reasonable rolls makes enough of a mess.

We then switched to Roman v Carthaginians. I managed a win as the Romans, cleaning up a littoral landing before managing to engage his main line using the new support rules. I do like how fast the units move to contact.

One my turn with the Carthaginians, I also tried a littoral landing (no terrain to make this so we just measured out a coastal zone) and promptly got myself into trouble. I was forced to send in the cavalry to try and avoid total disaster. And didn't... (a 1vs a 6 is bad news in any edition of DBA!). 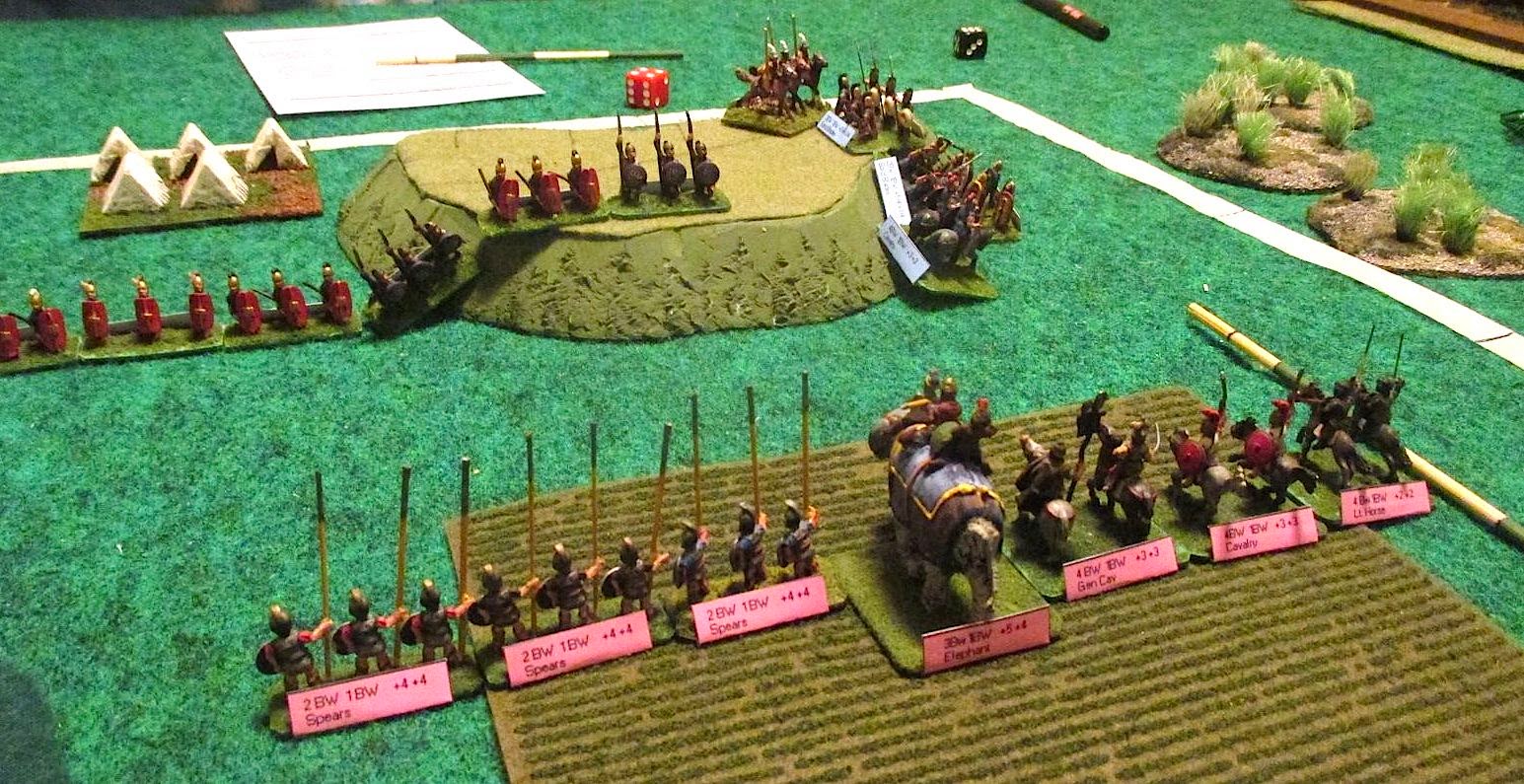 The game is much better, and the now annotated army lists alone make it worth the bucks IMO.

Looking forward to getting back into DBA. Much impressed!