A bit of a mixed bag this week as I transition from one project to the next. I have the last of the 54mm AWI figures finished. This fellow is a mounted British officer.

Despite spending a lot of time dry brushing to create the effect of a coat, the damned horse just turned out a uniform grey. Oh well. 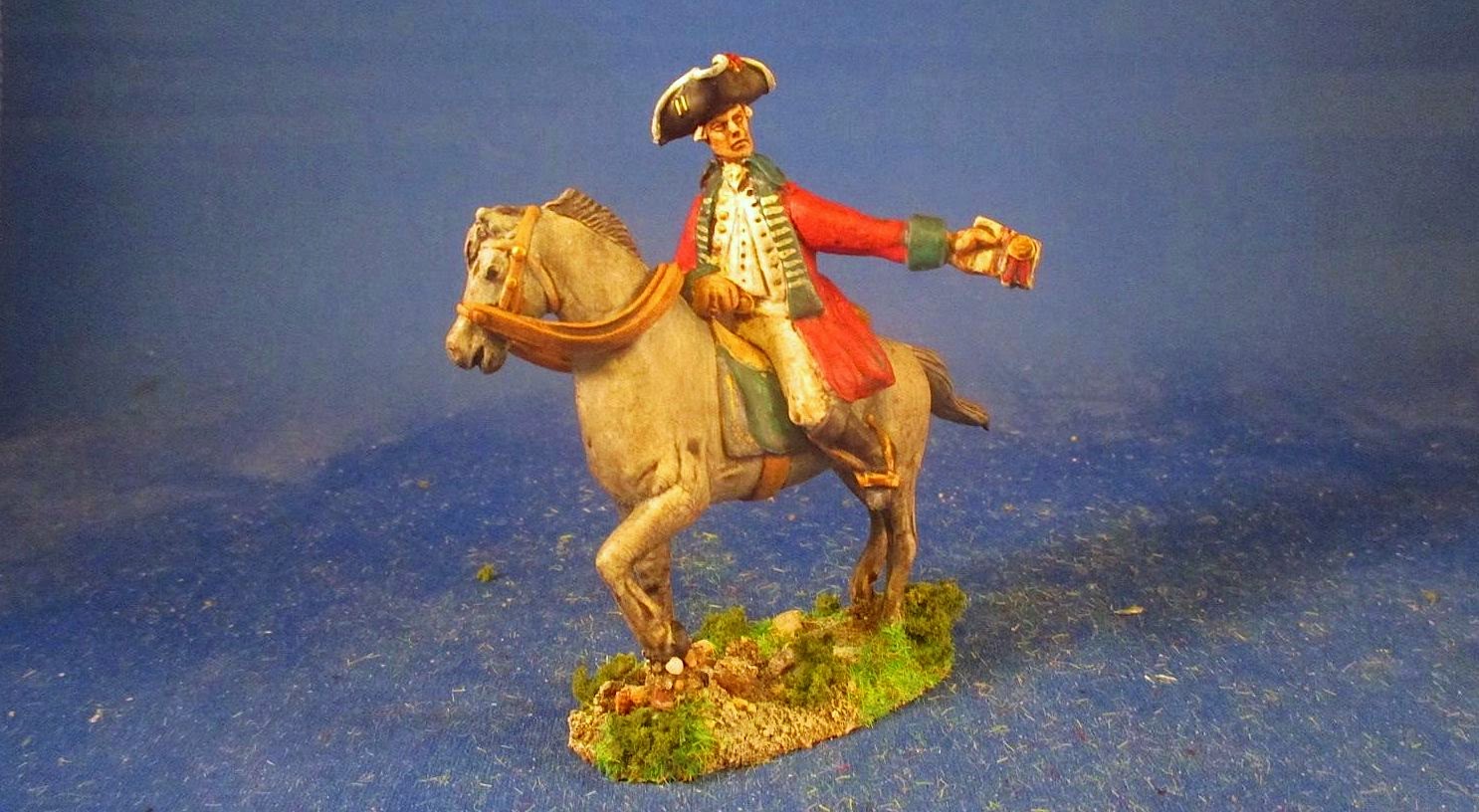 I also picked up the terrain pieces for a 25mm superhero game I have been mulling. This uses HO scale railroad scenery (under-sized, which I like). I stalled out finishing a bunch of buildings because I wasn't sure how to marry the fine detail of the buildings with the demands of gaming.

I picked up the rules to Power Legion last weekend so I also knocked off some lamp posts (moveable/throwable). I also hauled out my dremel and put some holes in my buildings to mount some signage. I hope to have more to show next week. This week I hope to get some gaming in with Bruce.
at 5:00 AM

Looking good Bob, when can we expect to see a Smackdown at the club with these Super Heroes?

Still likely a couple of month away from a club game of heros. Put together and primed the last three buildings this afternoon but need to do some fences and whatnot plus get conversant with the rules. Will keep posting shots as the town develops. One issue with bringing a 4x4 Gotham to the club is the transport. The wooden base breaks down ino two pieces and the buildings are all loose. But the buildings are also fragile. We ll see how this develops.